Bizarre stories round up: Secret apartment behind bathroom mirror, snake found in inhaler and more

We have rounded up the top bizarre stories from this week and they won't disappoint!

Well, here we are again, at the end of another bizarre packed week- so here are the stories that have been grabbing our attention in the media over the last seven days... 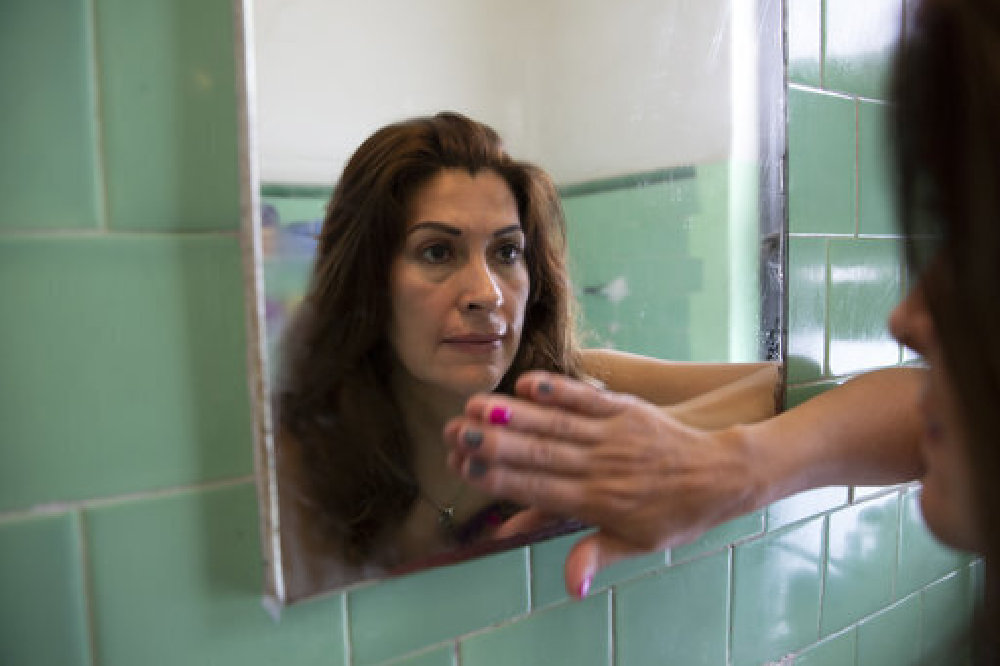 Hunter Ray Barker waded into the pool that had been filled with the condiment in aid of the Los Toros Mexican eatery in California, which has suffered losses amid the coronavirus pandemic.

The stuntman also received a tattoo of the restaurant's logo as he sat in the dip and revealed that he was determined to help out as the eatery is one of his favourites.

Barker said: "Obviously, a stunt like this is ridiculous - it's absurd, it's wild, but as with any stunt, I'm always in favour of something that edges on the side of absurdity if it can celebrate and at least make a couple of people laugh.

"If we can get more attention and turn a few more people into lifelong customers, that's what I love about it, too."

The animals had become stranded on a cliff above the sea in Dinas Island and were in "serious jeopardy" until a team of RSPCA officers intervened.

Extraordinary drone footage showed the grave situation the sheep found themselves in as rescuers had to abseil down the mountain and place the animals into secure bags.

"An operation like this takes a lot of planning, but fortunately everything went according to plan.

"The weather was relatively calm, and our system worked well - with officers accessing the sheep by abseiling down the cliff, before lowering the sheep in bags to a boat below.

"We're delighted to have been able to help these sheep in their hour of need."

The unnamed girl spotted the red-bellied black snake curled up inside her inhaler and summoned a team of snake catchers to deal with the reptile.

Red-bellied black snakes are responsible for a number of bites every year and their venom can cause symptoms such as vomiting and headaches.

Stuart McKenzie, from Sunshine Coast Snake Catchers in Australia, told 9News: "It’s one of the most incredible places we have ever found a snake before. I couldn’t imagine what it would be like picking it up and discovering it in there."

McKenzie added that the snakes have previously been found in a number of strange places.

He said: "They are just exploring, seeking food at this time of year before it gets cold again.

"We’ve found them in all sorts of places. Just recently we had a snake become stuck inside the tubing of a screen door."

Rin Kambe, who describes herself as the 'Japanese Rapunzel' and uses her six-foot locks as an expression of her creativity.

Kambe's jet black hair measures 6ft 3in lengthwise and she monitors the amount of iron in her diet to make sure it keeps growing,

She told LADbible: "About 15 years ago, when I started to earnestly pray for my dream as an artist, I decided to cut the dyed part of my hair and grew my super long natural hair beautifully, because it felt like natural, beautiful, super-long hair was a weapon of dance expression.

"My hair is straight, black, and I like the fact that my hair can express the beauty of Asia.

"There are people in the world who appreciate it, and there are also people who think it is a monster of hair.

"I think there are many opinions. However, I believe that natural hair leads to maximum self-expression, and I am very happy if people feel amazing when they see my Rapunzel dance show."

Samantha Hartsoe was investigating the source of a cold draft in her New York home and tracked the air to her mirror in the bathroom.

When she removed the mirror, Hartsoe found it was hiding a large, square hole into a dark room - which turned out to be a vacant apartment.

She told NBC: "Curiosity killed the cat, curiosity is going to kill me.

"I can't not know what's on the other side of my bathroom."

Hartsoe explored the entire residence where she found an uninstalled toilet and an empty water bottle. She made sure that the door to the apartment was locked before making her way back to her own property.

She added: "I was kind of expecting there to be somebody, especially with the water bottle being there."