Let's take a look at some real, amazing witches—some accepting the label by personal decree, some by public consensus

Ask seven-year-old me what a witch was and I'd talk about the arguably problematic tropes of hunched backs, long noses, and claws. I'd talk about broomsticks, black cats, and pointed hats. It's all we know as children, our definitions shaped by the swath of fictional witches who want to steal your ruby shoes, to poison your apple, or to plump you up so they can devour you whole. Movies offer us a narrow and pervasive definition of "witch" from our first viewings of The Wizard of Oz, Snow White and the Seven Dwarves, and any and all Halloween cartoons. 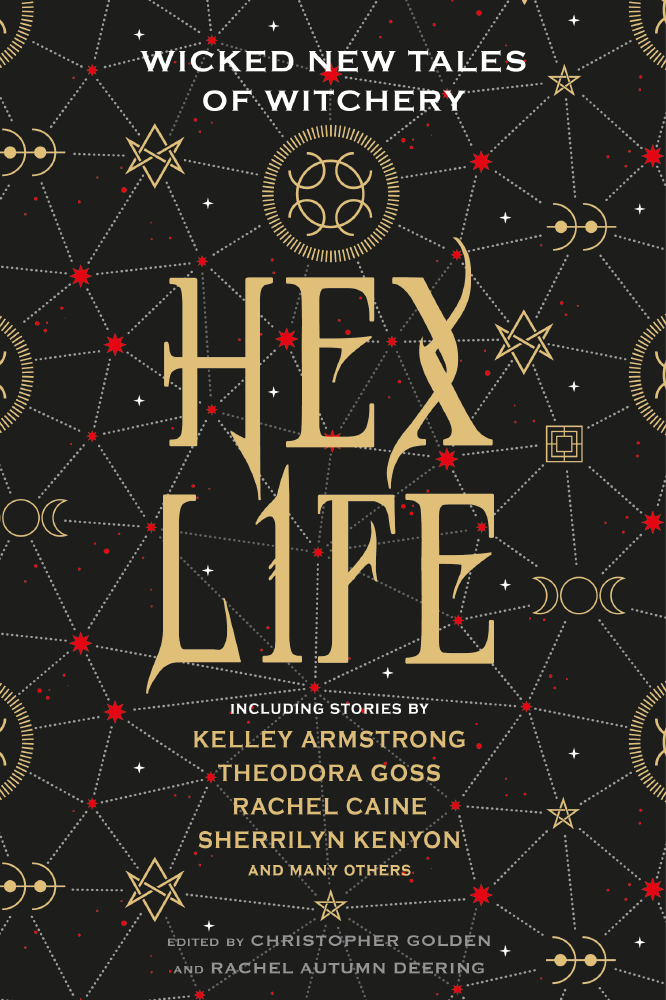 Years later, though, after numerous books, documentaries, and friendships with practicing witches, my personal understanding of the term has evolved. "Witch" is less about magic—though there is plenty of that to be found!—and more a declaration (and historically, an accusation) of power. Educated women, empowered women, women who dared say "No" all bore the mantle of witch, sometimes to devastating ends, regardless of whether or not they practiced magic. In fact, I'd dare go so far as to say witches and magic are comfortable companions, but one does not necessarily define the other. Over the years, a witch label has been more an agenda against feminine power than it ever was proof of consorting with devils, particularly when you consider things like "washing your hands before tending wounds" could be construed as witchwork in the days when no one had the faintest clue what bacteria was because they couldn't see it.

Something that comes up time and time again when talking to modern witches is how important the distinction between declaring oneself a witch and being declared a witch is—one is a modern philosophy of self-actualized power with a reverence for their siblings lost to the stake or the noose, the other a way to condemn women for being unlikable. What's unfortunate, then, is how the public perception of both are the same and how "safe" you are bearing that label depends on your location and the traditions of that location. The last European witch was executed in 1782, but England only repealed their Witchcraft Act of 1735 in 1951. The last witch trial in America was in 1878, an event notable less for the fact that Christian Scientists were accusing one another of witchcraft and more that the trial took place in the Salem courthouse almost two hundred years after their infamous brutality, and yet, some places still have anti-witchcraft laws (South Africa still upholds the Witchcraft Suppression act 3 of 1957, for example). Per Italian-American scholar Silvia Federici, some 30,000 people have been killed in witch hunts over the last thirty years on every continent except Antarctica, so while we can definitely say it's safer to be a witch in these modern times, it's still not completely safe, nor does it look like it will be for some time yet. Take, for example, an uptick in witch-based violence in China.

That said, let's take a look at some real, amazing witches—some accepting the label by personal decree, some by public consensus—who grace our history pages. While not all or many of them practiced magic, they defied social expectations for the women of their times, and in that defiance, shaped the world.

In 1940, on the eve of Lammas Day (a harvest festival and holy day for witches) seventeen British witches congregated in the small town of Highcliffe-on-Sea and staged a large-scale ritual attack on Adolf Hitler and the invading German forces. Gerald Gardner, one of the founding fathers of Wicca, stated that invasions had been warded off twice before in English history (the Spanish Armada and Napoleon's 1805 planned onslaught) to much success, and so those magics were conjured again. Afraid a bonfire would attract German attention, the witches danced naked around a flashlight and willed Hitler not to cross the sea after France fell. And, in fact, despite German barges being loaded and ready to sail, Hitler never even made the attempt to cross the channel.

The 588th Night Bomber Regiment dropped 23,000 tons of bombs on Nazi targets and in doing so, helped win WW2. Picture if you will plywood biplanes: lightweight, tiny, one-manned aircraft that most people would run away from, screaming. Now picture three all-female air force units, specially approved by Stalin because women weren't supposed to see combat, using those planes in freezing cold conditions to night strike the Germans. The regiment earned the nickname Nachthexen (night witches) thanks to the soft sounds the lightweight planes made when swooping overhead—like the soft sweep of brooms. So feared were these ladies, any German airman successful in killing a night witch earned an automatic Iron Cross medal.

It's imperative I make a distinction about Marie Laveau: her status as witch is more a public assignment of title than one she necessarily embraced herself. Her charm- crafting, herbalism, and healing definitely categorizes her as a practitioner, though one of her very specific faith. Born in 1801, Marie was a high priestess of voodoo—a wise woman who counseled through magic and the rituals she hosted on the shores of Lake Pontchartrain. A mother of fifteen, Marie dedicated her life to her community, and when colonialism saw much of that community assimilating into mainstream culture and abandoning the old ways, she relocated to Algiers, a primarily black neighborhood where enslaved African people first arrived in the country. There, Marie continued to practice voodoo until she died at the ripe old age of eighty.

To this day, should you visit her grave at St. Louis Cemetery No. 1, you will see Marie's tomb adorned with triple X's—a bevy of prayers and offerings from those seeking a blessing from the long-dead queen of Voodoo. Read more here.

4) Martha Carrier, The Woman Who Called It Like She Saw It.

When four teenaged girls (Susannah Sheldon, Mary Walcott, Elizabeth Hubbard, and Ann Putnam Jr.) arrived on Martha Carrier's doorstep in 1692 and proceeded to put on a dramatic performance where they accused Martha of all manner of terrible things including:

Martha did what most of us would do in her situation: told them they were completely off their rockers. Her bluntness likely got her killed. Martha was outspoken, defying social expectations with not only her brash demeanor, but by having the audacity to not marry the father of her first child until she was seven months along. She also took equal parts responsibility in the farm management, something unheard of for women at her time. After a rather unpleasant land dispute with her neighbor, the gentleman in question capitalized on the witchcraft allegations against Martha, saying she'd afflicted him with the pox all in an effort to lay claim to her land.

Another not-actually-a-witch witch, Martha remained a complete badass right up until her execution on Gallows Hill, refusing to name any co-conspirators despite the fact it would have saved her life. Even as she stood on the scaffold, her voice could be heard ringing out, declaring what was happening to her and others a "falsehood so filthy."

5. The Witches of Subeshi. Not Just Witches, But Mummy Witches.

Passage between the eastern and western worlds has long been a point of historical fascination. Scholars have been tracking migration for centuries, and just as they thought they had it relatively figured out, 4,000 year old Caucasian mummies were found near the Silk Route in the TaklaMakan Desert, in current day Xinjiang, China. Called The Witches of Subeshi on account of the two-foot tall cone-shaped "witch hats" on their heads, the mummies clearly wear western clothes in an eastern location… long, long, long before such travel was thought possible. While, once again, "witch" was probably not their self-appointed name, there are two current theories on the Subeshi mummies and their origins. The first is that they were shaman and healers, a possibility given credence by the presence of another mummy who had surgical incisions in his abdomen sewn up with horse hair. Or, and this one is equally as fascinating, the presence of a single glove on the corpses indicating the witches hunted with raptors.

… the bird kind. Not the Jurassic Park kind.

Witching Hour: Why Shadow work is important to our spiritual and mental health