Courteney Cox is threatening to sue newspapers and magazines that publish photographs of her daughter's baptism. The Former 'Friends' star and actor husband David Arquette are furious that pictures taken at ten-month-old Coco's celebration earlier this month are being distributed to the media. In a statement the couple said: "Although we are public figures, we do have a right to privacy. The photos from our daughter's christening are being distributed without our consent. "Anyone publishing these photos will be in copyright infringement and liable to legal action. We appreciate your sensitivity to this matter." Courteney's 'Friends' co-star Jennifer Aniston was also at the baptism where she was named as one of Coco's godmothers. Afterwards Reverend Doug Carpenter said there were no pictures taken during the ceremony but everyone asked for their photos to be taken with the stars afterwards.

America's New York Daily News has now confirmed it has received the private pictures and reports the sender as 'Jennifer Aniston'.

However, Aniston's representative denied they were from the actress, saying: "The person who is sending them out pretending of be Jennifer is an imposter." 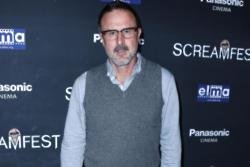 David Arquette would jump at chance to return for Scream 5 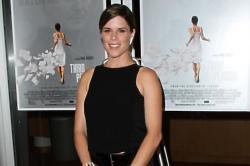 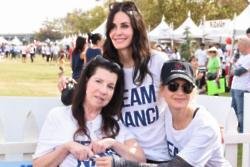