Jet have blasted Madonna, claiming she only "became famous for masturbating".The outspoken Australian rockers - whose hits include 'Are You Gonna Be My Girl' and 'Put Your Money Where Your Mouth is' - insist the 'Hung Up' singer never had to work hard to be successful, instead relying on her sex appeal.They have also branded her classic hit 'Like A Virgin' a joke.Drummer Chris Cester said: "Can everyone just shut the f**k about Madonna? 'Like A Virgin'? Please. How the hell did she become so f****g famous? What for, masturbating? Everyone does that love!"Madonna is not the only female star to recently be attacked by Jet.The band have written a song ridiculing Paris Hilton over her homemade sex tape.They mock the socialite - who inadvertently starred in the X-rated movie 'One Night In Paris' with ex-boyfriend Rick Solomon - in new track 'Rip It Up', which features on their latest album 'Shine On'.

Included in the lyrics are the lines: "Did you ever get the feeling you were born to lose, smacked in the face with a silver spoon. Skinny doll gimme your magazine queen, just spread your legs for the silver screen. From the bedroom baby to the city a' light, you look pretty good but you're not so bright. Flashin' your stash ain't nothin' new." 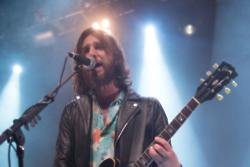 Nic Cester: Jet split because we were a rock 'n' roll cliché 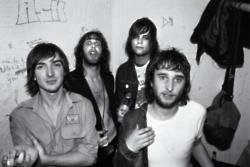 Nic Cester: A new Jet album would be tricky