Gay Leaders Urge Paris To Apologise.Gay rights leaders in Los Angeles are calling on PARIS HILTON to explain herself after making a series of anti-gay and racial slurs in a video that began circulating in cyberspace last week (ends02FEB07).The video, which appears to have been taken by an amateur videographer at a private party, shows Hilton referring to someone using the derogatory term "faggot" and describes herself and sister NICKY as "n**gas".And the leaders of the Gay & Lesbian Alliance Against Defamation (GLAAD) are outraged by the footage.They're calling for Hilton make a public apology before the video gets wider play.GLAAD President NEIL G. GIULIANO says, "When Paris Hilton utters these words into a camera, it creates a permanent record that... she must bear responsibility for."These are not frivolous words, and to use them as if they are gives tacit sanction to the racism and homophobia they engender. Hilton has an obligation to go on the record, explain herself, and publicly apologise to the LGBT (Lesbian, Gay, Bisexual and Transgender) and African American communities and all those offended by these slurs."Im related news

Lohan Parties With Paris While In Rehab

LINDSAY LOHAN has sparked fears she isn't taking her stint in rehab seriously after partying with pal PARIS HILTON at a Hollywood club last weekend (ends04FEB07).

The MEAN GIRLS star checked herself into a rehabilitation facility last month (JAN) but has been spotted out shopping and having lunch with friends.

On Friday night (02FEB07), Lohan and Hilton sparked a media frenzy on their way out of Les Deux nightclub.

Lohan, who is 20-years-old and not allowed to legally drink in the US, was spotted again less than 24 hours later sneaking out of West Hollywood nightclub Area alone.

The star has reportedly angered other residents in her rehab facility who claim she is using the premises more like a hotel than a treatment facility.

Lohan's representative LESLIE SLOANE ZELNIK slammed reports she was getting favourable treatment last week saying, "Lindsay is 100 per cent not getting special treatment.

"This isn't the Betty Ford clinic, it's not a lock-down facility. There is personal time." 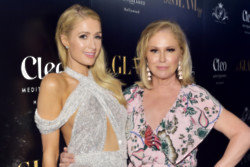 Kathy Hilton: This Is Paris put me into depression 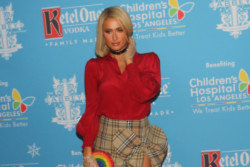