The 37-year-old reality star felt "isolated and alone" when her older sisters, Kim and Kourtney, graduated from high school so she "enrolled herself" into an alternative academic programme which she felt she'd be better suited to.

She recalled: "I went to a school called Montclair prep and I actually really loved it. And then my sisters who are about a year apart, they went to the same high school, an all girls Catholic school called Marymount high school.

"I then had to transfer to go there and it wasn't my thing...

"And then when my sisters graduated, I felt so alone and so isolated and I just didn't connect.

"I think you have to know your kids and I wasn't doing that well academically either.

"We lived in Hidden Hills and I ended up finding this school and it was a homeschool called the Alexandria Academy. I have no idea how I found it and I ended up enrolling myself.

"I forged my parents' name or something like that."

Although her dad, the late Robert Kardashian was furious when he realised what Khloe had done, he was impressed by her ingenuity so agreed to her making the move - but only if she was able to maintain a very high academic standard.

Speaking to Leomie Anderson on her 'Role Model' podcast, Khloe - whose mom is Kris Jenner - continued: "When my dad found out, he was really p*****off to say the least, but he said, 'I can't believe how much effort you went through to do this. So I'm going to let you ride it out but if your grades go under' - I think it was like, some crazy GPA - He was like, 'I'm ripping you out in two seconds, you're going back to Marymount.' "

Fortunately for the Good American founder, her risky move paid off and she "thrived" under the new regime.

She said: "I ended up really advancing and I needed that one-on-one focus. And, I think I just needed to feel just that someone was paying attention to me.

"There was so many other kids at the other school and it just wasn't my thing. I kept getting questioned if I was really related to my sisters, because I look so differently, I just kept getting it. I didn't feel comfortable.

"I didn't feel safe there. Not like in a way I would be attacked but I just didn't feel like I connected.

Listen to Khloe Kardashian on 'Role Model with Leomie Anderson' on Apple, Spotify and all podcast providers. 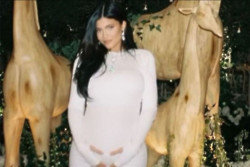 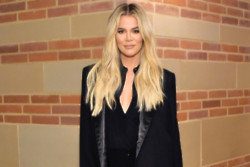