Exclusive: Beth Tweddle on the World Gymnastics Championships and life as a mother in a pandemic

"I’ve seen the impact of having home events, I’ve seen participation levels go up in gymnastics, so I just think there’s so many positives to having the World Championships in Liverpool..." 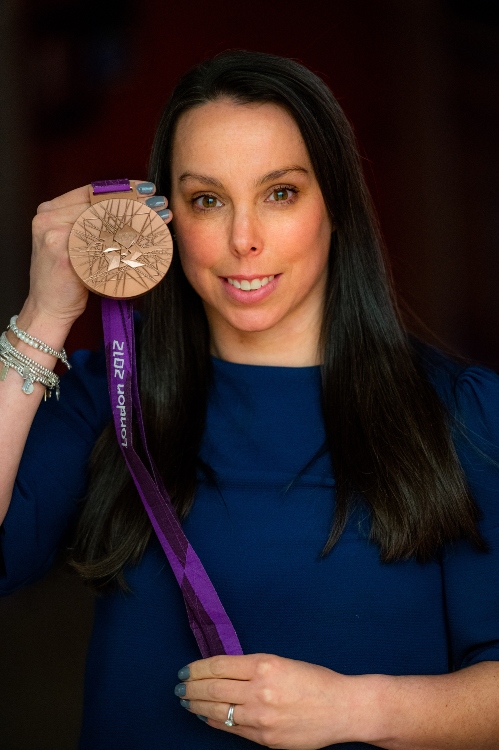 Since Olympic bronze medallist Beth Tweddle MBE became a parent to her daughter, Freya, in 2019, the gymnastic has been flying under the radar and adapting well to caring for a young child in lockdown.

However, Tweddle is now sharing her excitement about being an ambassador for the World Gymnastics Championships which are coming to Liverpool in 2022.

Taking place between October 29th until November 6th of next year, Liverpool will host one of the largest sporting events the city has ever seen as the competition will act as a qualifying event for the Paris 2024 Olympic Games.

Tweddle spoke of how much she loves being a mum, how she combines parenthood and sport, and she revealed how delighted she is to have the World Gymnastics Championships come to the place where she used to train.

The World Gymnastics Championships come to Liverpool next year, how excited are you for that?

It is really special. I was lucky enough to compete in three home events: the World Championships in London, the European Championships in London and then the Olympics in London. So, to have a home event is amazing. But to have a home event in the city where obviously I did most of my training, it is really special and the fact that I’m an ambassador for it; I’m really excited about it coming to Liverpool.

I mean, Liverpool has so much to offer for the spectators and also the gymnasts themselves. To have a stadium that’s surrounded by restaurants, hotels, shopping, the history of Liverpool is fab in itself and for your spectators you’re going to have the world’s best gymnasts right in front of you so what better way to inspire that younger generation coming through.

I’ve seen the impact of having home events, I’ve seen participation levels go up in gymnastics, so I just think there’s so many positives to having the World Championships in Liverpool and obviously it’s extra special for me because that’s where I did all of my training.

Do you think they’ll inspire a whole new generation of gymnasts as they’ll be able to go and watch it live?

I really hope so. When you see these youngsters, they come and they see it live. Normally it’s held abroad and so obviously not everyone can go and watch it but if it’s in your home country parents can make it a fun family event.

The fact that you’ve got all of the other things that Liverpool has to offer, you can make a whole weekend or week of it, whatever that family wants and bring their young children. Whether they’re gymnasts or not already or whether they’re hoping to inspire their children to take up gymnastics I think it’s just a great platform to inspire a generation. 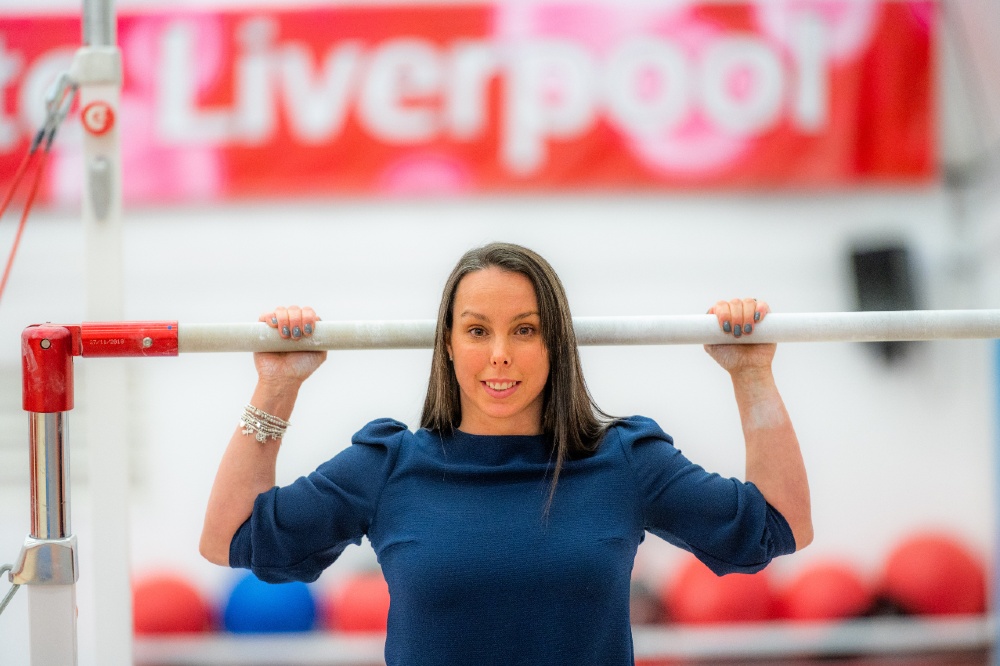 What advice would you give to up-and-coming gymnasts, whether they’re just starting to have an interest in it now or they’ve been doing it for a while?

Enjoy it. I think the main thing is that if you don’t enjoy something you don’t want to keep going with it. Everyone asks me: “Why did I continue for so long?” And the reason I kept continuing with gymnastics is that I just loved it. I loved doing what I did and the fact that I got up everyday and I was able to be a gymnast was amazing and the fact that I was able to do it for so long.

So, yeah definitely enjoy it. And not wanting things yesterday. I was always wanting results - I was always like: “Why is it not happening yesterday?” Whereas actually, it took me 20 years to achieve that Olympic medal, so I think if I was to tell myself something when I was younger it would have been: “You’ve got time.”

Yes, that is right. They’ve had a couple of pre-build ups to it with British Gymnastics members and stuff but the general sale goes live [on April 22nd], so people who are involved in gymnastics as a community have been so excited to get their tickets and I know a lot of my friends have already got hold of their tickets and can’t wait to be there.

How has parenthood been so far especially having a young daughter to care for during a global pandemic?

It’s amazing. Freya puts a smile on my face every single day. Obviously, she was only very, very young when the first lockdown kicked in; she’d only just started nursery so obviously she spent a lot of time at home with me because nurseries were all shut but I take the positives from that in the fact that I was able to spend so much more time with her and I was able to see probably a lot more of her firsts that may have happened while she was at nursery

I just created a little routine with her, we used to go for a walk every morning to get out in the fresh air to kind of get away from the house and start the day off. I just love it, like I said she puts a smile on my face every day. I love being a mum.

This may sound self-explanatory because you’ve had an amazing career in gymnastics, but why is sport personally important to you?

I was always very active as a child, so my parents introduced me to lots and lots of different sports and there was never that expectation of me to take it to an elite level. And obviously they were very supportive and proud when that came through, but sport can teach you so much more than just the sport that you’re learning. You pick up all the extra skills, so things like the social element, the friendships, the teamwork, resilience and perseverance. So there’s so many of the skills that you pick up through doing sport and I think that’s why I’m so passionate and now being a big advocate for children doing physical activity.

I’d love it to be gymnastics but just being physically active is obviously so good for your physical wellbeing but also for the mental wellbeing and I think people have really noticed that through lockdown, having that exercise allows you to be physically well but also the mental health section around it as well. 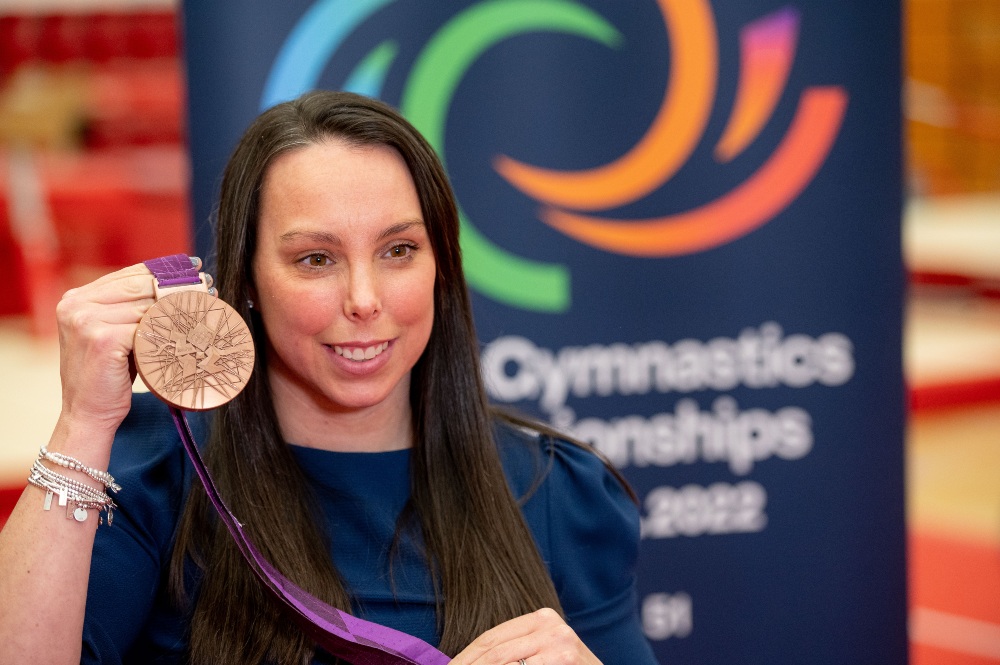 Do you think it’s possible to combine parenthood and sport, especially in a time like this?

Yeah, of course, I think you can combine it. There’s lots of activities you can do with your children but for me I do stuff with Freya but then I also have my own time, whether it’s that Freya is at nursery or she’s with my husband, where I’ve got my own time to do physical activity as well, and it just gives me that ‘Beth time.’

I think it’s really important to combine both and Freya loves being outside so she’s always running around the garden and wanting to do lots of different things, so I think it is possible to combine both.

Do you hope that your daughter Freya will have your competitive streak in sport?

You know what, a lot of people have asked me about that or whether she’s going to follow in my footsteps in gymnastics. Between myself and my husband we just want Freya to be happy, that’s always the key goal. Of course, we’re going to expose her to lots of different sports, so she does swimming - she loves being in the water. I think we’ll just expose her to lots of different things and then it’s really up to her what she wants to do and what level she wants to do it at.

Gymnastics is a great fundamental sport so it’ll be great for her to do it at a young age, just kind of that body awareness and body management. All of those skills that I spoke about before, she’ll pick all of that up by doing sport at a young age and obviously I’ve got lots of local classes myself, so I’m sure she’ll be joining in one of them and I’ll let my husband take her.

Where do you keep your medals?

I keep my Olympic one with myself just because pre-lockdown I was doing a lot of school visits and the kid’s faces when they see the medal and get to hold it, it’s amazing, seeing that reaction. And then my mum and dad keep hold of a lot of my other stuff at their house.

Having taken part in Olympic Games yourself, how do you think the Team GB athletes who are going to the Tokyo Games this year will be feeling knowing that there won’t be any fans in the stadiums to cheer them on?

We’ve seen very different scenarios over the past 12 months. Various sports have still gone ahead and they obviously have virtual crowds there. Every athlete will be focussing on their journey to either getting their selection or getting their preparation ready to be going if they’re already selected.

Tokyo will still do everything they can to make it the best experience for these athletes. And for the athletes, their dream is to go to the Olympics so it’ll still be really special that they’re there and I’m sure Tokyo will do everything they can. I know Team GB will be doing big campaigns back at home to make sure that the athletes are feeling that support, even though obviously international fans aren’t allowed to travel.

Tickets for the World Gymnastics Championships are on sale now, at www.2022worldgymnastics.com/tickets.

MORE FROM LUCY: Chatting with This Girl Can's Charlotte Lynch

Team sports took a big hit during lockdown, with matches being called off left, right and centre and group training cancelled due to Covid restrictions.

This experience was no different for This Girl Can’s Charlotte Lynch who plays for the London Super 5 League, a 5-a-side football league for women and non-binary people... 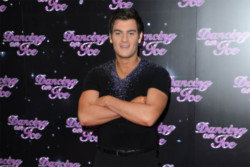 Matt Lapinskas joins the cast of Hollyoaks for Mallorca special 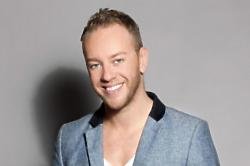