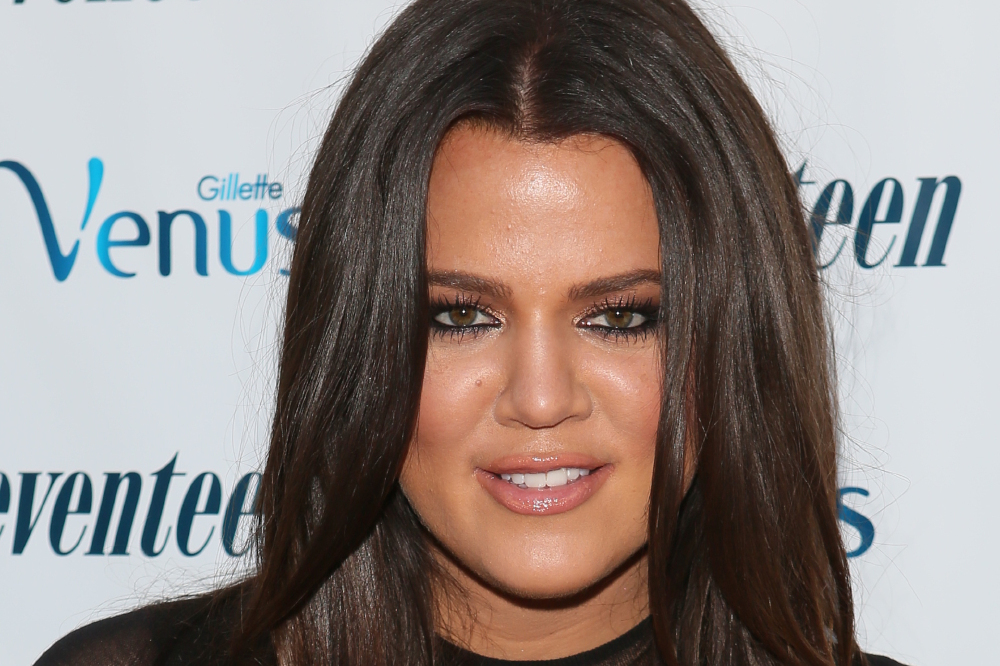 Khloe Kardashian has been attracting press attention for the wrong reasons recently. The 29 year old married to Lamar Odem has suffered from well publicised wieght issues which some believe went some way to her losing her role as presenter for the U.S. X.Factor.

Khloé Kardashian Odom reveals how she has been effected by her body critics and how she is staying confident whilst also admitting the media spotlight has taken its toll, but she’s all the more confident for it.

“I’m confident in who I am. I’ve always known that I’m not Kim and I’m not Kourtney – I’ve always been OK with that… I probably thought I was prettier before I entered the spotlight because being compared to somebody else every day does sort of beat up your spirit and soul. But it’s made me stronger. I’ve gained another level of confidence.”

On the constant comparison to her sisters:

“I’m pretty tough. I want to say I don’t care, but of course [comments about my body] are going to sting. After my father died [when she was 19], I gained a lot of weight, and then I was in the spotlight. I was quickly criticised for not being a cookie-cutter sister like Kourtney and Kim. I lost about 30lbs before I did Kourtney And Khloé Take Miami [in 2009]. I was feeling so good about myself and I was still so critiqued. I thought, ‘Oh, my gosh, if I’m not good enough now…’ And that’s when something clicked in my brain: I have to do whatever is good for me… I feel that I’m healthier [now], but I don’t think I’m prettier thinner.”

On her critics and becoming a victim of public bullying:

“It’s so easy to fall victim to public bullying. I understand why so many people in this industry have eating disorders or want plastic surgery, and I’m proud I’ve done things the healthy way and haven’t felt bullied into having my face operated on. I’m not against it. When I’m older you never know.”

“My weight has always fluctuated. Diet is the hardest part for me. I’ve had to learn a bit of self-control… Lamar just lost 25lbs. He was put on this amazing meal plan and through him I learnt what I should be eating.”

“I’m very modern day when it comes to my personality and my work, but I’m very old-fashioned with my morals and values of being husband and wife. And he will come first… It’s very taboo nowadays to support your man, but you have to do what makes you happy – even if someone else doesn’t understand.”

Treating Lemar - Cooking for him naked!

Her fertility struggles, she’s in no rush to have a baby:

“I just wanted to be, ‘Hey, let’s have a baby,’ and we would just have one. Kourtney did. And I wish that was the way for me. But it won’t be. I’ll have to take hormones. I do want to have a baby, but I don’t feel the urgency to have one this very moment.”

Other relationships in her life, she will never manage her kids like her mum:

“I’d never manage my kids. We gang up on Mom and that has to be so hard. Now I’m getting older I feel sorry for her rather than resent her. “[Once my mom told me] I was gaining weight, but she was talking to me as a manager, like I was ruining a brand deal. It’s hard to understand that and it’s more hurtful when it’s coming from my mom, but Kim is definitely her favourite. It doesn’t bother me. They’re so similar – they could be the same person.”

On Kim, she loves the rapport the family has with Kanye West:

“I think Kanye [West, Kim’s boyfriend] knows how to deal with Kim really well. Because we’ve known him for so long, he’ll come to us if he wants advice on a birthday present or something. I like that. Kris [Humphries, Kim’s soon-to-be-ex-husband] wouldn’t even talk to us. I love that with Kanye we have that friendship. Because when you’re with one of us you’re with all of us.”

The full interview appears in the June issue of British Cosmopolitan, on sale 2nd May.