Meghan Markle’s Oprah interview on CBS in March dress labelled Dress of the Year by the Fashion Museum in Bath.

The black Armani dress the Duchess of Sussex wore for her bombshell interview with Oprah Winfrey has been named the 2021 Dress of the Year, an honour given out since 1963. 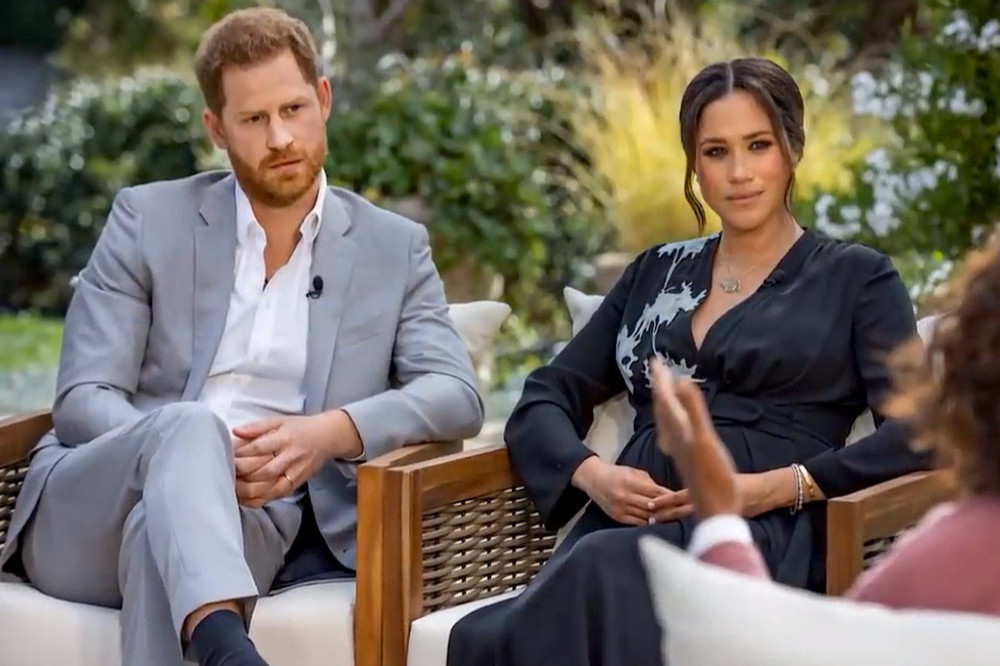 Meghan Markle’s $4,7000 frock from the Giorgio Armani Spring/Summer 2022 Cruise collection -which she sported while pregnant with her daughter Lilibet, now eight-months - was given the honour by the United Kingdom’s Fashion Museum in Bath

In a statement, Ibrahim Kamara and Gareth Wrighton, the editor and art director of Dazed: "In today's hyper-stylised pop culture, the Dress of the Year now has the potential to also be 'meme of the year' and we both latched upon Meghan and Harry's now iconic interview with Oprah as the definitive anti-establishment moment that will forever endure in the British collective consciousness.”

The interview - which took place in March 2021 - contained allegations that shook Buckingham Palace after Meghan and her husband Prince Harry, 37 - who she also shares two-year-old son Archie with - claimed that she experienced racism from senior members of the royal family and the British press. In addition, Meghan claimed her pleas for help for suicidal feelings went unanswered by staff from within The Firm.

Of dealing with her mental health crisis, the 40-year-old former actress told the 68-year-old veteran broadcaster: "Look, I was really ashamed to say it at the time and ashamed to have to admit it to Harry especially, because I know how much loss he has suffered, but I knew that if I didn't say it, then I would do it. I just didn't want to be alive anymore.”

In addition, Meghan spoke about the "concerns and conversations about how dark his skin might be when he is born,” after Oprah expressed her shock, Meghan added: "There are several conversations, potentially and what that would mean or look like."