"Sexuality is who we are.”

Many of us don’t actually know sex as well as we think. We may know the ins and outs (excuse the pun), but do we really know our own bodies, let alone someone else’s? Alex Liu is on a mission to change this.

Alex Liu has been in a form of sexual repression his entire life; however, at 36 years old, he has made the choice to stop hiding from his sexuality, the idea of sex, and the education that many of us receive.

Sex education, in many places (especially the United States) is lacking, to say the least. Some states in the U.S. are told to teach that homosexuality is wrong, and many others aren’t required to teach anything of value at all.

Alex wants to put an end to this, and he’s starting with this documentary, which is a sensual, educational and exciting guide on how we can all learn more about sex, ourselves, and the wonderful world around us.

Upon seeing the trailer for A Sexplanation, I knew I had to see it. It highlighted Alex’s amazing personality, as well as promising a journey through sex, self-realisation and much more; I was not disappointed.

With shows such as Sex Education on Netflix reflecting the very real problem of how little today’s youth know about sex and their own bodies, not through any fault of their own, I was definitely looking forward to seeing Alex tackle this crisis, if you will.

Despite this, and his terrible sex education at his school, Alex still took the leap into the crazy world of sex, and everything it involves, which I thought was incredibly brave.

Alex seems like a genuinely wonderful person, and someone who has been failed by America’s education system. For him to take the first steps by himself into understanding more about sex, and why shame shrouds it so tightly, was incredible to watch.

He has a wonderful personality, and a great sense of humour, but knows when a more serious tone is needed. That mixture of fun and humour, along with seriousness and understanding was perfect.

A Sexplanation starts a little silly, easing me into what’s to come. But it also wasted no time with getting right to the point of the feature, which was for Alex to take me on his personal journey, and for him to educate me and everyone else watching about what sex can be.

The filming style felt so personal and grounded to me, like Alex really was taking me on his journey, and I can only imagine anyone else watching will also feel as though they are the only ones watching.

Talking about sex can sometime be awkward, especially with parents, and for Alex to finally bite that bullet and have ‘the talk’ with his parents, at 36, was amazing. His parents, and his grandmother’s parents, didn’t exactly have the best sexual education, leading to Alex not having a good one either.

I loved this atmosphere, and the whole documentary was well-written, filmed and executed, and I enjoyed every minute.

One of Alex’s goals is to squash this cycle, and show how important it is that we all get a proper, accurate sexual education. Many Americans, it seemed, were shown pictures of STIs (sexually transmitted infections), and that was it, more or less.

Alex proved that it is more significant than ever that we not only know what an STI is, but how to prevent and treat them, just like we would any other medical issue.

Alex spoke to sexual health professionals who not only opened his mind, but mine also. Being straight, I never went through a stage of confusion about my sexual identity like Alex did, and so I thoroughly enjoyed seeing him become more and more himself as the feature progressed.

I also loved learning about him, and what he’s been through. Sex isn’t just sex, I realise now; it is a whole world we know very little about, and A Sexplanation is a genuinely brave and beautiful step into that universe that we should all take with Alex.

This documentary blew my mind, in more ways than one. It was sad to hear what gay, trans, and other members of the LGBTQ+ community have been through over the years; it was also shocking to see just how many people are behind the times when it comes to sex.

Many people, for example (such as world leaders and teachers), still believe that sex before marriage is wrong, and should only be initiated when having a child.

This is, of course, incredibly outdated, and the medial experts Alex spoke to offered their own opinions on sex and what it can mean for all of us, which was eye-opening and genuinely freeing.

Alex also spoke to scientists, which was very interesting, as they are the first people – ever – to study sex using an MRI machine. Alex is one of first people to, as he put it, donate an orgasm to science, as he masturbated in the machine so the scientists could study his brain functions, and other reactions.

This was new to me, but definitely opened my eyes as to how little sex is being studied, and why it must be explored.

Watching Alex go through this journey was a pleasure, and it was clear that this feature meant so much to him. I felt emotional watching him speak with his parents about their sex life and his own, simply because I could talk to my mother about anything (still can), and I was happy to see him being given that same luxury, as he more than deserves it.

I could go on for days about how much I loved A Sexplanation. It was comedic, freeing, educational, and is an incredibly relevant and significant documentary for absolutely anyone to see.

This is a must-watch, and something I wish would be shown in schools, as it is the perfect sexual journey that goes through fetishes, sexual thoughts and experiences, personal identity and so, so much more.

A Sexplanation will be available on Digital Download in the UK from June 6th, 2022, on iTunes, Apple TV, Google Play, YouTube and Amazon.

Watch the (uncensored) trailer for A Sexplanation below:

MORE: Disney movie Turning Red: Embrace the Panda and see the making of the film in Disney+ documentary 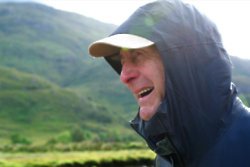 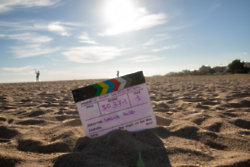