Buzz’s adventure will land in cinemas in June, 2022.

Disney is seemingly nailing it this year (2022), with their recent Disney+ movie Turning Red gaining huge praise; now, it’s time to officially get excited for the studio’s next cinematic venture.

Lightyear will be arriving on the big screen next month (June, 2022), and is already causing quite the stir.

The feature is an in-world movie, meaning that it would be something Andy within the Toy Story universe could watch himself. It details the life and adventures of Buzz Lightyear, now voiced by Chris Evans, iconic Space Ranger.

Joining Evans for the movie, is Uzo Aduba as his commander and best friend Alisha Hawthorne, Peter Sohn as Sox the robot cat, with James Brolin can be heard as the voice of Zurg.

With this news came a video which introduced Peake to the film, and saw the real-life Space Ranger discuss his excitement about being included in Lightyear.

Yesterday (May 6th, 2022) was National Space Day, which saw the announcement that British astronaut, Tim Peake, will be lending his voice to Lightyear in the form of ‘Tim’ from Mission Control.

Peake, when talking about his role in the movie, said that he was “Over the moon to be asked to be a part of Lightyear and to join the Disney and Pixar family!

“It’s been a huge amount of fun to be on the other side of a spaceship launch and wonderful to see how space continues to inspire and excite so many people. Lightyear is simply brilliant!”

Many fans of the Toy Story franchise, some of which were young adults or even children when the first film premiered in 1995, will no doubt be excited to see what Lightyear has in store for them as Buzz goes to infinity, and beyond.

Lightyear will release exclusively in cinemas on June 17th, 2022.

I cannot wait to see this movie. It’s got humor, of course, and with Evans now playing Buzz, it will definitely be memorable.

What really excites me, though, is the idea of it being an in-world film, something Woody (Tom Hanks) and the rest of the gang could watch. I really can’t wait to see what Lightyear has to offer.

Watch the latest trailer for Lightyear below:

MORE: Disney movie Turning Red: Embrace the Panda and see the making of the film in Disney+ documentary 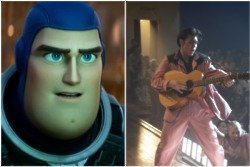 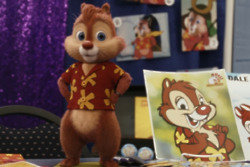 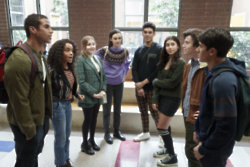