This week has some great film-related stories!

From news of Guardians of the Galaxy 3, to a Marvel actor’s newest project, and Jason Statham’s next role, this week had some very exciting news! Read about all this, and more, below!

Guardians of the Galaxy 3 has finished shooting

Only a few hours ago (on May 7th, 2022) via Twitter, the director of Marvel Studios’ Guardians of the Galaxy 3 has revealed that the exciting 2023 feature has finished filming.

And that’s a picture wrap on the Guardians of the Galaxy trilogy. I love this amazing cast & crew & their beautiful talent & kind souls. I’m a lucky human to have them on the journey with me for nearly a decade. pic.twitter.com/oVQCIfJjuZ

The Guardians of the Galaxy franchise was perhaps unexpected at its start, but has grown to be beloved by many Marvel fans. The film was set to release a few years ago, but suffered delays due to the firing and rehiring of director James Gunn.

While details, other than cast members, are being kept under lock and key for now, there is speculation that the threequel takes place after Thor: Love and Thunder, which releases on July 8th, 2022.

The Twitter photo shows Sean Gunn, Pom Klementieff, Gunn himself, Keren Gillan, and Dave Bautista, with a secondary photo underneath of Zoe Saldaña.

Daniel Brühl, best known for his role as Baron Zemo in both Captain America: Civil War and Disney+ and Marvel series The Falcon and The Winter Soldier, has been cast in a forthcoming true story motorsport thriller.

2 Win, the title of the project, takes inspiration from the events which took place in 1983 at the Rally World Championships. The tale’s focus will be on German racer Roland Gumpert, who competes with Italian driver Cesare Fiorio to win the tournament.

2 Win should begin filming in Europe later this month (May, 2022); some locations for the movie include areas where the events within the feature took place.

The forthcoming film’s narrative is said to be a fast-paced thriller which resides in the mythology of Bee Keeping, which is a somewhat unconventional plot.

Statham, who is known for starring in the Fast and Furious franchise, as well as The Meg and recent release Wrath of Man, is the only star included in the project thus far; production is expected to begin later in the summer (2022).

Director of the fourth entry in the John Wick franchise, Chad Stahelski, has recently spoken with Collider about the upcoming sequel, teasing the potential end of the franchise.

The John Wick series began in 2014 with the first film, and since then, it has become something of a phenomenon as lead actor Keanu Reeves continues to nail the role of the titular character.

While the narrative of John Wick: Chapter 4 are unknown, the movie is expected to continue where the third film left off, in which Wick was left for dead by Winston (Ian McShane).

Stahelski told the publication that they “introduce a ton of new characters”, and that the movie has “a good conclusion to an emotional thread that we’ve already had.”

"You planned for every possible outcome... but you couldn't plan for me."

Watch the explosive, exclusive trailer for Netflix's Interceptor, a film where a soldier with years of tactical training finds herself defending a nuclear missile interceptor alone. https://t.co/NgVYJmfqiz pic.twitter.com/165SNj84U1

The film will follow Captain JJ Collins (Pataky), who becomes the final line of defence on a solo missile interceptor station.

Reilly is a New York Times bestselling author who has written novels such as Scarecrow, The Army of Thieves, and The Tournament. Interceptor is his first entry into filmmaking.

The forthcoming film is set to release onto the platform on June 3rd, 2022. 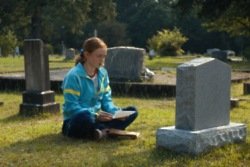 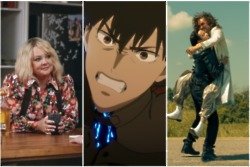