Quentin Tarantino is one of the best-known filmmakers working in Hollywood and is back this week with his new film The Hateful Eight - which is already winning over critics and audiences and picking up award nominations. 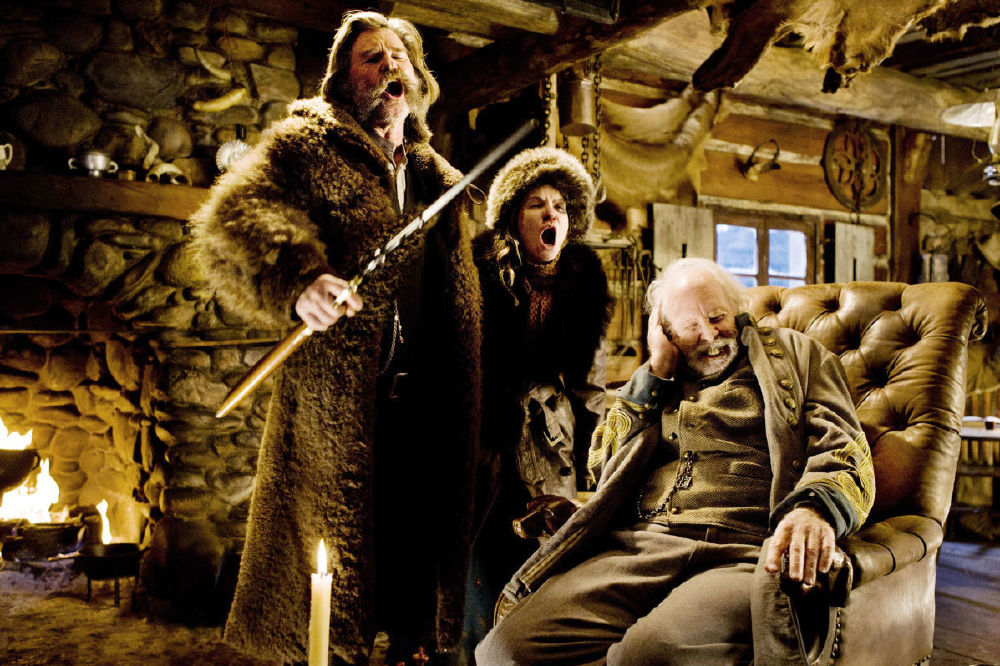 Tarantino is back on writing as well as directing duties as see him team up with Samuel L. Jackson, Kurt Russell, Jennifer Jason Leigh, Tim Roth, Demian Bichir, Walton Goggins, and Michael Madsen.

To celebrate the release of the new film, we take a look back at Tarantino's career and how his movies have performed at the box office.

When it comes to Tarantino movies, for now, none has grossed more than Django Unchained at the global box office. It was back in 2013 when Django Unchained hit the big screen and it was the first time that we had seen Tarantino tackle the Western genre.

The movie saw Tarantino reunite with Christoph Waltz for their second project together - their first being Inglourious Basterds. He teamed up with Jamie Foxx and Leonardo DiCaprio for the first time and the trio is fantastic from start to finish.

From the moment that Django Unchained started screening, it was a critical hit and it went on to play to acclaim around the world. While the movie had the violent element that we expect from a Tarantino film, there's also some great humour, and a terrific central relationship between Foxx and Waltz.

The movie was a big hit at the box office as it went on to gross $425.4 million by the end of its theatrical run - surpassing Inglourious Basterds as Tarantino's most financially successful movie.

Django Unchained went on to be nominated for five Oscars, including Best Picture. The film took home two gongs on the night; Best Original Screenplay for Tarantino and Best Supporting Actor for Waltz - the second Oscar of his career.

Inglourious Basterds was one of the most talked about and anticipated films of 2009 and it didn't disappoint as Tarantino returned to the director's chair and writing duties.

This time around, Tarantino tackled the war genre as he set the film during the Second World War and followed two plans to assassinate Hitler.

Over the years, Tarantino has brought together some terrific cast lists and Inglourious Basterds boasted another as Brad Pitt, Christoph Waltz, Diane Kruger, Michael Fassbender, Daniel Bruhl, Eli Roth, and Melanie Laurent were just some of the great names that were on board.

Inglourious Basterds went on to open to critical and financial success as the movie grossed $321.5 million at the global box office. At the time, it was Tarantino's most successful film and his biggest film since the release of Pulp Fiction.

Inglourious Basterds was another of Tarantino's films to taste awards success as it was nominated for eight Oscars; including Best Picture, and Best Director & Best Original Screenplay for Tarantino.

While Tarantino was to miss out, the film did win Best Supporting Actor for Christoph Waltz's fantastic performance as the villainous Col. Hans Landa.

It is fair to say that Pulp Fiction is perhaps Tarantino's most iconic film and the movie that everyone associates with this director. It is hard to believe that the movie will be twenty-two years old this October - yes, it really was released back in 1994.

Pulp Fiction was the second feature film for Tarantino - coming after Reservoir Dogs - and it was the film that really put the filmmaker on the map.

Tarantino took a risk and was brave enough not to tell the story in the traditional way of beginning, middle, and end, and it proved to be a remarkable leap of faith. While the nonlinear format was nothing new, it was not a method that was being used much in movies being made at that time. Tarantino's nonlinear style really did help revitalise this type of storytelling and it was something that we saw more and more in movies in the years that followed.

The movie grossed over $107 million at the U.S. box office it became the most successful cult hit of all time and the first indie film to gross over $100 million. It went on to gross $213.9 million at the global box office.

Pulp Fiction revitalised the career of John Travolta and sent the stars of Samuel L. Jackson and Uma Thurman rocketing. All three would pick up an Oscar nomination as the film received seven nods; including Best Picture. The movie would walk away with Best Original Screenplay.

By the time that Kill Bill: Vol. 1 hit the big screen in 2003, Tarantino has been away five years - his last film came in the form of Jackie Brown back in 1998 - and it was great to have him back.

Kill Bill: Vol. 1 saw Tarantino reunite with actress Uma Thurman in what was the first of two action movies. This was a very different role for Thurman as the character of the Bride turned her into a warrior and remains one of the best female action characters of all time.

The movie followed the Bride as she took revenge on the other members of the Deadly Viper Assassination Squad, who targeted her and her unborn child. Thurman was joined on the cast list by David Carradine, Lucy Liu, Vivica A. Fox, Michael Madsen, and Daryl Hannah.

Kill Bill: Vol. 1 was another critical success for Tarantino as the revenge movie won over critics and audiences upon its release. The movie went on to top the U.S box office and grossed over $180.9 million worldwide; easily making back its $30 million budget.

A year later, Kill Bill: Vol.2 hit the big screen and brought the revenge saga to a close. The movie follows the Bride as she continued her quest for vengeance against Bill, her former boss and lover.

While Kill Bill: Vol. 2 is perhaps less action-packed than the first instalment, it was still another success for the filmmaker. Together, the two films play incredibly well and it is a shame that they had to be split into two to bring down the run time.

Thurman picked up another Golden Globe nomination for her performance while David Carradine also picked up a Best Supporting Actor nod for his work in the film.

After the success of Pulp Fiction in 1994, we would have to wait until 1998 for Jackie Brown to hit the big screen in the UK.

Jackie Brown was based on the novel by Elmore Leonard and was adapted into a screenplay by Tarantino and was the first adaptation of his career.

Pam Grier took on the title role of Jackie Brown, a middle-aged flight attendant who finds herself in the middle of a conflict that she did not expect. This movie was to revitalise Grier's career as she starred alongside Samuel L. Jackson, Robert Forster, Bridget Fonda, Michael Keaton, and Robert De Niro.

When it comes to Tarantino movies, Jackie Brown is the film that quite often gets forgotten - despite the fact that it was both a critical and commercial success. The film grossed $74.7 million worldwide and was made for just $12 million.

Robert Forster picked up a Best Supporting Actor Oscar nomination while Pam Grier and Samuel L. Jackson were both nominated at the Golden Globes.

Tarantino made his full-length feature debut back in 1993 in the form of the fantastic Reservoir Dogs. Upon release the movie was not a big hit, but, over the years, it has gone on to be a major cult classic. After the success of Pulp Fiction, many went back to discover Reservoir Dogs for the first time.

Written and directed by Tarantino, Reservoir Dogs is set in the aftermath of a jewellery heist gone wrong and the surviving criminals begin to suspect that one of them is a police informant.

Reservoir Dogs may have been Tarantino's first film, but that did not stop him from bringing an impressive cast together as Harvey Keitel, Tim Roth, Michael Madsen, Chris Penn, and Steve Buscemi were just some of the names that were on board.

The movie premiered at the Sundance Film Festival in 1992 and became one of the most talked-about films of the festival that year. It went on to be picked up by Miramax Films and enjoyed a release in the U.S. The movie grossed $2,832,029 in the States - making back its $1.2 million budget.

Reservoir Dogs is widely regarded as one of the best gangster movies of times and remains a true gem in Tarantino's back catalogue.