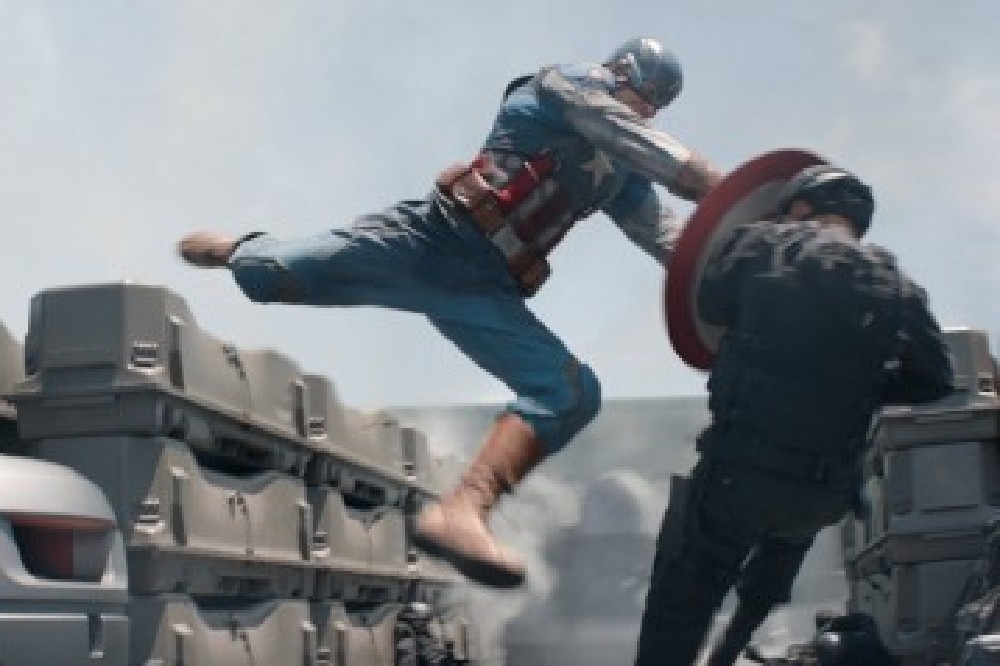 Blockbusters are always a staple of the big screen each year, with more and more films pushing the boundaries of special effects to give audiences an incredible cinema experience.

2014 looks set to carry on that trend, as there are a whole host of fantastic films in this genre to look forward to throughout the year.

We take a look at some of the movies that are going to light up the big screen and battle it out for box office supremacy during the year.

The big blockbuster season kicks off this week as Chris Evans reprises the role of Captain America, in the second standalone film for this popular superhero.

The latest Marvel film will follow Steve Rodgers as he tries to find his place in the modern world. But when S.H.I.E.L.D. is attacked it becomes clear that he cannot trust anyone. And just who is the Winter Soldier working for?

I have had the chance to see Captain America: The Winter Soldier, and it is the best Marvel movie yet as they have delivered a film that is not only action packed, but also explores some interesting character and relationship development.

Evans is joined on the cast list by Scarlett Johansson, Samuel L. Jackson, Anthony Mackie, Robert Redford and Sebastian Stan, while Anthony and Joe Russo have taken over the director’s chair.

Marvel has dominated the box office in recent years, and Captain America: The Winter Soldier is set to be another mammoth hit.

The Amazing Spider Man was a massive box office hit when the franchise was rebooted back in 2012, with Andrew Garfield in the central role.

This springs sees Garfield return to the role of Peter Parker, while the perfectly named Marc Webb is back in the director’s chair. The movie is set to be a mix of familiar faces and new names as Emma Stone, Sally Field, Jamie Foxx, Paul Giamatti and Dane DeHaan are all on board.

The trailers and early clips promise much, and it looks like Webb has brought a bigger and more epic feel to this second instalment. The excitement around this film is really building, as Sony will be looking for The Amazing Spider Man 2 to make the $752 million at the global box office.

A third and fourth instalment of the Spider Man franchise are already in the pipeline; Webb will direct the third film, but will not be at the helm for the fourth.

We haven’t seen Godzilla on the big screen since Matthew Broderick came face to face with the iconic monster back in 1998, and now he is back.

Godzilla is one of the most exciting films of the summer and it is one that I absolutely cannot wait to see; every time I see a trailer for this movie I get more and more excited.

Godzilla will see Gareth Edwards back into the director’s chair, in what will be his first film since he made his debut with Monster. Edwards is one of the filmmakers to keep an eye on, and I cannot wait to see him put his own stamp on this latest instalment of the Godzilla franchise.

He has brought together a wonderful cast, as Bryan Cranston, Aaron Taylor-Johnson, Elizabeth Olsen, Sally Hawkins, Ken Watanabe and David Strathairn are all on board.

If you haven’t seen the Godzilla trailer yet, then you really should check it out as it promises to be an epic and exciting film.

X-Men has been a fantastic franchise over the years, brings some great stories and wonderful characters to the big screen.

X-Men: Days of Future Past sees Bryan Singer return to the director’s chair for his first X-Men movie since the success of X2 back in 2003. While this movie may be a sequel to X-Men: First Class, we are going to be seeing a whole host of actors from the original trilogy on board.

Michael Fassbender, James McAvoy, Jennifer Lawrence and Nicholas Hoult are back, while Hugh Jackman, Patrick Stewart, Ian McKellan and Halle Berry are all also on board.

The movie will follow Wolverine as he travels back into the past to change history and prevent an event that results in doom for both humans and mutants.

X-Men: Days of Future Past is one of the most anticipated films of 2014, and looks set to be one of the most successful instalments of the X-Men franchise. Personally, I cannot wait to see Hugh Jackman’s Wolverine come face to face with Fassbender and McAvoy’s Magneto and Xavier.

From the minute that I saw the cast list for X-Men: Days of Future Past, this has been a film that I have been super excited about… it looks like it will not disappoint.

- Dawn of the Planet of the Apes - released 17th July

Rise of the Planet of the Apes was one of the surprise movies of summer 2011; it was a movie that far exceeded my expectations and really was a fantastic watch.

This summer sees the sequel Dawn of the Planet of the Apes, and I am hoping that it will be just a good. Matt Reeves has taken over the director’s chair from Rupert Wyatt, in what will be his first film since Let Me In.

A new cast has been assembled as Gary Oldman, Keri Russell, Jason Clarke, Toby Kebbell and Kodi Smit-McPhee will all star. Andy Serkis in the only star returning for the sequel, as he will reprise the role of Caesar.

Serkis motion capture performance as ape Caesar was one of the major highlights of Rise of the Planet of the Apes, and I cannot wait to see him bring this character to life once again.

Dawn of the Planet of the Apes follows the survivors of the simian plague, which triggers an all-out war between humanity and Caesar's growing forces.

Guardians of the Galaxy is the second of two Marvel films to hit the big screen this year, as we are introduced to a new franchise and a brand new sets of characters.

The last couple of years have been exciting for Disney/Marvel with a whole host of fantastic movie successes under their belt - but Guardians of the Galaxy is set to be their most adventurous project yet.

The trailer promises an action packed film, with the trademark humour that we have come to expect from Marvel films. James Gunn is in the director’s chair for what will not only be his first Marvel film, but the biggest film of his directing career to date.

The movie follows American pilot named Peter Quill finds himself the object of a manhunt after stealing an orb coveted by the villainous Ronan.

We already got a sneak peak of Benicio Del Toro as The Collector in a post credit scene in Thor: The Dark World, I really can’t wait to see the rest of the movie. Guardians of the Galaxy really is going to be another big hit for Marvel.

This will be the last Marvel movie to be released before Phase Two is brought to a close next year with Avengers: Age of Ultron.

The Hunger Games: Catching Fire was one of the biggest movies of 2013, and when the credits rolled on that film, I was already excited to see the next instalment.

The final book in Suzanne Collins’ trilogy has been split into two films, and Mockingjay - Part 1 will be hitting the big screen towards the end of the year.

The movie continues to follow Katniss Everdeen as she becomes the symbol of rebellion against the Capitol. The action and the consequences will be greater than ever as Katniss and co go into war to fight for freedom.

The great news is that Catching Fire filmmaker Francis Lawrence will direct both Mockingjay movies, and it is going to be exciting to see him explore these characters and relationships even further.

The likes of Jennifer Lawrence, Josh Hutcherson, Liam Hemsworth, Elizabeth Banks and Woody Harrelson are all back. Julianne Moore is the big new addition to the cast list as President Alma Coin.

- The Hobbit: There And Back Again - released 12th December

2014 is set to end with a bang as Peter Jackson’s The Hobbit trilogy is brought to a close with There And Back Again. The Hobbit has been a wonderful adaptation of a terrific novel, and I cannot wait to see Jackson deliver the final chapter.

The end of The Desolation of Smaug saw the dragon heading to Lake Town to destroy it, while a huge war looms for all involved.

Much like The Lord of the Rings, The Hobbit has been crafted with real care and attention from Jackson and his team; the respect that they have for the original material really does shine through.

Other movies to watch out for include Maleficent, Hercules, Jupiter Ascending, Transformers: Age of Extinction and Teenage Ninja Turtles.