It seems Johnny Depp is finally getting his life back to normal after winning his defamation trial against ex-wife Amber Heard, and to prove it he’s set to go on tour with his Hollywood Vampires bandmates next year in Europe. 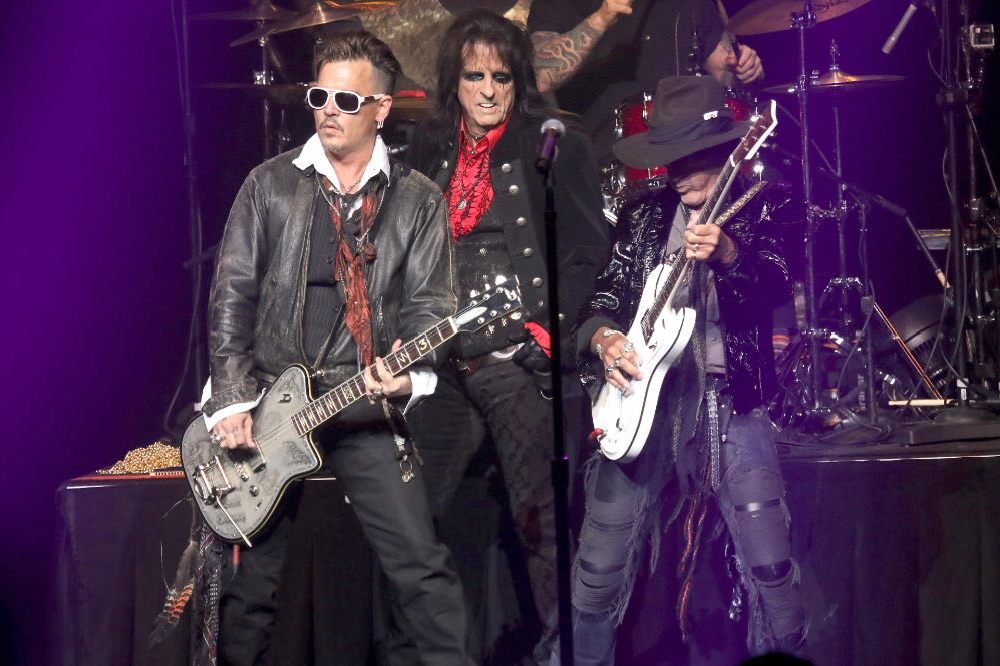 The 59-year-old actor and rockstar will be joined by Alice Cooper, Joe Perry of Aerosmith and Tommy Henriksen in Germany and Luxemberg next Summer, with tickets for the six-date tour set to go on sale on Monday (June 27th 2022).

They’ll kick off the tour in Oberhausen on June 20th 2023, wrapping up in Mainz on June 30th. The supergroup were initially set to hit the road in Europe last year, but the COVID-19 pandemic predictably scuppered those plans and they were unable to go through with it due to travel restrictions.

It comes as perhaps a little bit of a surprise that Hollywood Vampires are reuniting as recent years has seen Depp’s musical passion focussed mainly on sessions with Jeff Beck.

The two performed a cover of John Lennon’s Isolation together back in 2020, and this year announced a forthcoming album entitled 18 while Jeff Beck performed in the UK with Depp as a special guest. Indeed, the Pirates of the Caribbean actor was in the UK when the verdict for his defamation trial was decided. Depp is also currently accompanying Beck on his European tour.

“When Johnny and I started playing together, it really ignited our youthful spirit and creativity. We would joke about how we felt 18 again so that just became the album title too,” Beck said in a statement. The album is set to be released on July 15th 2022.

Acting-wise, Johnny Depp has little on his plate apart from a forthcoming role in Maïwenn’s period movie Jeanne du Barry as Louis XV. He has also been in Serbia recording the animated mini-series Puffins.