Kimberley Walsh isn't interested in returning to her pop roots and releasing a solo album.

Kimberley Walsh isn't interested in returning to her pop roots. The 38-year-old singer shot to fame in Girls Aloud but when the group disbanded in 2013, she's largely concentrated on musical theatre and doesn't want to go back to her chart career.

Asked if she'd record a solo album, she said: "I wouldn't be interested in doing anything pop related. Maybe another musical album would be fun."

Kimberley won a place in Girls Aloud after competing on reality show 'Popstars: The Rivals' and admitted she thinks it would be "really fun" to be a judge on a similar star-search programme, but only if the role was to help and support the contestants.

She told Britain's OK! magazine: "If it was the right show, it could be a really fun job. I like the more lighthearted shows like 'The Voice Kids'.

"I love seeing how talented the kids are, but I'd never want to do anything where it's pushing people. I'm more about mentoring."

And while 'The Promise' singer's two sisters, Sally and Amy, have both appeared in TV soap 'Emmerdale', it's not something the 'Biology' hitmaker would be interested in doing.

Asked if she'd follow Amy and join a soap, she said: "I don't think so. I think that's [Amy's] thing, and my older sister was in a soap for a long time as well. I feel like I'll leave that to my sisters. But I would like to do a drama."

Kimberley is a perfectionist and admitted she wishes she'd been less hard on herself when she was younger.

Discussing the advice she'd give her younger self, she said: "To go a bit easier on myself. In general, I want everything to be perfect and I judge myself quite harshly. Everything in work and life has to be perfect, but as you get older you think, 'That's not what's important in life.' " 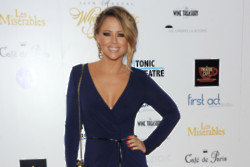 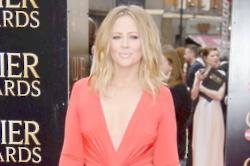 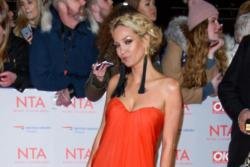