Pop legend Sir Cliff Richard will headline the Greenwich Music Time show next year and he cannot wait to perform at such a "unique location" as the Old Royal Naval College in London. The 78-year-old is overjoyed to be playing on the bill at the Old Royal Naval College on Monday 1 July, and he said it is sure to be a "particularly special" evening because of the venue.

Sir Cliff - who is the first name to be announced for next year's event gushed: "I'm so delighted to be coming back to Greenwich Music Time next year.

"Performing once again in such a unique location will be particularly special. Live shows are the best part of being an artist.

"I can connect with my incredible fans directly and thank them for all of their endless love and support."

The 'Summer Holiday' singer's career has spanned six decades and he has sold more than 250 million records worldwide.

His Greenwich Music Time concert will feature tracks from his upcoming album 'Rise Up' - which is released on November 23 - and his greatest hits.

Peter Taylor, director and concert promoter at Cuffe & Taylor, said: "We are so excited to welcome Sir Cliff back to Greenwich. This show is going to be very special, there is no one quite like Cliff. Fans are in for a treat and we are over the moon to have him as our first announcement for the 2019 bill."

Tickets go on sale at 10 am on Sunday 18 November and are available at greenwichmusictime.co.uk. 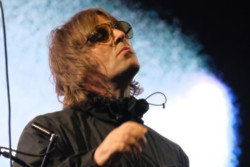