Queen Elizabeth shed a tear as the life of her late husband Prince Philip was celebrated at a thanksgiving service at Westminster Abbey on Tuesday (29.03.22).

Queen Elizabeth shed a tear as she said a final farewell to her late husband Prince Philip. 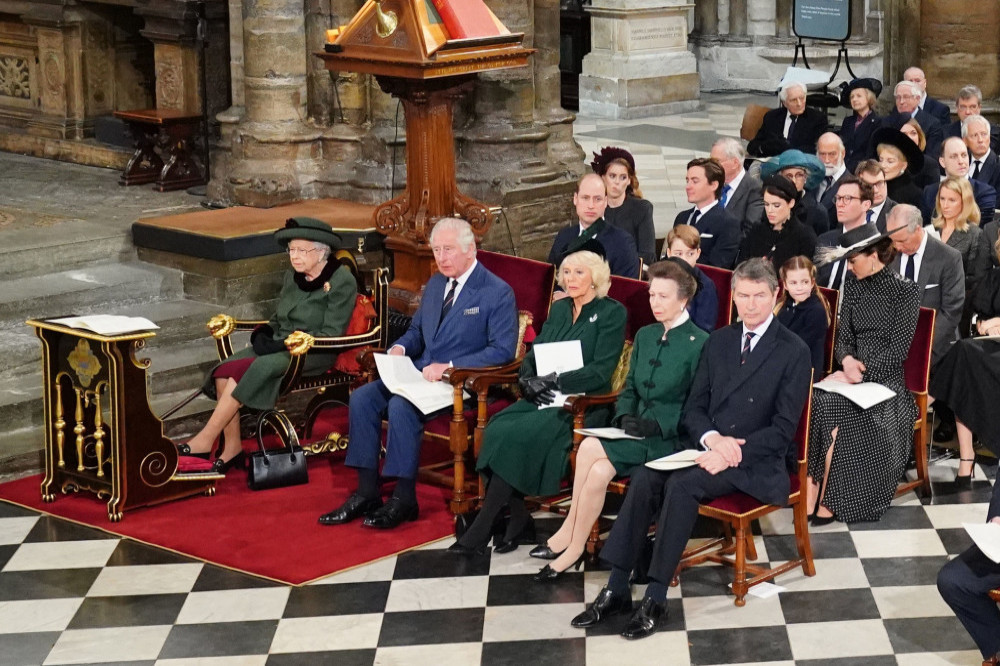 The 95-year-old monarch appeared to emotional at a thanksgiving service for the life of the Duke of Edinburgh – who passed away aged 99 in April 2021.

The Queen was escorted to the service at Westminster Abbey by her son Prince Andrew, who was making his first public appearance since settling his recent sex case with Virginia Giuffre.

She had initially walked arm-in-arm with Andrew before making the final few steps alone as she reached the end of the aisle.

The pair arrived at the Poets' Yard entrance of the church as the Queen deviated from her normal entrance as it is a shorter walk.

Other senior royals at the event included Prince Charles, his wife Camilla, Duchess of Cornwall and Princess Anne.

The Queen, Duchess of Cornwall and The Princess Royal were all dressed in dark green in a touching nod to Philip, whose livery colour was Edinburgh Green.

The monarch also wore a yellow gold, ruby and diamond scarab brooch, a personal gift from her husband in 1966.

There had been fears that Elizabeth may miss the service due to health concerns but it was confirmed on Tuesday morning (29.03.22) that she would be present.

A Buckingham Palace spokesman said: "The Queen is currently intending to attend the service this morning."

Arrangements were made for the Queen's comfort as the service was only 40 minutes long and extra cushion was placed on Her Majesty's chair.

Prince Philip's funeral last year was scaled back due to the coronavirus pandemic but members of the royal family, Government representatives and foreign royals gathered to honour his life and legacy.

A statement previously released by Buckingham Palace read: "The Service will give thanks for The Duke of Edinburgh’s dedication to family, Nation and Commonwealth and recognise the importance of his legacy in creating opportunities for young people, promoting environmental stewardship and conservation, and supporting the Armed Forces.

"The Service will in particular pay tribute to The Duke of Edinburgh’s contribution to public life and steadfast support for the over 700 charitable organisations with which His Royal Highness was associated throughout his life."