Next month, Disney+ is adding much more content to its platform.

2021 has seen many fantastic releases, from Disney and Marvel Studios’ Hawkeye, Eternals and more; however, January of next year (2022) won’t just be seeing new movies and shows hit the service, but some old favourites, too.

X-Men: First Class is one of the more popular films within the X-Men franchise, as it gave a look at a young Professor X (James McAvoy, as well as a youthful Magneto (Michael Fassbender); and they were quite the pair.

The movie sees these two classic enemies team up in order to prevent a nuclear attack during the cold war. First Class had a great sense of humour, and introduced a whole new group of mutants not seen in the films before; it also had a lot of heart, and did well to portray the characters involved.

The Star Wars franchise, as we know, is hugely successful, and has many films within the franchise. However, when The Mandalorian aired on Disney+ in November of 2019, it was clear that fans adored a series based on the world of Star Wars.

The second chapter of The Book of Boba Fett is just over a week away as of today (December 27th, 2021), and fans cannot contain their excitement. The series hasn’t even begun at this moment, with the first episode airing on December 29th, 2021. It will see Boba Fett battle for Jabba the Hutt’s old territory.

(Chapters three, four and five will also release within January of 2022.)

Eternals is one of Marvel’s more recent releases, and focuses on a new group of heroes whose lives aren’t what they seem.

However, when Sersi digs a little deeper into their orders and the murder of a close friend, she realises that there are a multitude of secrets that have been hidden from her for centuries...

Catch that Kid is a movie which was released in 2004, making it a rather old addition to Disney+ platform.

The feature sees Molly (Jennifer Beals), a highly curious girl, decide to steal money with her companions, Gus (Max Thieriot) and Austin (Corbin Bleu), in an attempt to pay for her father’s operation and save his life.

Hawkeye is Disney+ and Marvel’s latest small screen venture, and the last bit of Marvel content fans will be getting until May of 2022, when Doctor Strange In The Multiverse Of Madness releases.

Jeremy Renner became Hawkeye once more after becoming involved in a dangerous situation accidently set in motion by talented bowman, Kate Bishop (Hailee Steinfeld), just before he headed home for the holidays with his family.

While fans have mixed opinions on some of the plot points within the show, it seems that the general consensus of the series was positive, and many fans adored newcomer Kate, and welcomed her into the Marvel Cinematic Universe (MCU) with open arms.

The World According to Jeff Goldblum, Season 2 – January 19th

This series is a wonderful Disney+ release, as we see Jurassic Park and Thor: Ragnarok star Jeff Goldblum travel the world and experience the curiosities planet Earth has to offer.

Goldblum uncovers some amazing secrets behind some very interesting topics, such as puzzles, birthdays, back gardens, tiny things and motorbikes.

The beloved actor will also meet up with some wonderful people along the way, and will continue his journey into learning how these topics shape and mould the world we live in today.

Simon Pegg (Shaun of the Dead, Hot Fuzz) is back in his role as eccentric weasel Buck Wild, in his very own feature film.

The movie takes place back in the land of the dinosaurs, where Ice Age 3: Dawn of the Dinosaurs was set. Buck, along with eager opossum brothers Crash (Seann William Scott) and Eddie (Josh Peck), combine their crazy personalities together in order to save the Lost World from dinosaur domination.

RELATED: Seven of the best movies coming out in January, 2022 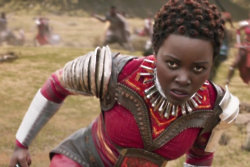 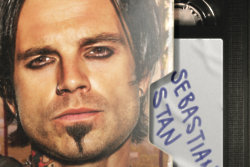