No Woman No Try review: Prime Video's original rugby documentary is a triumph

Women's rugby is celebrated here, as it should be. 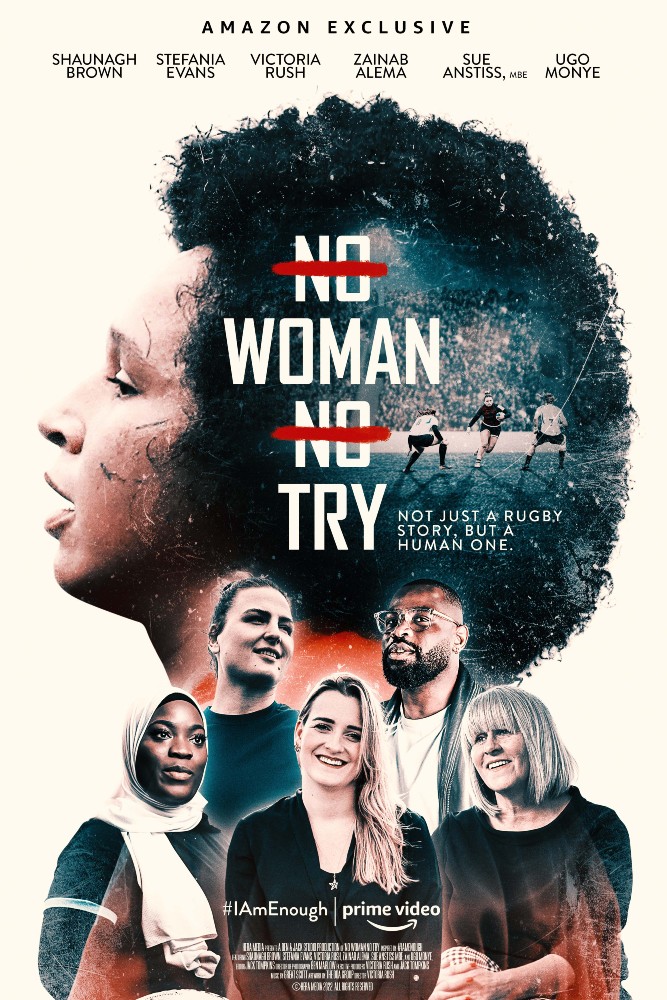 No Woman No Try premiered on Amazon streaming service Prime Video last Friday (March 25th, 2022), and it follows the story of three women rugby players who, like every one of their teammates, face an uphill battle and are classed as “second class citizens.”

The documentary, which is directed by rugby player Victoria Rush, starts by celebrating women’s rugby by looking at why women’s rugby isn’t celebrated.

The audience is firstly introduced to Harlequins player Shaunagh Brown who has tried her hand at many sports in the past including the Highland Games, boxing and hammer throwing, but found rugby at 25 years old.

Some people have mistaken her for a man in the past and even probed her about whether she’d want to transition into one.

But the answer is a resounding no – she’s a woman and she’s allowed to play rugby if she wants to.

Next Bristol Bears player Stef Evans, who is from the United States, is brought in front of cameras to reveal her rugby journey. 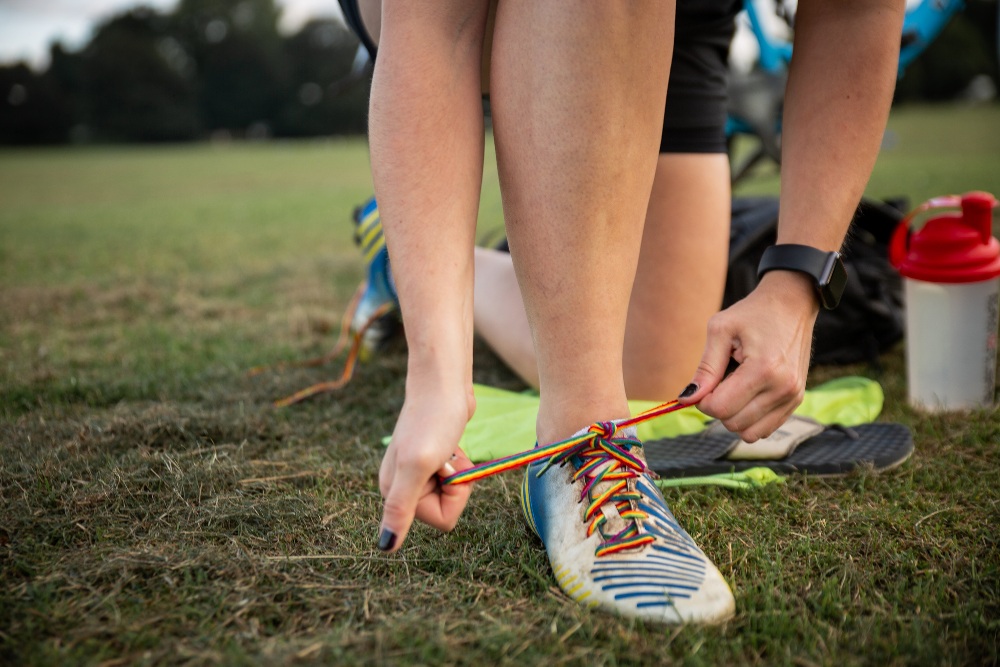 These two women are used throughout the documentary to show what almost every female rugby player goes through and the backlash they get for being a woman in such a male dominated sport.

The epitome of the feelings towards women’s rugby was felt when it was announced that the Women’s Six Nations tournament would be postponed due to Covid-19 and some people took to social media to express how much they didn’t care about the women’s sport.

This cut deep and hurt.

But Evans decided didn’t want to stay quiet and she started the initiative called icare where she spread the positive message that yes, people do care about women’s rugby, and they weren’t going to take this trolling any longer.

Director and executive producer of the documentary, Rush, also wanted to take a stand and she started the #IAmEnough campaign on social media to stand up to those who said women couldn’t play rugby.

The documentary also addresses body positivity, a topic which should be talked about more and more.

Evans spoke about the harrowing bullying she used to received when she was just a child for how she looked but admitted that rugby has really helped how she views herself as the sport doesn’t judge a person on their looks.

Later the viewers are introduced to the England international hopeful Zainab Alema. 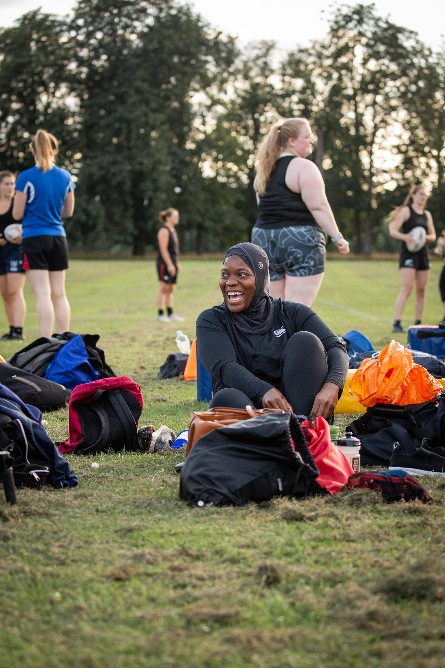 Alema used to play rugby when she was younger but once she went to university, she became disillusioned with the sport as she recognised, she was the only woman of colour on the team and the only Muslim in the squad.

While she was having her doubts, she checked the sport’s rulebook to see if she was actually allowed to wear a hijab on the field of play.

Once she learnt that she could in fact wear a hijab she knew rugby was the sport for her.

During the documentary she announces that she wants to make history and become the first Muslim to play in the England women’s team – but says she hasn’t put any pressure on herself by making this proclamation.

She’s surprised to learn she’s an inspiration to many people via the power of social media – but she really is.

Every player featured in the documentary is.

Every women’s rugby player is.

This feature film ends with Harlequins winning the Premier 15s and Brown giving an impassioned speech in her post match interview.

She addresses the comments that women can’t play rugby and the 80 minutes before she was asked about her thoughts about the match show that they really can.

But cut to two weeks later and she’s sat in the garden with her family – they like to ground her, they say, but really the sky is the limit for Brown and every other player in women’s rugby.

But much needed investment is needed to do that.

This documentary not only highlights the struggles women in the game go through - and that doesn’t just mean juggling three jobs with training and games and family life.

But it also shows just how incredible all these women are and they really don’t deserve the lack of coverage and money they get; they deserve much more. 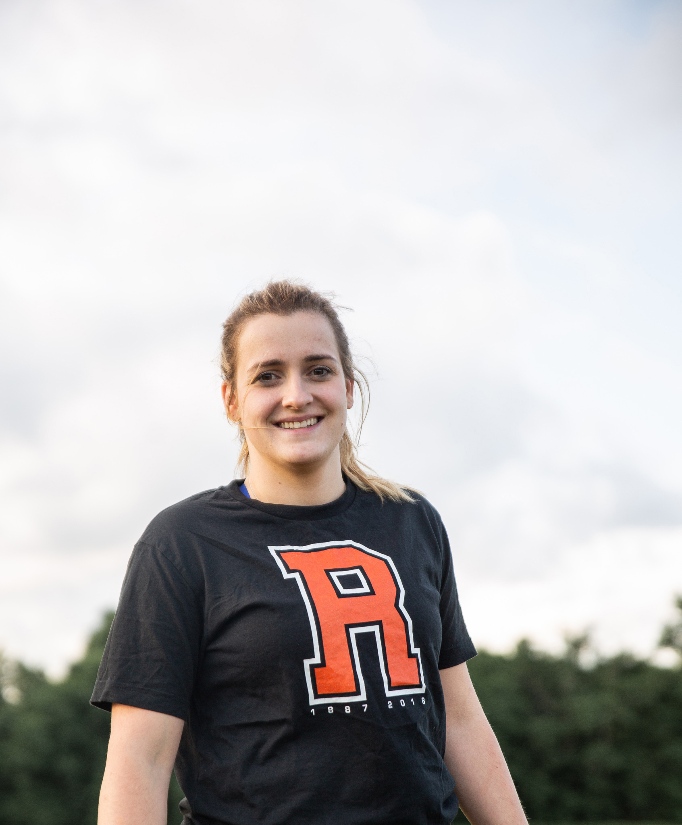 No Woman No Try is available to stream exclusively now on Prime Video. 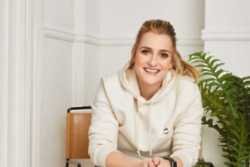 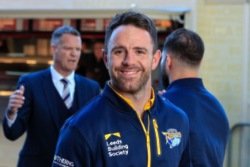