- Are any of the characters within the book based upon real individuals?

As part of my writing process I find photographs of real people who look like my characters and collate them in a reference document, but they don’t have the same personalities.

In a thriller you’re always asking the reader to swallow some big conceit somewhere along the way so the more believable you can make your characters the better.

It’s easier to care about someone if they seem like someone you know, so you just use bits from everywhere - characters in films, other books, people you’ve met. It’s funny how the villains in your life seem to stand out more than the saints.

- Did you do any field research to help you get a better understanding of the main themes that run within the book?

I think the central themes of the book are actually quite universal... Who am I? Where did I come from? What is my purpose in life? How did I get here?

The only difference in Sanctus is that the main character has a bunch of lunatics trying to kill her before she can find the answers.

- ‘Sanctus’ is the 1st title in the 1st volume of the ‘Ruin’ trilogy - what can we expect from the others and how does the story develop?

‘Sanctus’ deals with the righting of an ancient wrong. The next 2 books deal with the fallout from this. It turns out that the prophesy fulfilled in book one is only the first part of a prophetic sequence and the fate of mankind rests on its outcome.

- As this is your 1st title what made you decide to take the plunge and leave your day job of nearly 20 years in television, and focus on becoming an author?

There were many overriding factors - getting older, feeling increasingly creatively uninspired at work, a long held desire to tell a big story in some form.

When I was younger I had written a couple of spec screenplays, one of which got close to being made but ultimately foundered on the rocks of development.

The experience of these made me realise that a screenplay is just the beginning of a process whereas a novel is the finished item.

I’d always read thrillers, so understood the mechanics of them, and they’re quite like screenplays in structure and design.

Thrillers are also very commercial so it seemed a sensible thing to attempt, seeing as I was giving up a perfectly good job to try and write one.

- Can you pinpoint what it was exactly that cemented your decision to change career path and pursue the writing?

The single spark that set everything in motion was the birth of my second child, Stanley. I was a staff producer at a big indie TV production company and I applied for two weeks holiday to coincide with his birth which they turned down.

It really upset me and made me question the whole nature of being staff and the illusion of freedom it gave. I suddenly imagined all the nativity plays I’d miss, the sports days, the just dropping them off at school in the morning and picking them up afterwards.

My dad worked really hard all his life and we hardly saw him in the week. I didn’t want to be that kind of dad. I wanted to be around to watch my kids grow up, day by day, and not have to ask someone permission to do it.

So I quit my job and gave myself 5 years and 3 books to become good enough to earn a living at it. I planned to freelance during that time to pay the bills and go back to TV full time if it didn’t work out. I got very lucky with Sanctus. Now I work from home. I have never missed a school event.

- Do you have any tips or advice for fellow individuals that may want to do the same?

I think you have to go into it like your life depends on it. Leaving the comfort of one career to roll the dice on the chance of starting another is very risky, so you’ve really got to want to make it happen, otherwise it probably wont.

When I told my boss I was quitting to go and write a book he offered me a sabbatical but I turned it down. I figured I would try much harder not to fall if I knew there was no safety net to catch me. Fear of failure is heady fuel. 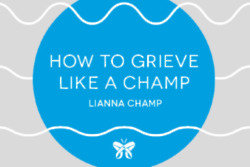 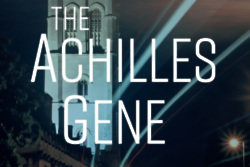 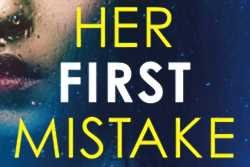