Author Paul Carroll tells us about his new book A Matter of Life and Death.

We caught up with Paul Carroll to ask him a few questions upon the release of his new book A Matter Of Life and Death. 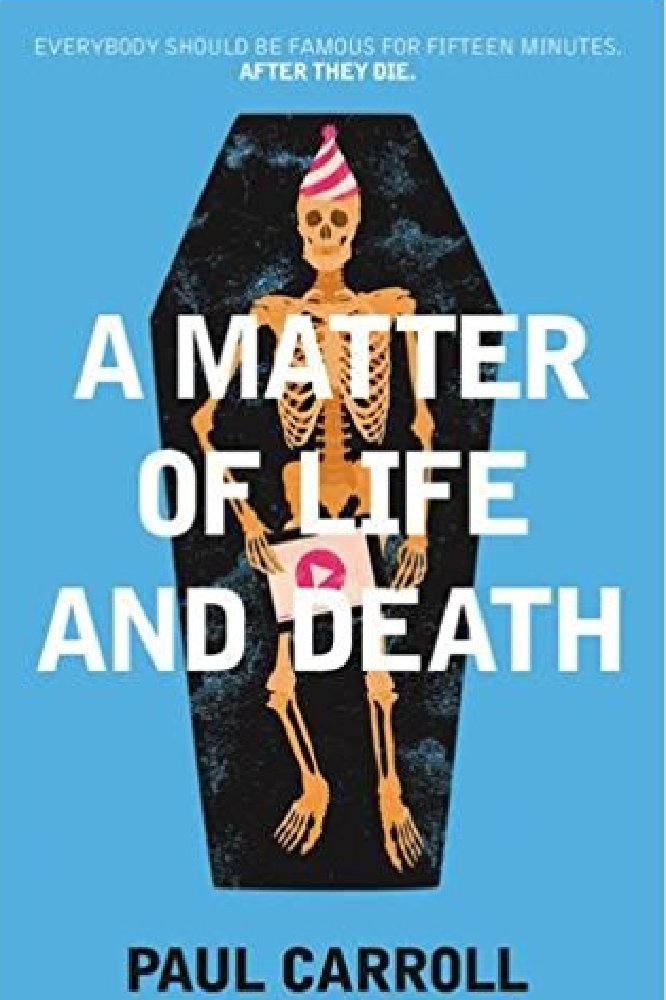 A Matter of Life and Death

What can you tell our readers about your new book A Matter of Life and Death?

The short answer is it’s 'Six Feet Under meets It's a Wonderful Life'. It's a black comedy about an entrepreneur, Farren Mortimer, who sets up a business selling bereavement services - anything from online memoriams to celebratory films of the deceased's life, from will planning services to memorial days for 'ordinary people'. He captures the public's imagination with his ideas and is made bereavement czar by the government where he introduces a new bank holiday date into the calendar, People’s Remembrance Day, when we're supposed to commemorate loved ones from our past. The message is 'Everyone should be famous for fifteen minutes. After they die'. Of course, not everybody is keen on these ideas and as the book progresses we find out who has it in for him the most. While it deals cynically with some fairly large targets such as the media, politics, and the fame-hungry, it's nevertheless warm-hearted at its core.

The book is an unusual concept; where did the inspiration come from?

Two key sources of inspiration are at the heart of the book. Working in PR I handled the Co-operative Funerals account in the 1990s, where I gained a good insight into bereavement, and how it affects people in different ways. Not only that, it allowed me to see that, for all of the dignity and sensitivity of the services provided, undertakers are there to make money. Also, over the past twenty years or so, there has been an enormous cultural shift in this country in the way media covers bereavement.  Every death these days, be it a footballer, a soap star, a politician or a victim of crime, receives Princess Diana-type coverage.  It's the reality TV age we live in, and it's hard to ignore. Those two observations were central to my thinking in devising the thrust of the novel.

It touches upon a rather taboo subject. How would you challenge people who are offended by the notion of it?

Death has long been a taboo subject, so I don't expect to offend with the theme; rather the reverse to be honest. I think more people are actually offended by the general mawkishness and public displays of grief that are now all too common at funerals - many wonder if funerals are more about the mourners these days than the deceased. Of course I'm not saying that the deceased are not worthy or entitled to a dignified send-off; rather I'm asking at what point that send off may go too far?  One journalist (Hugh McIlvanney) recently denounced the hullabaloo that seemed to accompany death and latter-day funerals as 'choreographed lamentation’ – that’s a view many people agree with. Remember, too, that in the book a number of characters, including the founder of AMOLAD himself, question how far it's all gone, and if the genie can be put back in the bottle.

Do you believe that the funeral business needs bringing into the 21st century?

After centuries of tradition and virtually zero change, I think the business of funerals has more than caught up in the last few years – there have been more innovations in ten years than over the previous 400 years. Is this a good thing? Ultimately, that's for the consumer to decide, because everyone buying a funeral is a consumer and can make choices accordingly. Do they want pop music or hymns? Do they want a party for mourners afterwards rather than a cup of tea and a ham sandwich? Do they want an online memoriam with photos and videos rather two column centimetres in the local newspaper obituary column? Do they want a coffin in the shape of a grand piano or their ashes on the mantelpiece? Are they actually going to plan their own funeral, to 'get it right', or trust that their nearest and dearest will sort it out? All these choices are reflected in the book, together with AMOLAD's biggest money earner, the 'biovid' which is a pop video treatment of someone's life that can be played at the funeral and DVD copies distributed to mourners. That's very 21st century, isn't it? Some people will probably want to know where to get one from if they read the book.

There's a old joke about what it would be like to attend your own funeral - it won't be long before people will be thinking 'let's not waste all of that careful planning; let's have it before we die'. Why has there been this massive shift in how funerals are conducted over the past twenty years? It's not so much that the funeral companies themselves are innovating - it's consumer-driven. They're the ones demanding new ways of conducting a send-off. The best theory I've heard explaining this is that it’s down to the diminishing role of religion in many people's lives. Once a funeral was seen as a staging post to the next life, heaven or hell or whatever. Now, death is ‘it’ - the deceased is not going on somewhere; this is the terminus. Cue 'celebration of a life'.

You used to work as a PR for the Co-Operative funeral services; how much has this aided your writing of this book?

As I mentioned, working on the account helped give me the idea for the book and it was informative – call it the research stage.  But A Matter of Life and Death isn't about the funeral trade as such - it's more about how we deal with bereavement in the present age. In the novel I'm much more interested in contrasting, for example, generational attitudes to death. Farren's parents and the sixty-year-old undertaker in the story have a different understanding of death compared to the younger characters. That's partly because they're more steeped in tradition, because they have more religious faith, because they've seen more death. The contrast is important in order to explore the 'appropriateness' of conspicuous public mourning.

You came up with the funeral songs top ten and the book led on from there. Can you expand upon this for us?

I'd actually been to the funeral of an old work colleague in the mid-90s, and they played 'Lonely This Christmas' by Mud during the service. To be honest, I was rather appalled at that because there's no way my friend would have picked that song herself. Maybe it was because it was December. Anyway, shortly after that Co-op Funerals asked us to help promote their funeral planning service - the commercial reason for that is they don't necessarily want to wait for people to die before they start earning money from them. That's when I came up with the ‘top ten’ idea, and it was very well received  What's more remarkable though is that, seventeen years on, the Co-op is still running the same 'Funerals Top Ten' story every year, and it's identical, almost down to the same song choices.  That a Funerals Top Ten is still 'news' only goes to show how recently these ideas have entered our culture. When I came to write the book I decided that each chapter heading would be the title of a song that could be played at a funeral – not one of my thirty choices is in the Co-op Funerals’ latest top ten!

This is your debut novel; what are your plans for another – if any?

I've already started on novel number 2. I can't say too much about it other than I intend it to be as equally black and comic as A Matter of Life and Death. It's not a sequel though - it's a different tale altogether. One pointer is that it will, once again, draw on some of my former PR experience. A one-word clue? Beer.

Was writing ever important to you while you were working in PR or as a child?

Since about the age of fifteen I was determined to be a journalist - that was very clear in my mind. At university I actually started a rock fanzine with a friend and did that for about a year - I was on my way. When I graduated, however, I fell into the world of PR.  Back then, it wasn't a widely pursued career option and I was seduced by a PR company's ad which said it was looking for an English graduate with an interest in journalism. And so it began. I've been meaning to get around to writing a novel for some years now - some things just take a little time.

Tell us about your career in PR.

I was fortunate enough to enjoy a fantastic career in PR consultancy. I worked with some brilliant people in my first few years and was inspired to set up my own business when I was 30. My consultancy, Communique in Manchester, worked for some outstanding clients, including Aga, Boddingtons, Thorntons Chocolate, Vimto, Chicago Town Pizza, Candy Appliances, the Co-operative and dozens more.  We had an outstanding team of people, always took the creative route, and won bags of awards. By the start of the millennium we were the largest regional PR company in the UK and I was made an offer I couldn't refuse to sell. I can look back on those days with fondness. The Communique brand sadly no longer exists, but I'm glad I got out when I did, as too many people stay chained to their creations for too long. Besides, I've got books to write now.

Copies of the book are available from Troubador. 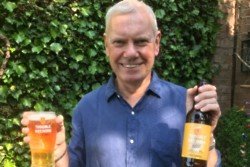 10 Things You Should Know About Growing Up In A Pub 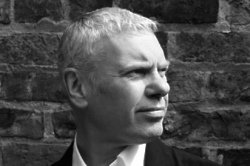 10 Pieces Of Advice For Aspiring Authors By Paul Carroll