7 Ways To Tell If Someone Is Lying To You By A.F. Brady

A F Brady writes a piece for us upon the release of the new book The Blind.

First of all, it’s important to know that if someone is a seasoned liar who has been perfecting their craft for a long time, you’re probably not going to be able to tell if they’re lying to you. That’s their whole point. Statistics show that people lie all the time. Whether it’s an inconsequential little lie, “so sorry I won’t be able to make your child’s birthday party, my mother is in town” or a very serious lie, “I didn’t give your bank account information to a known thief”, humans are generally pretty good at lying, and pretty bad at detecting it. Detecting deception is imperfect at best, but there are some common clues and hints that someone is lying. That being said, here are some ways to tell if you’re being deceived: 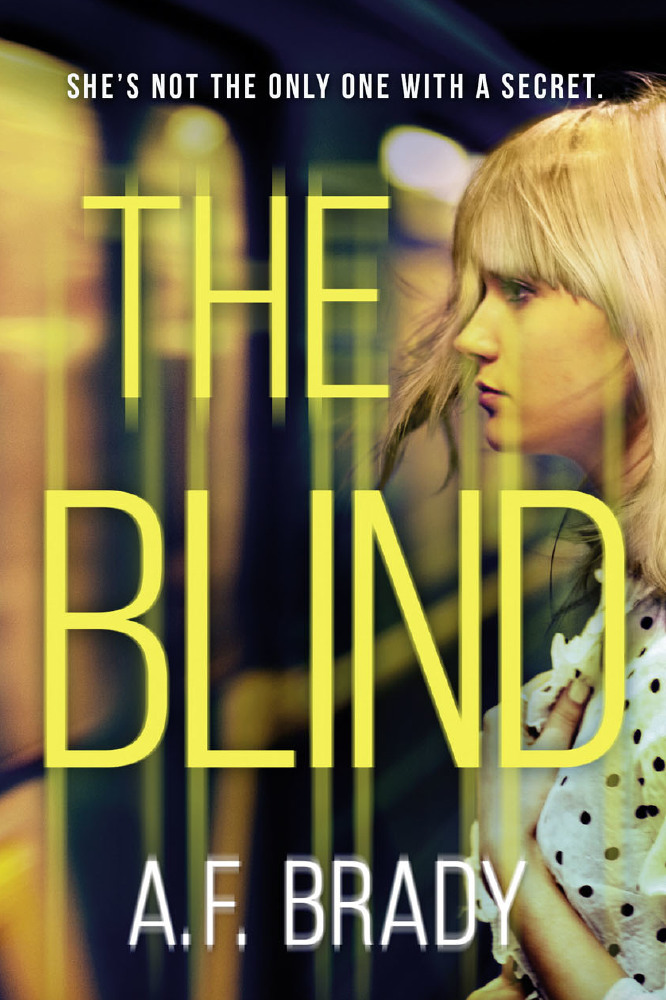 It will usually be easier to spot a lie from someone you know rather than a stranger, because you will be able to discern if their normal behaviors change. If you’re used to having a conversation with someone who maintains eye contact, and suddenly they’re looking up, down, or generally not at you when they’re telling you something, they’re probably subconsciously trying to hide an untruth. They say the truth is in the eyes, so if you can’t see the eyes, you can’t see the truth. Avoiding eye contact is a very common red flag.

Lying requires thought, attention and memory. If I’m lying, I need to know what really happened, and I need to know what I told you happened, and I need to remember the difference. So if I told you I was home on Tuesday, but I was really out at the bar with Steve, then I have layers of information to keep in my head. Chances are, if I’m trying to keep a whole bunch of information straight, I’m going to need a minute to process. So if you ask me where I was on Tuesday, and I bumble, and mumble and “um” and “uh”, chances are I’m lying to you. (Keep in mind, of course, if the person you’re talking to is generally forgetful, then this is probably not a red flag. But if I can tell you what I had for breakfast on 3rd April, 1997, and I don’t know where I was on Tuesday, I’m lying.)

Lying is a physically, emotionally and mentally exciting behavior. It’s amps us up. So, physical signs of increased excitement can be a clue that someone is lying to you. Of course, putting your hand on someone’s chest to feel their heart rate while they’re explaining why they were with their ex-girlfriend in a movie theater will not be a good look for you. But, taking notice of increased sweating, shallow breathing, a thumping jugular; these things can tip you off that something is fishy.

Body language: This one is similar to the eye contact red flag. When we are lying, we are hiding the truth, and we reflexively tend to hide physically as well. No, a liar is not going to jump behind the sofa while lying, but there’s a good chance they will cross their legs, cross their arms, lean over onto themselves, or turn away in an attempt to conceal something.

Deflection: Have you ever asked someone a question and instead of answering they send the question right back to you? “So, who did you vote for?” “Who did YOU vote for?” Many of the lies we tell are designed to increase our likeability, and if we know what you will like, we will tailor our lies to your taste.

Distraction: Have you ever asked someone a question and they respond with something that has absolutely nothing to do with the question you asked? “Did you remember to take the chicken out of the freezer?” “Oh, my God, yesterday’s episode of Game of Thrones was such a hit, don’t you think?” Maybe it was, but that’s not what you’re talking about. Well, that’s because I’m trying to think of a good enough lie to answer your chicken question.

Defense: “Honey, did you sign little Jimmy’s permission slip for the trip to the museum?” “You’re always yelling at me!” This is a warning to get out of the way because an avalanche of excuses is about to snow you under. When we respond to a simple question with an unwarranted defense or accusation, it’s often to shift the perception of wrongdoing away from the liar and onto you.

Lying is hard to detect. Think of how often you yourself tell a little lie. Your boss asks how you are today, and despite having a terrible headache, you said “I’m just great”. You’re lying. When you want to sit on the couch and do nothing at all, and your son asks if you want to play Monopoly and you say, “I course I want to play.” No you don’t. You’re lying. Little lies make the world go round, and we need to tell them to keep things civilized and functioning. It’s the big ones we need to worry about. The persistent ones and hurtful ones. And although we as a species are great at telling lies, and not very good at detecting these lies, the above clues and hints and red flags should help you to navigate your way out of deceptive waters.

Or will they? Maybe I’m lying.