Abi Curtis writes a piece for us upon the release of her new book Water and Glass.

I’m a writer, but also a teacher at a university (York St John) and a mother. I think all of these things are important to my identity. My debut novel Water & Glass is out now. 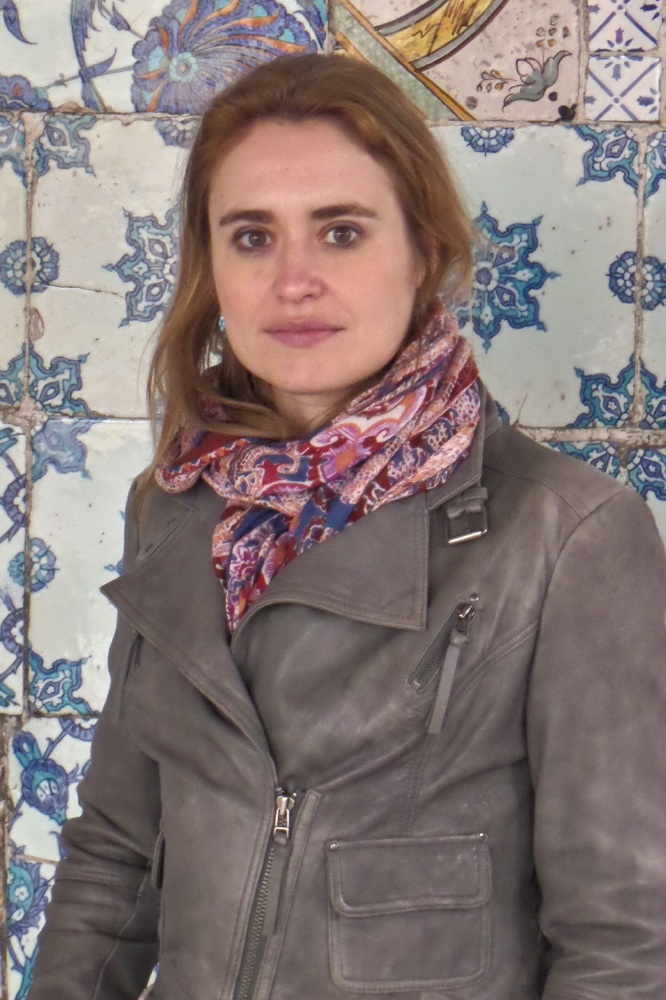 I write poetry too.

Before publishing fiction, I had two poetry collections published, Unexpected Weather (2011) and The Glass Delusion (2012) both by Salt Publishing. I love the ways in which poetry allows you to take a slant look at the world. When writing poems I think you focus on the musicality of language, its materiality, the way it feels. You have to be really precise. This is great training for writing prose fiction.

I like to explore other disciplines and to collaborate.

I’m really interested in science, history, music and visual art. I have a great deal of curiosity about the world and the way in which things work. My dad’s an engineer, so perhaps that’s why. I love talking to people who work in other areas and I’ve written poems to be set to music, written about artists and their work, and met designers, architects, squid-curators and bee-keepers. Writing creatively is my way of exploring the world.

Why is that significant? Because I was in the last year you could go without having to pay a tuition fee. I was at The University of Sussex, in Brighton. I believe it’s important to give people the opportunity to study at university, or to work on a vocational course, without punitive financial implications. I think that this avoids us seeing learning as a commodity and encourages you to be a more open-minded citizen. I consider myself very lucky – I’ve had some inspiring teachers and mentors in my life and I don’t think I would be a writer without this opportunity to study literature. It’s really tough for students now, and their relationship to learning has inevitably shifted.

I lived in Brighton for much of my young adult life.

I did my undergraduate degree there, and later on my PhD. Brighton has a great atmosphere, with its beautiful rolling downs and crumbly cliffs, and it’s slightly down-at-heel seafront. I love the murmuration of starlings that gathers on the old pier at sunset. I decided to fictionalise Brighton in my novel. I imagine it in the future, but that a later generation of starlings is still there. A post-apocalyptic, flooded Brighton seemed the perfect atmosphere for some of the key moments in Water & Glass.

This was a course developed at Sussex by Professor Nicholas Royle, who has been a real inspiration to me. It was a strange, hybrid project, but something that suited me. Part of the PhD was a novella, the other part was a critical study on Freud and the unconscious, and how that might illuminate literature and creativity. I find that my creative writing is enriched by studying literature in some depth, and thinking about how literature tells us about our human-ness.

I work within the York Centre for Writing, teaching on undergraduate and postgraduate courses. I don’t think that question about ‘can writing be taught?’ is that relevant, though you hear it a lot. You don’t get that question with other disciplines, like music, sport, art, so I’ve never understood it really. All writers benefit from having guidance, mentoring, and a group of like-minded people with whom to share their work. But I also believe that writers need to read a lot, and read in such a way as to understand how literature is constructed, how it all works, in order to learn from it. It doesn’t have to be as formal as University, of course. You can gain a lot through a local writer’s group, for example. I absolutely love working here. The team of writers I work with are amazing; all talented but also lovely people with so much time for their students. It’s not really like work, in some ways; it’s too much fun for that. I’m also constantly thrilled by the work that students produce, by their creativity and enthusiasm.

I’ve always loved animals and wanted to be a vet as a child (until I realised I wasn’t quite good enough at science). I love watching all those amazing David Attenborough documentaries and learning about new species and the weird things that animals can do. I did some research on squid, inspired by the giant pickled one they have in the Natural History Museum, and discovered their eye-sight is better than ours, that food moves through their brain and that they are super-intelligent. I love the idea that they might be even more intelligent than humans, but that our worlds are so different they simply can’t communicate this. Aliens in the true sense. I think the traits that animals have can make use think differently about what it means to be human.

I used a writing award to travel to Istanbul

I’ve been very lucky and I was awarded a Somerset Maugham Award for my second poetry collection. The idea of this award is to travel somewhere and be inspired. I chose Istanbul – a place of cultural clashes and incredible architecture. There is a section in my novel set in a futuristic, flooded Istanbul. I was partly inspired by Venice (another love of mine) for this too. I thought – what if the Grand Bazaar was floating and you had to traverse it by boat? I also fell in love with the Basilica Cistern whilst I was there, a sixth-century under-ground water supply with a haunting atmosphere and strange stone medusa-heads. It had to go in the novel.

I live in York

I’ve lived in York for seven years, a big move for us from Brighton. It’s an amazing city with so much history. I’ve heard it’s been crowned the most haunted city in the UK, and by the number of ghost-walks you see flitting around the streets in the evening, that’s no surprise! York floods a lot too – the fabulously-named river Ouse bursts its banks most winters. A couple of years ago, though, the smaller river, the Foss, flooded as well. This meant that a large portion of the town was under water, and lots of homes not accustomed to being flooded were semi-submerged. Being flooded is quite traumatic for people. Whilst a medieval town half under-water is romantic in some ways, it’s also tough for everyone. It got me thinking about what it might be like if this sort of thing happened more and more, if we all started to be affected.

I’m a mother to a toddler

I just about finished my novel when I was pregnant with my first child, but had to do some editing whilst he was a baby. I work at Uni full-time and took some time out after having him. You hear a lot about ‘the pram in the hall’, how it can stall your creativity. You also hear that women find it hard to get promoted above a certain level if they have children. I’m not going to lie – you just don’t have the freedom and the time and it is hard. I know I will write at a slower rate and get less done that I used to. But, in terms of creativity, I feel much more creative now. For me, personally, more is at stake. I get so much from my little boy, observing him learn to talk, seeing how curious he is about the world, seeing that wonder at everything being new. That’s the perfect lesson for the writer – see things with fresh eyes, see them with the eyes of a toddler. Then find the words.

Water & Glass is out now (published by Cloud Lodge Books) 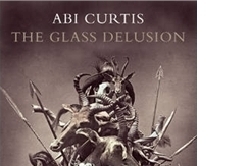 The Glass Delusion by Abi Curtis