Why we need thrillers in lockdown by Anna Bailey, author of Tall Bones

Author Anna Bailey writes a piece for Female First upon the release of her new book Tall Bones.

The obvious answer is: well, we’re not exactly getting our thrills anywhere else. Not to reek of middle-class ennui, but I have literally never been so consistently bored in my entire life, and I’m even counting the time I tried to give myself a fatal paper cut to get out of biblical story hour at primary school. We wake up for what, more emails? The excitement of getting a new dish soap this week? A glimpse of your neighbours and their unmasked children frolicking outside with a picnic hamper while you stare at four walls for yet another day because you’re afraid you’ll expire if you happen to touch the same loose clementine as someone at the grocery store? If you can’t tell, I am really starting to feel the grind. It’s been a year, Miss Corona, pack it up. But as a writer and avid reader, having various fictional worlds to escape to over the last twelve months has truly been my saving grace, and for me, nothing hits the spot quite like a good grim thriller. 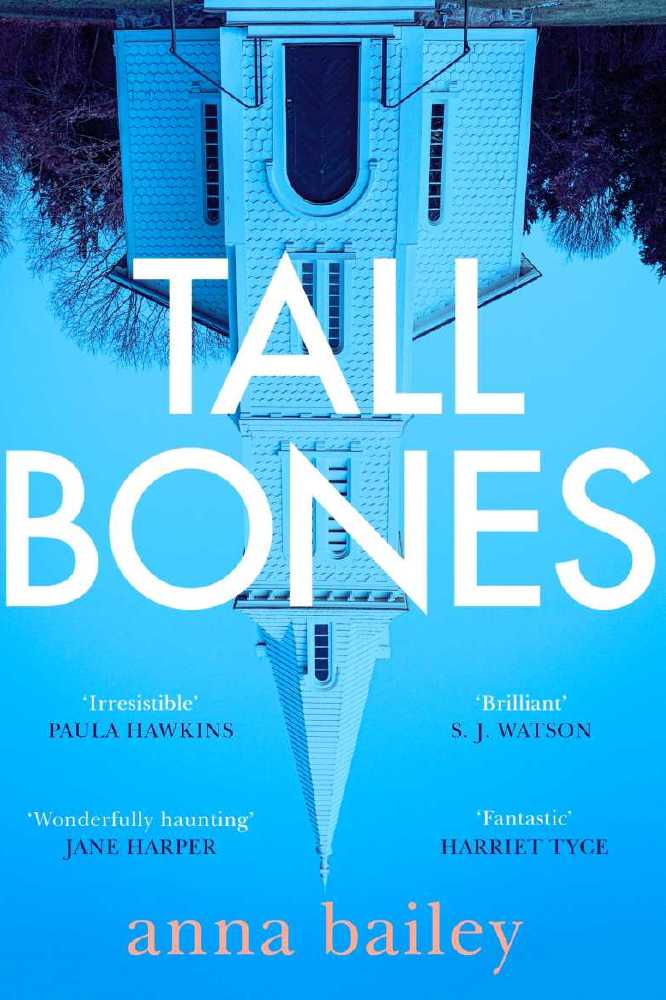 Many of us enjoy media with a darker side to it – we love to pick apart crime scenes, chase the details of gruesome murders, explore the psyche of the disturbed. But most importantly, we like to see the protagonists make sense of impossible mysteries, to find the answers and understand why the bad things happen. I read thrillers not because I want to see that the world can be a terrible place – over the last year, I think even the most sheltered have seen that; I read thrillers because I want to see people come back from the brink.

Lucy Atkins’ Magpie Lane, and Kate Riordan’s The Heatwave have been two of my enduring favourites during lockdown, both creeping, unsettling mysteries focussed on families. But I’ve also been extremely fortunate to read some brilliant proofs for books coming out later this year, including Paula Hawkins’ A Slow Fire Burning, which unravels the awful secrets unearthed by a murder, with Hawkins’ typical prowess. The Therapist by Norwegian writer Helene Flood explores the lies between a husband and wife, and is one that kept me looking warily over my shoulder long after I’d finished. And then there’s the hair-raising debut Falling by American author TJ Newman, about a hijacking on a commercial airline, which has definitely brought me some temporary relief from craving overseas travel anytime soon.

All of these books go to dark places and examine some of the worst things we are capable of doing to one another. I enjoyed them immensely. We need thrillers now more than ever because they thrill us, yes, but also because they allow us to go through the dark and come out the other side. And right now, I think that’s what we keep waking up for

When 17-year-old Abigail goes missing, her best friend Emma, driven by the guilt of leaving her alone at the Tall Bones party that night, sets out to find the truth about what happened. As the details unfold, fear and rage surface. Nobody is left unscathed. The festering secrets and longstanding resentment of Abigail’s family and the whole community of Whispering Ridge, Colorado begin to surface with devastating consequences.

Soon to emerge is Abi’s older brother Noah’s unworldly yet potentially dangerous love for the handsome Rat, a Romanian immigrant who recently entered town, the provenance of her 12-year-old brother Jude’s fragility – he walks with a stick because his father threw him down the stairs while their mother Dolly turned away. How culpable is Dolly, who married the bible-bashing Samuel on a whim, and now has a frozen heart and watches her children unravel?

And overshadowing them all is an overpowering pastor who incites hatred, filling his congregation with tales of fire and brimstone.

Dark and atmospheric yet hopeful through the spirit of its young set of characters, TALL BONES is at its core a story about love and hate, acceptance and intolerance, and how religious devotion can manifest as rage and violence with utterly dangerous consequences.

ANNA BAILEY was born in Bristol in 1995 and studied Creative Writing at Bath Spa University. She wanted to be a journalist, but found herself moving to America and becoming a Starbucks barista instead. She first lived in Corinth, a small town north of Dallas, Texas, before eventually moving to Colorado, where she lived near Estes Park just outside Rocky Mountain National Park. This inspired the setting for TALL BONES.

RELATED: Seven things I'd like my readers to know about me by S.V. Leonard

I was on a reality television show. Probably the reason I hadn’t thought of being a writer was because I wanted to be a Blue Peter presenter. Konnie Huq was my idol, I wanted to be just like her. In my pursuit of becoming Konnie Huq, I applied for Serious Amazon, a children’s show on the BBC where kids went away to the Amazon for a month. I made it to the final (filmed) selection round which was a tough weekend away in the Highlands. Sadly, I didn’t make it to the final 8 that went to the Amazon.I realised later that because I was a Scout and quite used to camping I wasn’t dramatic enough. I just did what was asked without complaining, which sadly doesn’t make good TV!...