Author Annabel Abbs writes a piece for Female First upon the release of her new book Windswept.

I once swore at two policemen for 20 minutes straight, in the worst language you’ve ever heard … I was about to give birth in my car because I was stuck in football traffic (Fulham v. Chelsea if you’re asking) and couldn’t get to the hospital. The police arrived, ostensibly to break through the gridlock, but instead they insisted I give birth in an ambulance on the side of the road. I was in agony – but there was no way I was giving birth in front of an audience of footie fans. I swore (a lot). They parted the traffic. My baby was born within twenty minutes of arriving at hospital. Rather disloyally, he’s now a Fulham fan. 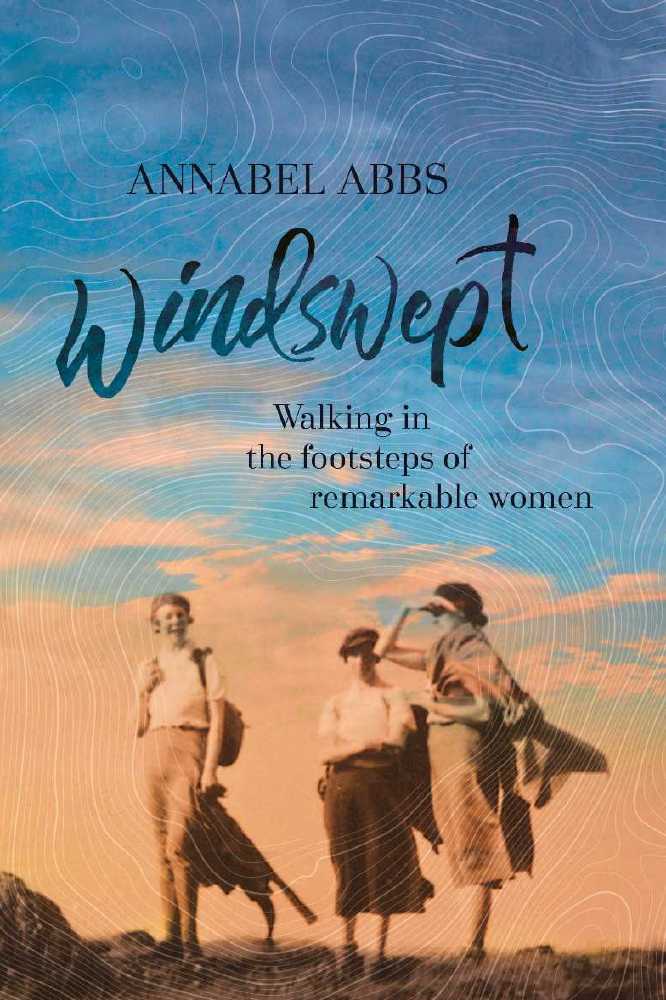 I’m a terrible sleeper… but a few years ago I decided to embrace my insomnia and instead of tossing and turning I got up and began writing a novel. Which is about the only silent thing you can do in a house of sleeping bodies. The book was published and translated into ten languages, rather to my surprise. I’ve been very grateful to my insomniac genes for giving me a new career.

I’m obsessed with birds … and spend much of my day watching them from my study window, perhaps because my sleepless nights have left me too tired to do real work. Whatever, they bring more joy into my life than almost anything else, and I hope to be reincarnated as a swallow when I die.

I often cook from ancient cookery books … forcing my long-suffering family to dine on such delicacies as turnip soup, celery on toast or ship’s biscuits (no sugar). Some eighteenth century recipes are delicious, but some are plain weird.

I’m a fanatical walker … I frequently do the weekly supermarket shop with a rucksack on my back and a bag in each hand, much resembling a packhorse. My children are so mortified they refuse to accompany me. But I see it as a gym-trip without the hefty gym fees – and without having to look at other people’s pert bottoms and bristling biceps. Fresh air, cardio, weights, vitamin D, absolutely no humiliation - and the groceries done to boot.

I’m fanatical about not getting dementia … my grandmother had dementia for 30 years and I REFUSE to inherit it. Seven years ago I set up a blog with a similarly fanatical friend (http://agewellproject if you’re interested) and every week we trawl through all the latest research into avoiding dementia (and other diseases) and we post a few tips. I never thought the illness of an ancestor would be so motivational.

I’m permanently enraged by how women have been overlooked throughout history... We’re constantly told to be positive (and medical studies bear this out – it’s healthier to be positive). But I think of my rage and fury as fuel. Being so cross has spurred almost every book I’ve written – all of which feature overlooked women or women who’ve been effectively erased from history. Sometimes we need to embrace the more contrary aspects of ourselves, like anger and insomnia. They’re all part of the rich tapestry of our lives.

Windswept: Walking in the Footsteps of Remarkable Women is part memoir, part biography and part travelogue. But most of all, it tells the stories of a group of women for whom walking played a pivotal role. Simone de Beauvoir, Georgia O’Keeffe, Daphne du Maurier, Gwen John and many others embarked on long-distance hikes to help find voices of their own. Annabel Abbs follows their trails, while examining how walking in wild landscapes has shaped her own life. Described as a feminist exploration of the power of walking in nature, Windswept asks why and how we alter when we become … windswept.

Annabel Abbs is a writer of fiction and non-fiction. Her first novel, The Joyce Girl, won the Impress New Writer Prize and has been published in over 20 countries. Her second novel, Frieda: The Real Lady Chatterley, was published in 2018, declared a Times Book of the Year (Historical Fiction), and has been translated into six languages. Her third (co-written and non-fiction) book, The Age-Well Project, was published in June 2019 and serialised in a national newspaper.

She has a degree in English Literature, is a Fellow of the Brown Foundation at the Dora Maar House and has appeared on BBC Woman’s Hour and BBC Soul Music. She grew up in Wales but now lives in London with her four children, where she spends her time, cooking, eating, walking and writing. 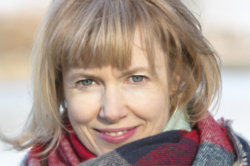 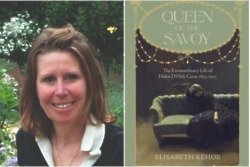