Catherine Yardley writes a piece for Female First upon the release of her new book Ember. 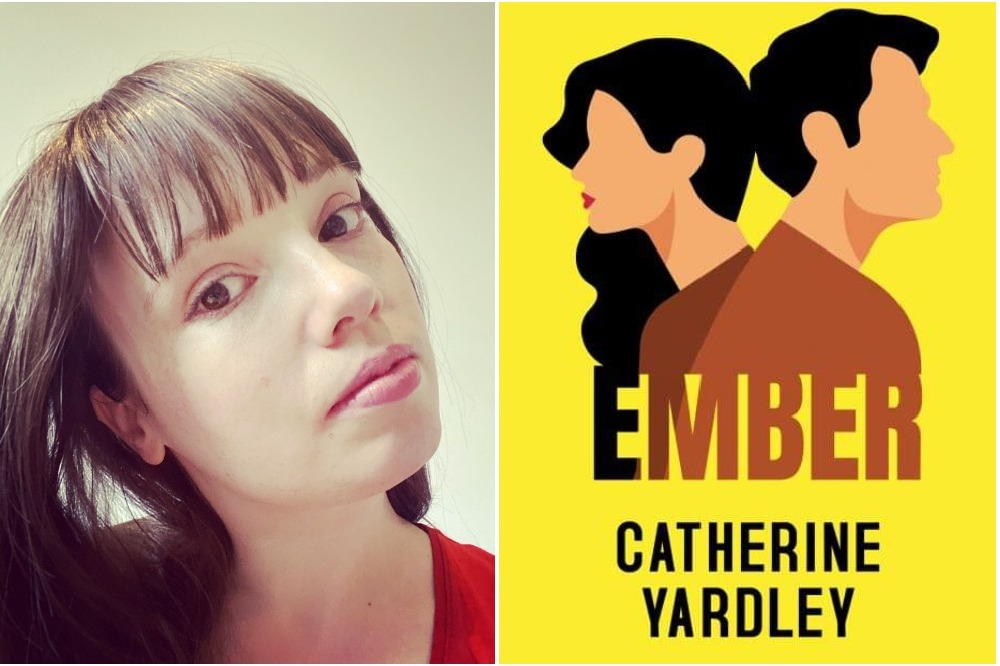 I moved around a lot as a child.

I grew up in Scotland but we moved to different places in the Scottish Borders and then Lanarkshire. It meant I had no lasting friendships and I was always the new girl. It shaped my writing because I was always the outsider, never putting down roots. It made me an observer. My husband lived in the same house for twenty years. That blows my mind.

I was ill when I was a child.

I had glandular fever and it took years to recover. I missed a lot of school which was traumatic for me, but my parents had a lot of books in the house and I would read a book a day. It’s another thing that gave me a big imagination and made me a writer.

I believe a walk in nature can solve most things.

Anytime I need to clear my head or things get too much, I try to go for a walk. There is something about being surrounded by trees that heals. London is full of parks and commons. I love how green it is.

I used to be an actor.

I did a play at The Garrick. It was a dream performing on the West End. I was also in a Placebo music video, beat up Paul McGann in Luther and acted opposite Eddie Marsan. I can be seen for a few minutes in Martin Scorsese’s Hugo. That was an absolute dream.

A day rarely goes by when I don’t have chocolate at the moment. I have given up sugar twice in the past, and I used to have no sugar during the week. I am impressed by my past self! I do try and keep it dark though. It’s healthier.

I have had many jobs.

The creative arts don’t generally pay well. I did so many random jobs when I first moved to London. I handed out a free newspaper, handed out leaflets, sold gym membership, worked in a bar, worked for American Express, Microsoft and HP. I have worked in PR. I also did some admin jobs and more promotional jobs than I care to remember. I didn’t come from a well off background so I had to hustle.

I love to bake.

My go to bake at the moment is a three ingredient banana loaf recipe I got from Good Housekeeping magazine. It’s just four bananas, 200g of self raising flour and a tin of condensed milk, baked for an hour. It’s so delicious and easy. I also love to bake my sugar free, low carb chocolate brownies. I can kid myself that they are healthy.

I have had many different writing jobs.

These include a theatre reviewer, travel writer, restaurant reviewer, interviewer, script writer, copywriter, content writer, and novelist. Phew. It’s pretty extensive but all of the different kinds of writing give transferable skills. I love writing so to earn money doing it is always exciting.

A family torn apart by their father's infidelity are forced to confront the past thirty years later. As Natalie's younger sister, Amanda, prepares for marriage and impending motherhood, her plea for the family to reunite uncovers pent-up tension and animosity. Can they forget the past and become a family again?

Natalie's life begins to unravel as their father starts to creep back into their lives and family tensions resurface, affecting her relationship with her boyfriend, Rob. Will the couple find their way back to each other, and can a family that has been torn apart ever heal their wounds?

Can you ever walk away from someone you love, or do some fires never die out?

Catherine Yardley has been writing since she was in single figures. She is happiest when she is either reading or writing. She writes women's fiction because she believes women have the right to have their stories told in all of their messy, complex glory. Ember is her first novel. She lives in London with her husband and children.

Copies can be purchased direct from the publisher, WH Smith, Amazon, Waterstones, or Gardners book

RELATED: Ellie Wood, author of The Wildwater Women shares how the Lake District has inspired her writing