Seven things I'd like my readers to know about me by Ellen Alpsten, author of Tsarina

Author Ellen Alpsten writes a piece for Female First upon the release of her new book Tsarina.

I was born in the Kenyan highlands, where my father worked as a Veterinary Surgeon. His task was to keep track of the Somali herdsmen and stem the spread of Foot & Mouth disease to the Wildebeest. When he arrived, there were 80 000 gnus left. Today there are 10 million. My elder brothers attended boarding school, but I had a big garden, a monthly book-parcel from my beloved godmother and countless pets – three cats, four dogs, a gaggle of geese, chicken, a stroppy retired Polo pony, a wounded grumpy Serval cat and at times even a baby crocodile that occupied the bathtub! Storytelling is a cherished Kenyan tradition, be it in a kraal as much as around a campfire. A great story well told transcends race, age, or gender. Whenever I can, I try to return to Kenya - though as for everyone, the magical country of childhood is forever lost. 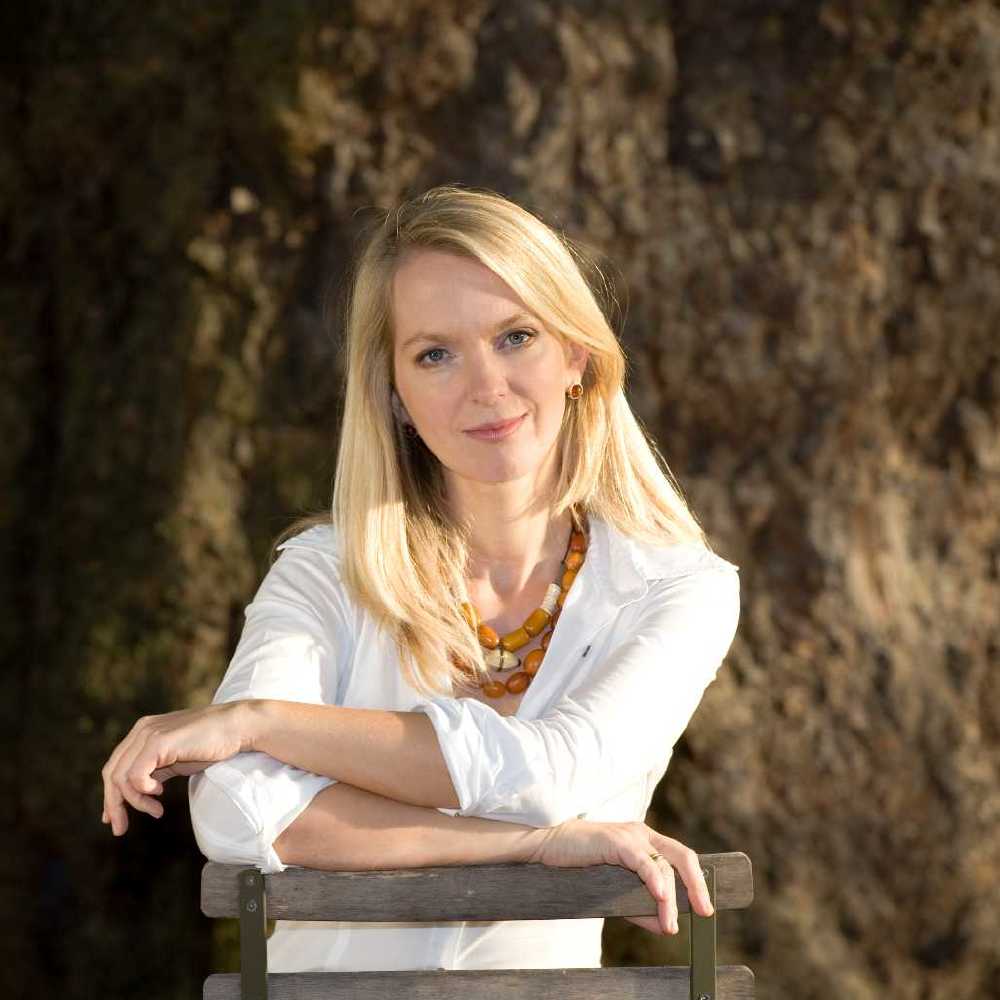 2. Sentimental Education to A Moveable Feast

When I was eighteen, I moved from a village with more cattle than human inhabitants to Paris - from the Savanna to the Salons of the 16ieme! My mediocre A-levels and a bevy of university application rejections made gap year the best way forward. Life is a layer-cake. In Paris, I settled in a TINY room. The windows gave on the belltowers of Notre Dame – stunning! Strolling in the Quartier Latin was mind-blowing, and I dove straight in, becoming a Parisian, that most fascinating tribe. After five exhilarating and exhausting years, I left the 'Institut d'Etudes Politiques de Paris', a school that counts Christian Dior, Charles de Gaulle, and Emanuel Macron (he studied two years beneath me) amongst its alumni, with a MSc in PPE. In my last year, my short story ‘Meeting Mr Ghandi’ won a literary competition; also, the day I had my one-way ticket to London in my pocket, I got engaged over lunch in the Eiffel Tower to a handsome Swede I had met seven months earlier, while strolling on a Sunday market in the 7th arrondissement.

3. The Man Who Came In From The Cold to A Gentleman in Moscow

Russia had always been a tricky subject in my family, and part of an ambivalent history. My father had grown up in the GDR. Post WWII, his hometown had initially been allocated to the American Sector. This changed overnight: the US tanks left, and the Soviets, having re-negotiated the disputed territory, rolled in. My father could still recognise either army – Nazi-German, US, or Soviet - by its smell. He was forced to learn Russian and as a doctor’s son, was refused higher education. He fled aged 16 through a night-forest; his papers, and some warm clothes as his sole luggage. Even today, a lifetime later, it takes a couple of Cognacs and cigars to make him sing the Soviet national anthem and he cried when taking re-possession of his parents’ home in 1990. My cousin, on the other hand, owns and runs a high-brow Berlin publishing house that specialises in bringing latter-day Russian intellectuals to Western countries. The millenary hate-love history and deep, mutual fascination of these two peoples continues!

I had always taken to London’s vibe and liberty. My fully equality-trained Swedish fiancé pushed me to ‘go for the best first job you can get – I will follow you’. I liked the idea of buzz, stories, and people, yet never found my feet in my PR- Graduate Trainee Scheme, despite memorable moments such as sending a ‘Walkers Crisps’ lightship all over the UK and hitching a three-hour Zeppelin-ride above London or pitching to the European Central Bank for the communication surrounding the introduction of the Euro. Instead, I started writing for real. No wonder I never received a job offer come the end of the scheme. A valuable lesson: things are what you make of them. What now? Bloomberg TV advertised in the ‘Guardian’, looking for TV presenters: the following four years I rose at 2 a.m. as a breakfast TV anchor. Each afternoon was dedicated to writing ‘Tsarina’, my debut; bedtime was 9 pm. Repeat, for 2 years. 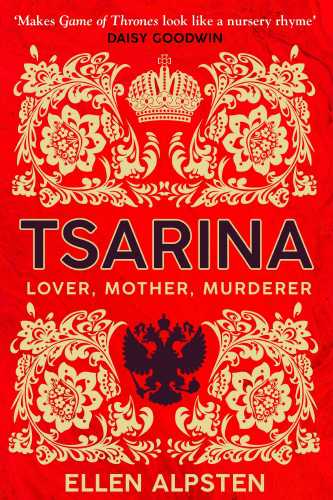 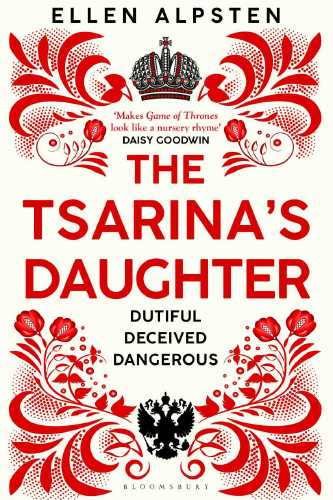 5. ‘The Very Hungry Caterpillar’ to ‘About a Boy’

Having children had never been explicitly part of the plan. Then, five years into my marriage, we thought we would give it a try. After having suffered multiple miscarriages – another form of infertility - I was desperate to become a mother. Yet it was a bumpy ride, with a traumatic delivery that resulted in post-natal depression and finally a life-threatening infection with puerperal fever. Only when I saw the suffering of other women in hospital around me, while I recovered and grew ever closer to my adorable healthy baby boy, did I understand how lucky I was. It was all uphill from there. While during each of the three pregnancies, the embryo had the working-title ‘little girl’, I am blessed with three sons. The youngest is at the cusp of being a teenager; I desperately hang on to those last, tender moments. Cheer up: one day, I shall have three fantastic daughters-in-law, as well as granddaughters to spoil.

I cannot imagine a childhood without a pet – hamster, rabbit, cat, dog: anything. Still, it took a while to get life and circumstances aligned to go and choose a puppy! We got our fox-red Labrador lady Honey from a farm in Kent – the aim of the trip to the South was a surprise for my sons, who were too bowled over to be happy! - yet she is so beautiful that she has the world at her paws. She made the family complete – always something to cuddle, to laugh at, to deflect from problems. Recently, she had an al-fresco encounter with a handsome blonde Labrador Bavarian Prince and the result are her ‘Lucky Seven’, incredibly sweet pups. In former times if I ever stopped writing, I would have wanted to be Editor of VOGUE. Today, I would be a dog-breeder instead.

7. ‘Doctor Zhivago’ to ‘The Romanovs’

My mother was often compared to Julie Christie when young. ‘Lara’s Theme’ from the movie is linked to sparkling light and reminds me of her, who always encouraged me and for whom everything was possible. I wish she were alive to see the ‘Tsarina’ series happening. Both ‘Tsarina’ and ‘The Tsarina’s Daughter’ are the first ever novels about ‘my girls’: Catherine I of Russia and her daughter, Empress Elizabeth. I feel incredibly lucky and destined to have ‘discovered’ them, even though they were hiding in plain view – a bit like Tut-Ankh-Amun! I first read about them when aged 13 and did more than a year of research before writing my debut’s first words, reading everything from the Russian Classics such as Tolstoy and Dostoevsky to fairy-tales and myths, as they seize a people’s imaginary. Even though these are historic novels, my heroines are intensely modern women, who casually combine the stark opposites of the Slavic soul to go their own way. If any artist has a central theme, they are at the heart of my oeuvre. I am at the moment writing book three of the planned quartet of novels.