Georgia de Chamberet writes a piece for us upon the release of her new collection Far To Go and Many To Love: People and Places.

My godmother’s life was as extraordinary as her books, so here are some of my favourite titbits. 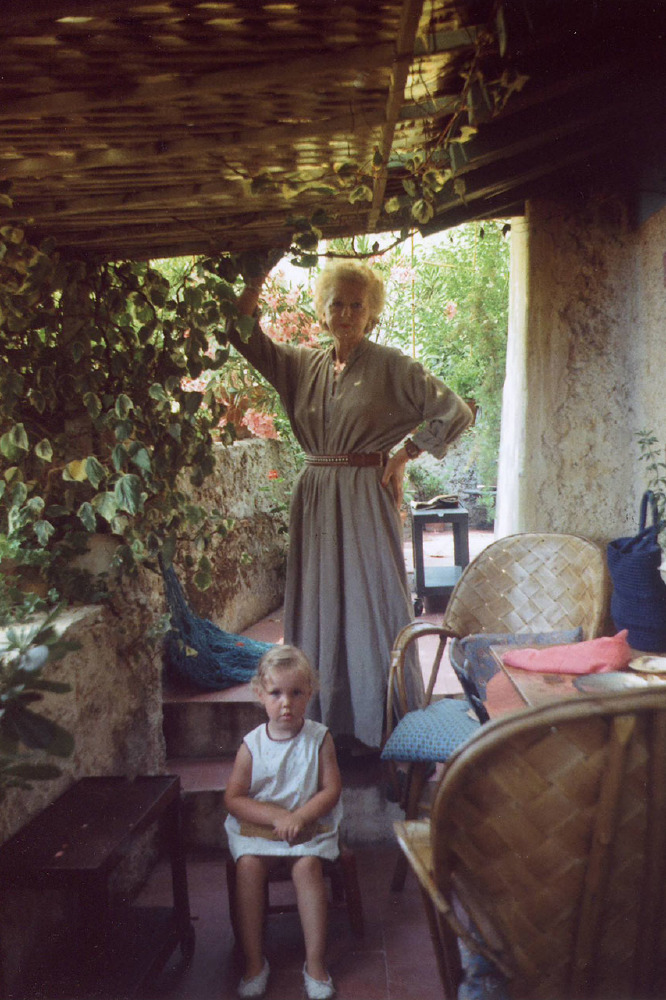 Every generation has its innovators who quit the suburbs to seek fame and fortune: Lesley Blanch escaped from Chiswick; Cecil Beaton left Hampstead, and Noel Coward turned his back on Teddington.

Lesley’s mother supported the Suffragettes, and believed in giving her daughter a good education. Lesley went to St Paul’s Girls' School which had opened in 1904 – the year of her birth – and The Slade School of Fine Art. Her first career was in the theatre. Eight of her scenic and costume designs represented England in New York’s MOMA, Theatre Art International Exhibition in 1934.

Age seventeen, Lesley was seduced by Russian émigré director, Theodore Komisarjevsky. He staged four of Chekhov’s plays at Barnes Theatre 1925-26. Conventional society was scandalised by his outrageous, avant-garde productions of Shakespeare at Stratford-upon-Avon in the early 1930s.

As features editor of British Vogue, 1937-44, Lesley was on the front line of women journalists writing about everything but fashion. She covered aspects of Britain at war for the Ministry of Information, and documented the lives of women in the forces with her friend the photographer Lee Miller.

During the Blitz, Lesley met Romain Gary, born Kacew – a Polish-Russian-born French navigator with General de Gaulle’s Free French Forces. He was ten years her junior and a budding novelist. The couple married in 1945. His diplomatic postings took them to the Balkans, Berne, New York and Los Angeles.

Lesley used the technique of narrative non-fiction to tell a damn good ‘true’ story in Journey into the Mind’s Eye, an early memoir published in 1968. Her stock-in-trade was escapism and romance, and her readers lapped it up. When asked which of her books was her favourite, she’d answer The Sabres of Paradise: Conquest and Vengeance in the Caucasus. Her work in the theatre with Komisarjevsky informed her storytelling and love of high drama which underpin her historical biographies.

Lesley was the last of a kind, travelling to distant places before the onset of mass tourism. After her divorce from Romain Gary in 1963 she was constantly on the move, taking in Istanbul, Fez, Algeria and the Holy Cities of the Mzab, Tunis, Cairo, Oman, Isfahan, Damascus, Aleppo, Afghanistan, Bukhara, Delhi, Siberia, Outer Mongolia. She often wore clothes from the countries where she had travelled, creating her own sartorial elegance, and was photographed by Cecil Beaton, Henry Clarke, Lee Miller, Norman Parkinson, David Bailey, Roloff Beny, Hoyningen-Huene, Eamonn McCabe.

Lesley was a trailblazer, inspiring women to do their own thing. She stood up for herself in the face of myriad setbacks, and never apologised for who she was. Marianne Faithfull and Shirley Conran; the late Jackie Kennedy and Anaïs Nin, admired her. She died in the South of France, aged 103, in 2007. Having lived to such a great age, she went from being a household name to a mysterious and neglected living legend.