5 Ways The Media Encourages Us To Eat Animal Products

Robert Grillo writes a piece for us upon the release of his new book Farm to Fable.

Our culture inundates us with a wide range of fictional messages about consuming animals, which follow us everywhere we go, either physically in the grocery store or in our homes via TV or internet or phone. Here are common fictions. 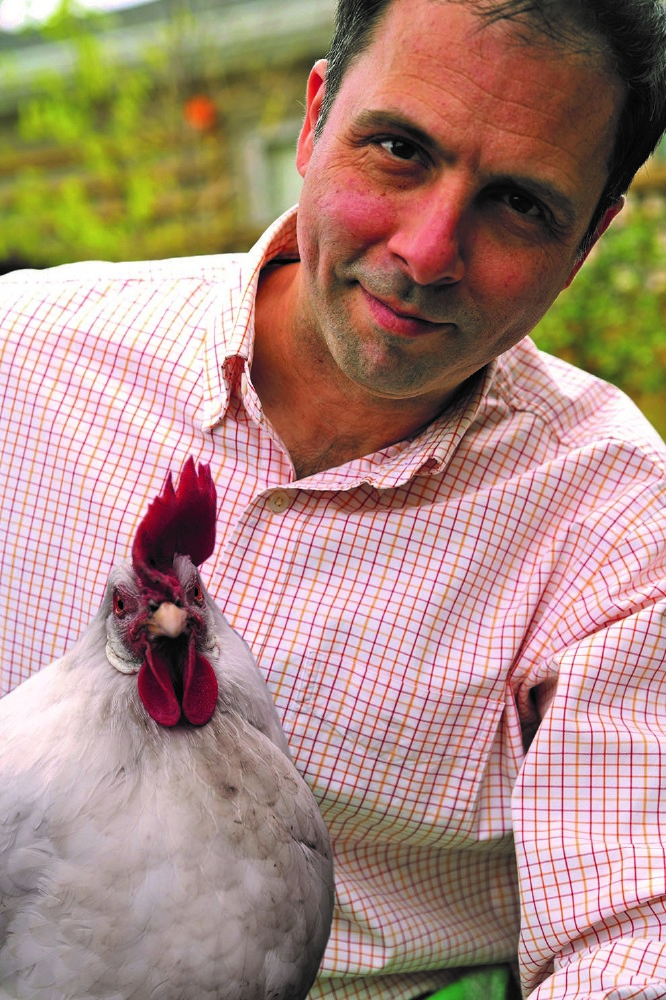 It’s evolution. One popular evolutionary fiction is that farmed animals have been bred and used for food for so long that they have somehow evolved into this role of “consensual victimhood” because they’ve gotten so used to being treated as chattel property, an argument we’ve seen used throughout history to justify the worst atrocities against our kind as well. Another popular story is that the human body has evolved from a long history of eating animals, which is then loosely correlated to our dietary needs today. In other words, to use a clever expression from author Charles Horn, “evolution has a gun to our heads to eat animals.”[i]

It’s masculine. Meat is used as a powerful metaphor to market all kinds of consumer products, concludes a number of studies, most notably a study published by the Journal of Consumer Research entitled “Is Meat Male?” The meat-masculinity tactic is also marketed to women. “Conquer one cut of meat at a time” is the main message of Target’s 2014 TV commercial featuring a stylish young women playing the role of a matador (traditionally a male role), suggesting that the path to becoming a powerful woman means taking on traditional, patriarchal roles of ritual violence and domination over animals.

It’s necessary. Debunk the myth that we need animal products to thrive or be healthy and the only valid reason for causing animals suffering for our food choices vanishes. In quick serve restaurants like Chipotle, servers now ask “what kind of protein [meat] would you like,” falsely suggesting that plant foods are inadequate sources of protein. We need only look at the many top performing athletes who are vegan to debunk the necessity myth.

It’s humane. Putting a humane face on what is inherently violent and exploitative is a key tactic of brands that promise to satisfy our conscience as much as our appetite. Paying a premium for better treatment distracts our attention away from the fundamental issue of using, confining and killing animals against their will which is the inevitable result of raising them for food, regardless of how well we treat them during the short time they are allowed to stay alive.