'My mum was very good friends with the late author Julia Darling...' 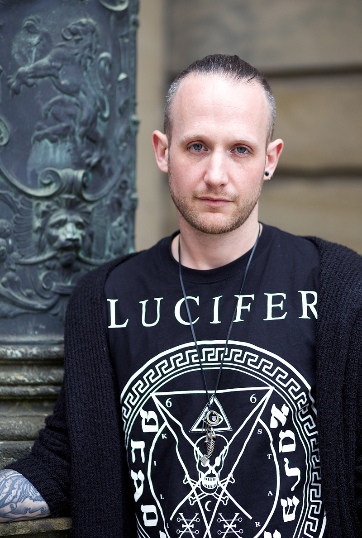 To celebrate the release of his new novel, Demon, we asked author Matt Wesolowski to open up for us in an exclusive piece for Female First. Here's what he had to reveal...

1. My house has unintentionally become an unwanted fish sanctuary. We have various species of fish that have been rescued from student houses, swimming sadly in filthy water; from abandoned 'lockdown projects' and fish from people who 'couldn't be bothered' to look after them.

It's sad that people seem to think that fish are lesser creatures and don't deserve care and love. If they had fur, I don't imagine people would give them up so easily! My girlfriend and I are now known locally as the people who'll take in the waifs and strays of the fish world and I'm happy with that. Seeing animals happy and healthy again is the reward.

2. My mum was very good friends with the late author Julia Darling and my younger sister was a playmate of Julia's daughters. I have vague memories of going round to their house when I was a child. I remember being so admiring that Julia was such a prestigious and talented author, able to provide for her family with her writing. I think it must have had a profound effect on me.

3. I'm a black belt in kickboxing; I've been boxing for the last 10 years or so; my black belt grading was one of the most gruelling things I've ever done - four full hours of training and then asked to fight for 13 rounds against some of the tutors. I'm a massive softie at heart and would never dream of starting a fight but it's a wonderful way to stay fit.

4. I was a chef from the age of 17 until I was 21, then on and off, all the way through university. I left school with barely any qualifications and my mum told me I either had to get a job or go back to school - so I started the following week at The Hilton as a Chef apprentice. It was a really hard, high-pressure, stressful job, but learning about food, where it comes from, how to cook and keep a kitchen clean is a really amazing skill to have for life. I don't miss having to be picked up at 5.30am by a minibus to do those early breakfast shifts.

I very much doubt I could cope with the stress of kitchen work these days and I have a lot of admiration and respect for those who do.

5. I appeared onstage a few times and in a music video for a mate's (now defunct) goth/industrial band, 'Terrornation', pretending to play the drums. These 'drums' were actually a Playstation 'Rock Band' percussion pad covered in gaffa tape and the percussion was pre-made and played through a laptop.

As much as I love music I actually have zero musical ability in any sense whatsoever. At least I got to live out the rockstar dream, I suppose! 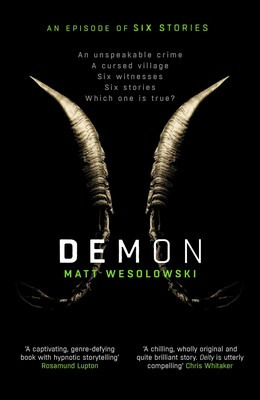 Demons by Matt Wesolowski is out now

Demon by Matt Wesolowski is out now from Orenda Books.

MORE FROM BOOKS: Five things I'd like readers to know about how I write, by Cassondra Windwalker