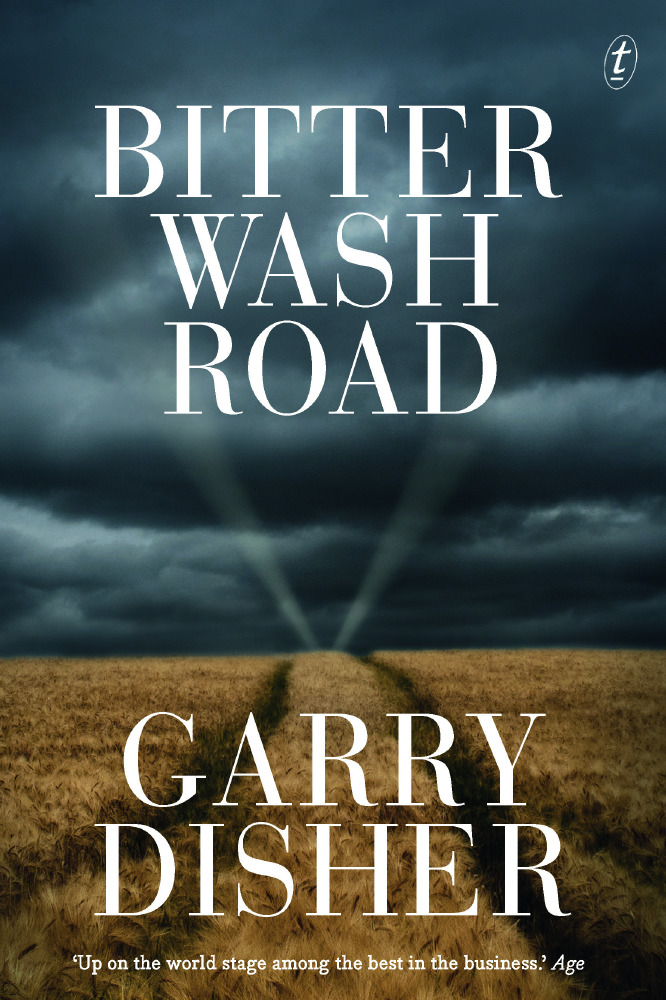 Bitter Wash Road is my fourteenth crime novel.  Until now I have written two crime series: the Wyatt series (caper novels featuring a hold-up man) and the Challis and Destry series (police procedurals).  Bitter Wash Road is set in the dry hinterland of South Australia and features Hirsch, a uniformed constable serving in a one-officer police station, who might drive 300 kilometres a day, patrolling his beat.  In addition to his daily tasks he investigates a hit-and-run death and a suspicious suicide.

You have published books of all genres for many different readers, so do you have a preference between them all?

I have no favourite genre or style but treat each novel with the same care, imagination and craftsmanship.  It’s as difficult to write a crime or a children’s novel with a touch of style and grace as it is a literary novel.

Please tell us about the character of Hirsch.

I had great fun working my way into the skin of Hirsch.  Now a uniformed constable demoted and sent to serve in the bush, he’d been a young city detective who found himself member of a corrupt crew of detectives in a suburban police station.  In his new posting he’s lonely, treated with suspicion and – a city boy – overwhelmed by the vast dryness of the inland.

You have won many awards for your work, so how does this affect your confidence as a writer each time your receive one?

At one level an award is an endorsement, a confirmation, but I always find myself looking askance at awards and good reviews, as though another Garry Disher had earned them.

Why is South Australia such a good setting for a thriller novel?

A good writer can set a thriller anywhere and make it convincing: the trick is to evoke the setting in such a way that it highlights the crime or unsettles the reader.  From my years of teaching creative writing I know that new writers take the setting for granted, as simply a place to set the action, but setting is a vital element in fiction writing and deserves serious treatment.  That said, you are always going to find true-life crimes of a scary nature in remote areas, anywhere in the world.

Why is the thriller genre so appealing to you as a writer?

I think we can blame Enid Blyton.  As a child, I loved the Famous Five books (less so the Secret Seven books), for they were about good guys and bad guys, crime and punishment, mystery and revelation.  They can be reassuring: the real world seems ruled by chance and accident, with the bad guys getting away with it.  Good crime fiction tells us about the world we live in, too—literary fiction has let us down in that regard.  And as a writer and a reader, I like strong narratives and the techniques that keep us on our toes: sudden reversals, secrets rising to the surface, withholding tactics, red herrings and partial or doubtful outcomes.  All fiction can be improved if writers used the ‘tricks’ of the crime writer.

You have been compared to Michael Connelly and Ian Rankin, so how does this make you feel?

Two of my favourite writers, so I’m very chuffed (but it can’t be me, it must be another Garry Disher).

I’ve had lots of e-mails in the past couple of years, asking what’s happened to my series characters, Inspector Challis and Sergeant Destry, so I am in the midst of dreaming my way into their next outing.