I have a Northern Irish accent. Not surprising given I was born and raised there. Of course, I didn't know I had an accent until I joined the Royal Air Force. In the folds of the English countryside, I quickly noticed that 'Sorry, I didn't quite get that…' was the normal reply to anything I said. But, it wasn't all bad. Young and single, my brogue was considered cute by some. Although this was Britain in the 1980's so to others, it was dangerous and suspicious. Now, the world has changed. I am no longer young or single and my accent is not a cause for concern but some constants remain; voice recognition systems still greet me with, 'Sorry, I didn't quite get that…'. 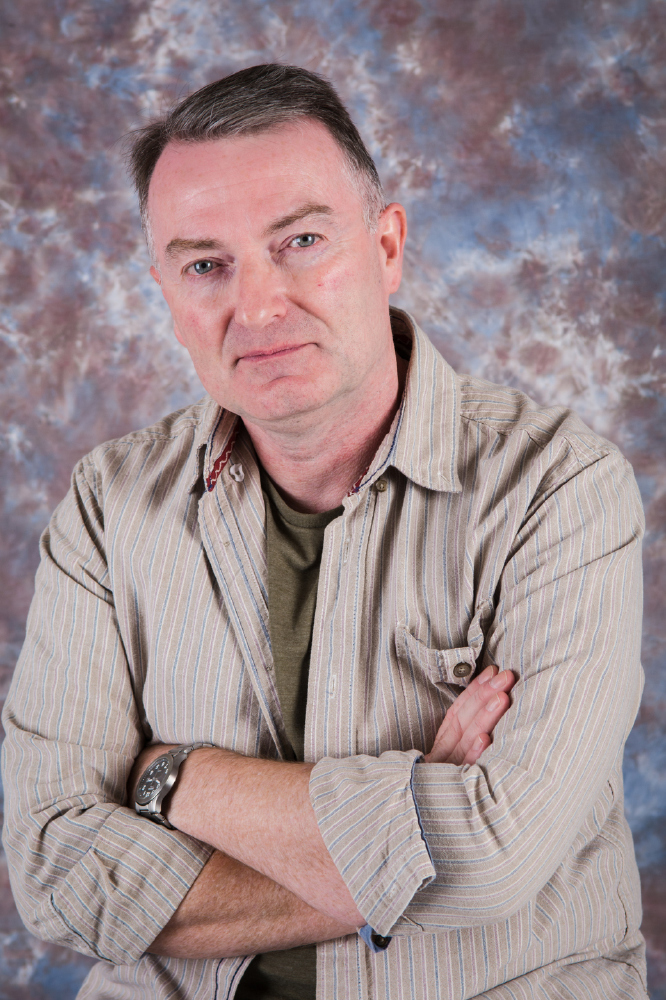 My Mum was an Irish Dancing teacher and as a child, I was surrounded by capable and confident women who never seemed to need help. There were few, if any, men at the Dancing Festivals back then, so if the audio system failed, or the lights went out or the tea-urn fused, these women just fixed it and carried on. It wasn't feminism, it was normal.

A classmate in Primary school won a BBC writing competition. Her story was broadcast on BBC radio and that impressed me so much, I decided to start writing short stories and poems. I was eight.

I served with the first three women air-electronic technicians of the modern era and watched as they broke down the barriers and prejudices inherent in the old ways. An example to all, pioneers to those coming behind them and great people to have as friends.

In the mid-1990s I became an Air Force Intelligence Officer. It sounds way cooler than it was. No tuxedos, no martinis, not a hint of an Aston Martin. But it was interesting and fun.

In July 1997 I exchanged emails with a woman in Australia for work purposes. This was long before most people knew about the Internet, let alone websites. We later talked on the phone and wrote 'proper letters'. Determined to take things slowly and sensibly, we soon realised life was too short. Married in March '98, and still going strong.

The full plot of my first book was a dream, literally. While we were living in London in 2000, like a terrible cliché, I had a dream. On waking, I wrote down four lines on a scrap of post-it note. Those four lines, fourteen years later, would be the seeds of my first novel, A Time To Every Purpose.

Mary Reid, is a cool, calculating and capable, strawberry-blonde psychopath who featured in that first book. I know I wrote her, but she quickly outgrew what I had originally planned for her. A Time To Every Purpose is a stand-alone story, so to develop her type of character further, I needed to write more books. It's due to Mary, that I embarked on a series of crime novels.

I set out to write a female duo of Private Investigators. I love thrillers, especially those with a flavouring of military expertise, yet found the existing female characters frustrating. Sometimes they were the secretary, sometimes the corpse, often both. Rarely did they reflect the intelligence and skill-sets of the women I had worked with. Enter the Wright & Tran series. Kara Wright and her co-investigator, Tien Tran, use intelligence gathering techniques in their pursuit of criminals outside of the normal justice system. Both characters include some fictionalised amalgamations of my former colleagues, but recently I was asked if those former colleagues had joined the military to make a statement for feminism. I said I didn't know and I couldn't speak for them, but I always thought they were just making a statement for normal.

Currently, as I am writing this, there are four kangaroos outside my window. We moved to Western Australian in 2004 and live on an idyllic rural block that is home to a mob of wild kangaroos. They eat all our plants, but you can forgive them that.