Jade Sarson: 10 Things You Should Know about my book ‘For the Love of God, Marie!’

Jade Sarson writes a piece for Female First upon the release of her new book For the Love of God Marie.

1. The main character Marie is bisexual. Broadly speaking this means she loves people rather than genders. She could also be called pansexual, which means she loves all genders (bi tends to imply there are only two genders, but there are more nonbinary genders people identify as). This doesn't mean she switches between being straight and being gay - she is always bisexual, and identifies as such.

2. She is also Catholic. Or, well, she was raised as one. As you follow her story you will discover how she really feels about Catholicism and how she develops her own beliefs in people and what ever Gods may exist.

3. Side characters in this story are other Catholic bisexuals. They all experience things in very different ways though, offering different perspectives on this identity.

4. No LGBTQ characters die in this story or suffer unnecessarily. If you want to see queer tragedy , you've got plenty of popular media to choose from for that. This is a happy book, trust me. Sure, the characters go through some drama, they're human after all, but there is a happy ending.

5. There are sex scenes in the book. But this isn't abusive, manipulative or unrealistic sex with perfect model bodies. The scenes are fun, sexy, silly and lovely all at once. Every character is squishy and lumpy and imperfectly beautiful, able to enjoy loving someone else and experiencing pleasure.

6. One of the main characters is a cross dresser. He should not be mislabelled as trans (which means you identify as a gender other than that you were born as), drag queen (as he does not perform theatrically as a woman) or gay because of his outfit choices (which has nothing to do with your sexuality). He is a bisexual cross dresser, i.e. a man who likes to wear feminine clothing, and looks damn good in it.

7. This book doesn't bash religion. It does however frown on people who don't practise what they preach.

8. Once you've read this book you aren't allowed to use the terms "slut" or "boys will be boys", because you should really know better!

10. For the Love of God, Marie! is a graphic novel. That doesn't mean graphic as in violent/erotic content, that means it is a visual novel, as in fully illustrated sequential art. Also known as a comic, or manga, or visual narrative. This doesn't make it any less valid as literature than traditional prose novels. Let it entertain you without thinking too much about whether or not it's "proper literature", just enjoy the immersive story and emotive art. 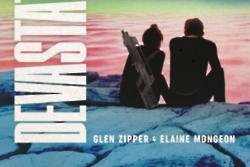 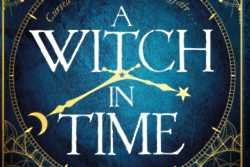 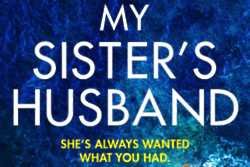