Seven things I'd like my readers to know about me by Jamie O'Connell, author of Diving for Pearls

Author Jamie O'Connell writes a piece for Female First upon the release of his new book Diving for Pearls.

I once received a letter from Princess Diana. When I was six years old, a red royal helicopter flew over our school, and my teacher encouraged us to write a letter to the palace. Each student got a signed reply, which I saved. When she died, I was devastated. I had been obsessed, reading about her each week in Hello! Magazine. I even bought the Diana commemorative stamps from my pocket money after her death. I searched high and low for the letter, thankfully finding it at the bottom of a drawer. However, six-year-old me had got it all wrong. The letter was actually from Fergie (The Duchess of York). Needless to say, that was not the same thing. 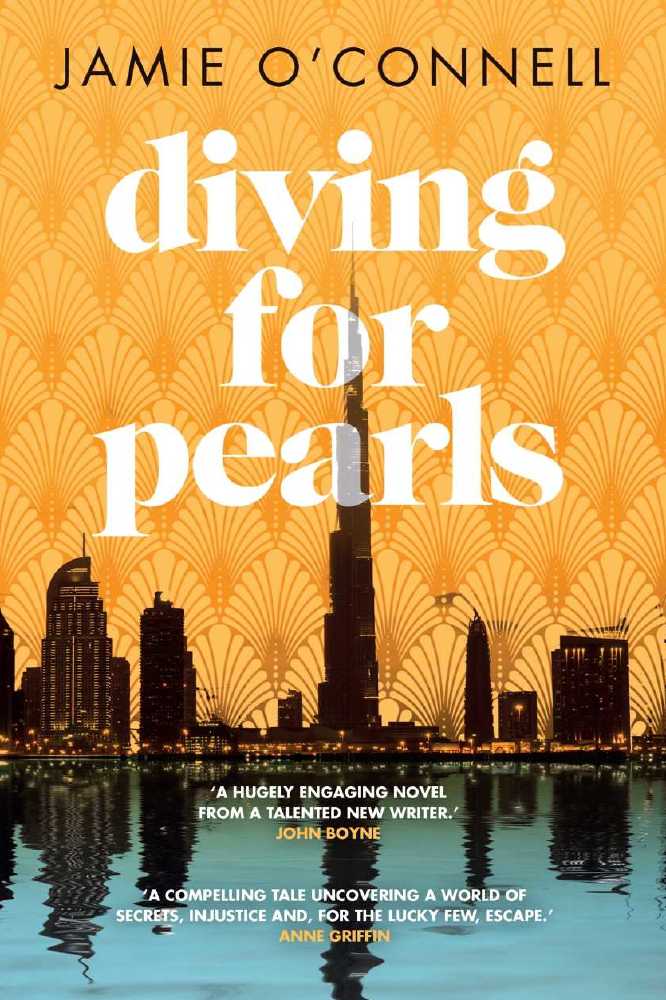 I have a tattoo that reads 'Resist Nothing'. It is a quote from Eckhart Tolle to go with the flow of life rather than fight against it. I am a much happier person for it. Sometimes when I find myself flying into a rage when someone cuts me off in traffic, I see my forearm, and I breathe in and say as calmly as possible, 'Bless you on your journey, you wretch.'

I have wanted to be an author since a young age. I wrote three books while still a teenager (none published but all completed). My favourite was a Roald Dahl-inspired book called The Secret Ingredient. It tells the story of Conor Walnut, a boy whose parents die when a lorry speeds past the couple; its back doors burst open, and a mountain of flying potatoes crushes them. Conor is forced to live with his grandparents, Granddad and Nanny Rotten. The book did not ultimately work, but I still love the ludicrous opening chapter.

I am a complete pushover when it comes to my pets. Every dog I have owned has ended up ruling the house. Their particular brand of 'soft power' means every boundary I put in place 'day one' – no couch, no upstairs, no bedroom, no food from the table – ends up going out the window.

I accidentally moved in with my partner. After living in cities for seventeen years, I began dating John, who is from Kenmare, a town in rural Co. Kerry. In 2020, before the first lockdown in 2020 was announced, I came to Kerry to visit him for the St. Patrick's Day long weekend. I had my 10kg weekend case and my laptop. Lockdown took us by surprise, and I lived out of that case for three months. Now, over a year later, the rest of my belongings have followed me to Kerry. I am unlikely to leave.

I cannot sing. I do not say this lightly. Kind friends have prised the microphone out of my hands on karaoke nights and told me to stick to writing fiction. I would be the kind of X-factor contestant that you know they've kept on because they make 'good TV' despite the fact birds drop from the sky, twitching on the ground, whenever I try to sing even the most basic nursery rhyme.

RELATED: Seven things I’d like my readers to know about me by Kristen Zimmer, author of When Sparks Fly

I make a playlist for every book. Whether I’m writing it or reading it, I throw together a playlist of songs that fit the story and generally listen to it obsessively on repeat until I start a new book. Every scene in every novel has a corresponding song that plays in my head (yes, it’s rather noisy in there!)...