Jan Casey writes a piece for Female First upon the release of her new book The Woman with the Map.

To have many more than seven things I’d like my readers to know about me must be a sign of a varied, happy and fulfilled life. But I had to choose and this is how I narrowed it down. 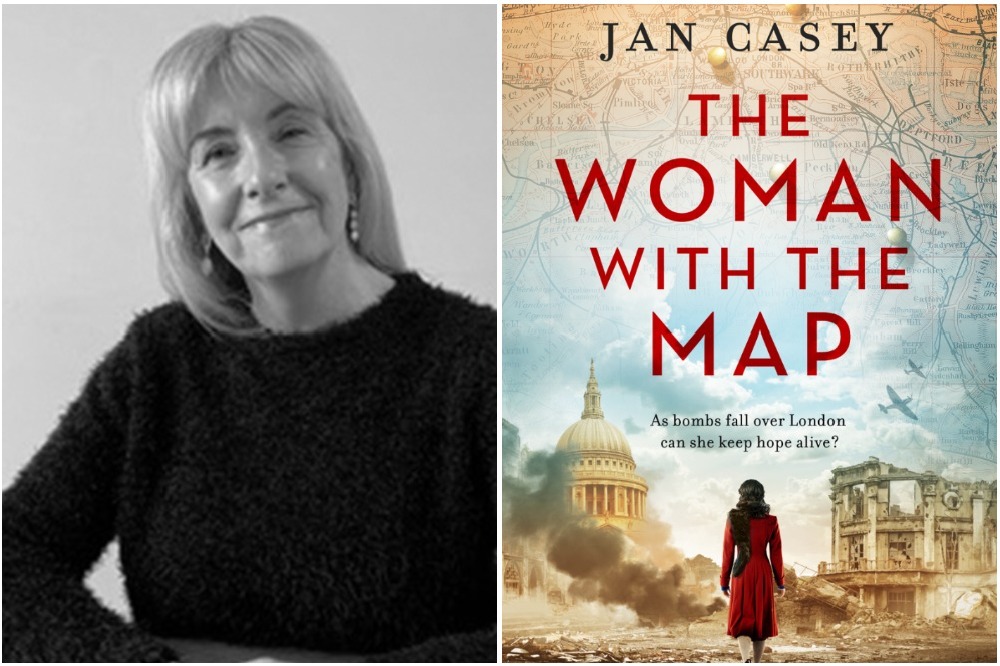 Jan Casey, The Woman with the Map

1. I grew up not far from LA in Southern California and loved the lifestyle which was all sea and sand, palm trees and cut-off jeans. My father was Irish and worked as a maitre d’ and my mum was from North London.

2. Due to a traumatic family event, we moved back to England and it took some time for me to get over the shock of such a sudden change. The education system was different as was the food, the sense of humour and the cold, damp weather which still cuts me to the quick. But after a time, I realised that it was a privilege to have such a deep understanding of more than one culture.

3. During high school, I was sent to a university summer school for aspiring journalists. Whilst on the course, I approached the campus newspaper for a lead and was asked to interview the owners of the then-famous Alice’s Restaurant. I’m still proud of the double spread and byline the editor gave my article. Nothing came of that projected career, but I regularly accuse Orla Guerin and Lyse Doucet of stealing my job when they’re reporting on TV.

4. Many of my ideas come from snippets of conversation I’ve overheard. When I’m writing about World War 2, I often hear my mother’s voice as she talked about rationing or sheltering during the Blitz or nights out in bomb-torn London. Listening to her and her contemporaries helped me to have a realistic view of life in Britain during that time.

5. For many years I worked as an Advisory Teacher for Traveller Education and I loved the job. Working with Gypsies and Irish Travellers in schools and the community taught me so much about shared values, loyalty and dignity that I’m not sure who learned more – the children or me.

6. I consider myself to be a reader first and a writer second. I’m a member of a Book Club that has been meeting several times a year since 2005. The first book we discussed was Dirt Music by Tim Winton and Pachinko by Min Jin Lee will by our ninety-sixth when we meet in June.

7. I have six beautiful grandchildren who keep me out of mischief. I was very proud when my grandson took copies of my books into school for his World War 2 Day and my granddaughter told her friend I was her third favourite author after Enid Blyton and Hollie Webb – praise indeed from a six-year-old.

There is more of me embedded in each of my novels, including my latest, The Woman With The Map. Please let me know if you enjoy any of them.

The Woman With The Map, by Jan Casey is published on 12th May by Aria, an imprint of Head of Zeus. Available to buy in paperback for £8.99.