Ten things about me and my books by Katerina Diamond

When I originally started writing I wanted to write movies, I taught myself how to write screenplays by reading a lot of them and also reading lots of books on how to write screenplays. I was at home looking after my toddler anyway and so I thought it would be a good time to learn something new. I have never really watched daytime television so I wanted to do something with the time that I had. I love movies, I love stories and the escapism that comes with them. 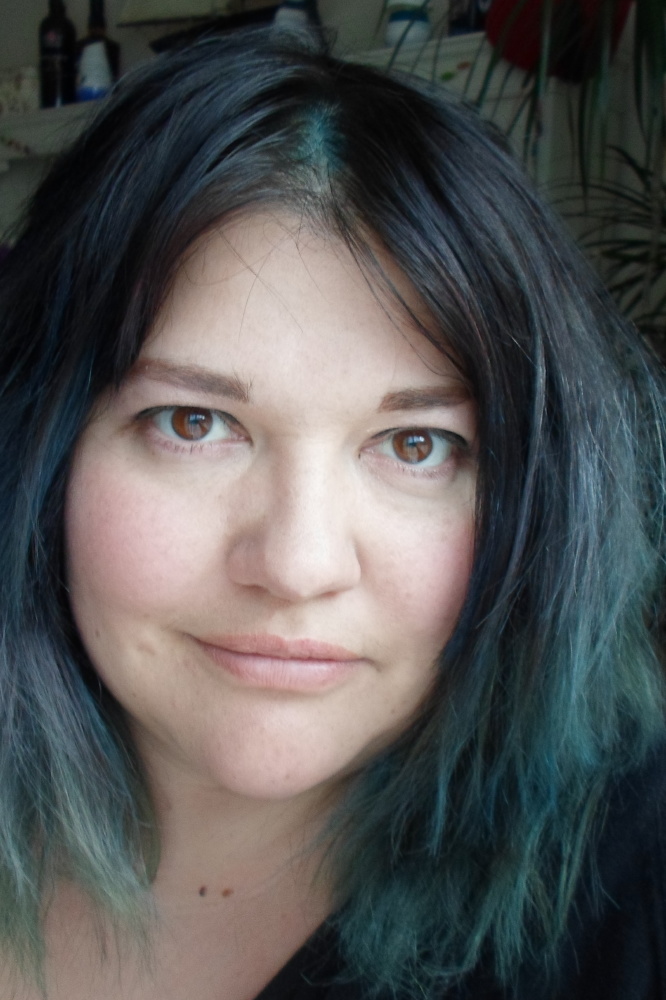 I came second in a local writing competition a few years ago and then not long after a friend of mine convinced me to go to a local writing group. I started writing my book there. I got a seed of an idea from a really depressing newspaper article and I decided I wanted the outcome to be different, and that I should write it. I then took part in the local competition again, to write the opening paragraph of a book - and won! This gave me a lot of confidence and the piece that I wrote for that competition went on to be the opening chapter of my book.

I write a lot of my books in notebooks, they are more portable and it keeps me away from the internet! I am a terrible procrastinator and spend a lot of time distracting myself wherever possible. Writing in a notebook helps me to get my initial ideas down without that element of self-sabotage! It also means I can get on a bus (I don't drive) and go somewhere and just sit and write. This usually only works for the first half of the book because after a while the story gets a bit too complex for me to keep a handle on without the use of spreadsheets and tables.

I based my series in Devon because even though I live in East Kent now I know Devon a lot better. I love Exeter and my first flat was there. I used to work in one of the towns outside and on my day off I would come to Exeter with my wages and go to the cinema alone then walk around the city on my own, go for lunch, sit by the river or by the cathedral with a book. It's a lovely place.

Ever since I can remember I have had a real thing for Batman. When I was little I watched the cartoon and the Adam West TV show. When I was a teenager I discovered the Graphic Novel: The Dark Knight Returns which was a gritty and definitely not for children. The shocking nature of the story really inspired me. There is a certain depth to Batman that really speaks to me, over the years I have collected several of the Graphic novels. I also watch all the animated Batman or Justice League films or TV series that come out. Cartoons aimed at older kids are really great for inspirational dialogue - kids have a short attention span and so the dialogue has to be snappy and to the point. I think Batman is what inspires that fascination with moral ambiguity that I have.

I take a lot of inspiration from TV and Movies. I find it hard to watch anything as purely an observer, I am constantly analysing and deconstructing things I have watched. Sometimes a scene or a tiny philosophical outpouring will really hit me and so I try and think how I can bring that to my characters, how can I evoke the same feeling in my work. Sometimes it will be something touching or sweet, sometimes it will be something that literally turns my stomach.

I always listen to music or watch TV while I am writing. It actually helps to keep me focussed. My brain works at about a million miles a minute and so if there is something else going on I'm not totally tempted to watch endless videos online or read bizarre news articles… or spend hours and hours on Tumblr or Pinterest.

I have always struggled with finishing things, I have a tendency to start things and never finish them. Completing my first screenplay gave me confidence that I could actually write complete stories. I think the creative process is filled with self-doubt and it's hard to push through to the end without giving into that temptation that your ideas are all rubbish. A few projects later and I realised that maybe I could finish my writing projects. Writing a Novel is even trickier in that respect because you do end up counting the words, or at least I do. I often get to about twenty thousand words and think I have nothing more to say, but then I figure it out.

I always really struggle through a first draft. My favourite part of writing is rewriting. The day I figured out that it mattered more to get to the end than to keep fixating on making things perfect as I went along my whole writing method changed. It may be a bit of a cliché that you can't edit a blank page but it's true. Just writing and getting to the end of my first draft is always the high point for me, after that rewriting, editing is all fun because the hardest part is over.

I have a murder wall. I write little notes on all my characters, find pictures online of actors or models or people who remind me of the characters in my mind and I print little pictures of them off. I use post its, notecards and anything else I can find and arrange them on my wall. I also print out photos of places or quotes. I keep a post-it pad when I watch TV and write down snips of dialogue if they appeal to me - usually I can't decipher about 20% of the notes after! It's a good way to organise the story in my head. I have a tendency to overcomplicate things for myself and this visual aid helps me with mental clarity. 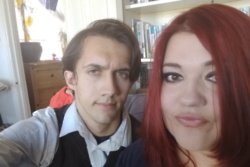 A Day In The Life Of Me By Katerina Diamond