Kay Brellend writes a piece for Female First upon the release of her new book The Way Home. 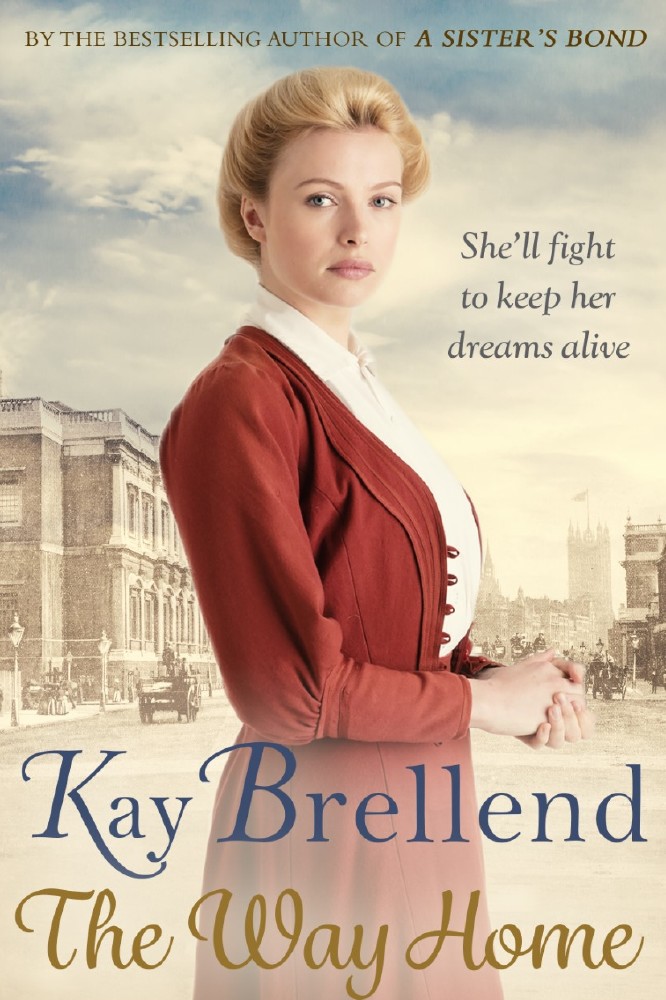 1. I’ve always loved books but didn’t grow up hoping to be an author. I wanted to be a glamorous air hostess. It didn’t work out that way, not least because I discovered I hate flying. I write at home, live in trackies, and the kettle is always on. Bliss.

2. I start work at 7 am, so I can pack up early to get to the gym and liven up after being hunched over a desk.

3. When my boys were little, I worked part-time at a library and began writing Regency romances under a pseudonym. The first was bought by an American publisher in 1986.

4. I stopped writing for a time in the 1990s to be a property developer. I still love doing up houses. Every place we’ve had has been a renovation project. I’m writing now to the tune of a drill.

5. After leaving school, I trained as a Pitman secretary for an oil company. Learning to touch type early on has been a boon.

6. I kept up my Saturday job in Wood Green High Street after becoming a secretary. The shop sold Mohair suits and coats - all the rage in the 1970s for girls wearing bovver boots.

7. I got a Saturday job as soon as I could, sweeping up in a hairdresser’s at thirteen. My mum wanted to work, but back then you didn’t while rearing six kids. She instilled in us that a job was a privilege, not a chore.

8. I come from a long line of tough independent women. My nan was brought up in the worst street in north London, and gave birth to my mum there. It was a slum nicknamed The Bunk, and the police were nervous of entering it.

9. My first saga was published in 2011. ‘The Street’ was inspired by an unfinished manuscript my mum left about her birthplace. I finished it for her. ‘The Campbell Road’ series spans from the Edwardian era until the demolition of the road in slum clearance in the 1950s. By then Campbell Road had been renamed Whadcoat Street, possibly in an attempt to shake off its bad reputation.

10. ‘The Bittersweet Legacy’ trilogy was inspired by my nan. She moved out of Campbell Road at the end of the Great War and settled in Wood Green. In the 1920s she worked as a roller-out at Barratt’s sweet factory, where the series is set. ‘The Way Home’, is the third book and transports the heroine to the Western Front to nurse injured Tommies.

11. I know it was 10 things but here’s one for luck: my ‘Workhouse to War’ trilogy is set in the East End of London. The series kicks off with ‘A Workhouse Christmas’, set in Whitechapel at the beginning of the Great War, and it’s coming soon.