Author Laurence Anholt writes a piece for Female First upon the release of his new book Festival of Death.

Can men write female characters? I think so. I hope so. When I created DI Shanti Joyce, the sassy, sexy single-mum protagonist of my new Mindful Detective series, I genuinely relished the challenge of bringing her alive. 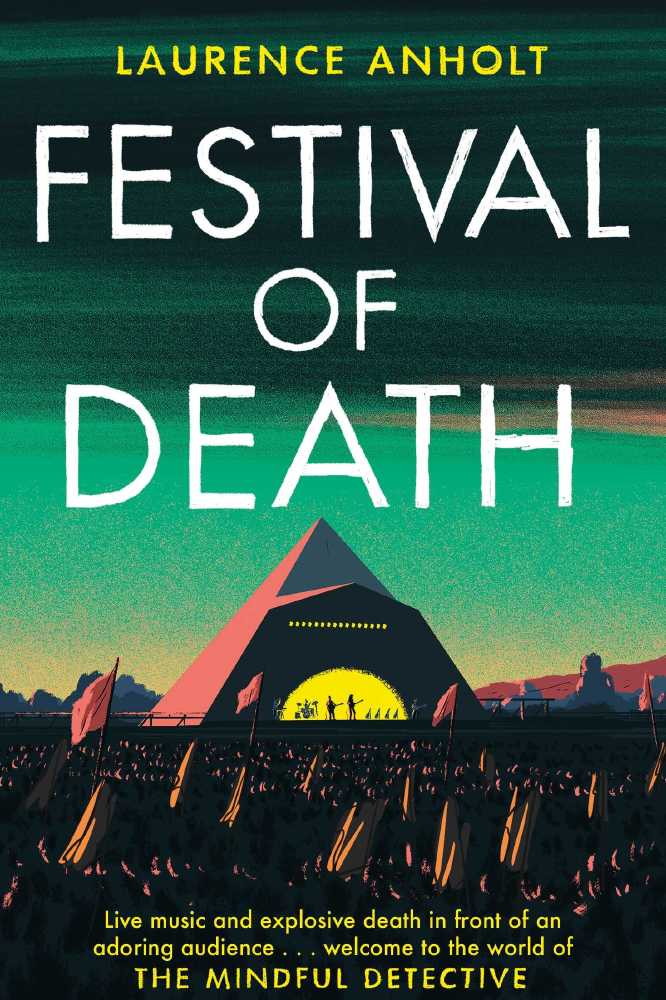 There’s no shortage of inspirational women in my family – my mum was an intrepid traveller, who practiced yoga and meditation into her 70s. My eldest daughter, Claire combines raising twins (there’s tons of twins in our family) with a high-powered humanitarian career at the UN. Her little sis, Maddy is a comedian, writer and Women’s Aid Ambassador. (Check her out on Twitter: @maddy_anholt)

Then there’s my soulmate, my lovely wife, Cathy. We’ve been together since we were 18 and she’s an inspiration to me every day. Not only did she give birth to our twins of 8½ pounds each (I know!), but she illustrated around 100 of our picture books, and now in her 60s, goes into her studio every day to create the most magical paintings. (Say hi on Instagram: @catherineanholt)

Hey, wonderful review of FESTIVAL OF DEATH - Book of the Week in Dundee Courier and Aberdeen Press&Journal.

"Anholt has a real flair for characterisation ... this quirky fast-paced crime mystery is magically entertaining..."

There’s a little bit of all these women in DI Shanti Joyce. Having screwed up a case in Camden Town, recently divorced Shanti has relocated to Yeovil with her mum and eight-year-old son, Paul. She’s not used to country life and when she meets her crime-solving partner – the eponymous Mindful Detective, Vincent Caine, her mind and her life is blown in every possible direction. You see Caine is the most unlikely of all cops - a strangely attractive Buddhist, who lives in a cabin on the Undercliffs outside Lyme Regis. Known to the Yeovil Yoof as ‘Veggie Cop’, Caine is a most reluctant police officer. The trouble with Caine is he’s an empath who feels too much for his own good. Every case is painful for him and if it wasn’t for the fact that he’s just so damn good at solving crimes, Shanti wouldn’t give him the time of day. But Caine is slow and intuitive, like a native tracker. He can relate to anyone because he really, really cares. Mostly, he’s head over heels in love with Shanti, and that’s something she doesn’t need right now. She’s sick of men and deeply cynical of all that meditation and mindfulness. Shanti prefers a burger and a car chase… if only Caine wasn’t so damned magnetic (these vegans are dead lean aren’t they?)

To use a Caine phrase, Shanti and Caine are a Yin Yang duo. Without realising it, they have developed a symbiotic approach to crime solving.

And there’s another thing - back in Camden, Shanti was used to a nice Saturday night stabbing, but since she met Caine, she seems to be dragged into the strangest of crimes, like that bizarre murder in the art gallery in Art of Death. To her chagrin, Shanti and Caine have become known as ‘the go-to team for weird shit in the West Country.’

And now it’s the height of summer and they are called in to solve the biggest, weirdest crime of their careers. Strange as it might seem, the charismatic lead singer of mega-group, Stigma has been microwaved by his own guitar, live on the Pyramid Stage at the Glastonbury Festival. No problem, you would think - there were 175,000 witnesses, you might say. But that killer is elusive, and soon the intrepid duo are chasing down dodgy divas and drug-fuelled roadies, amidst the pulsating festival beats. Will the unlikely mix of Joyce’s down-to-earth pragmatism and Caine’s intuitive sleuthing skills solve this most musical of murders? Is the future of the world’s greatest festival in peril? What happens when two consummate professionals are forced to share a tent in the steamy heat of summer?

Well what are you waiting for? Grab a copy of Festival of Death to find out. Oh, and while stocks last, I’m giving away complimentary karma with every copy.

Laurence Anholt is the author (and occasional illustrator) of more than 200 books for every age from babies to big people. The MINDFUL DETECTIVE series is his first venture into serial murder. www.anholt.co.uk Twitter: @LaurenceAnholt