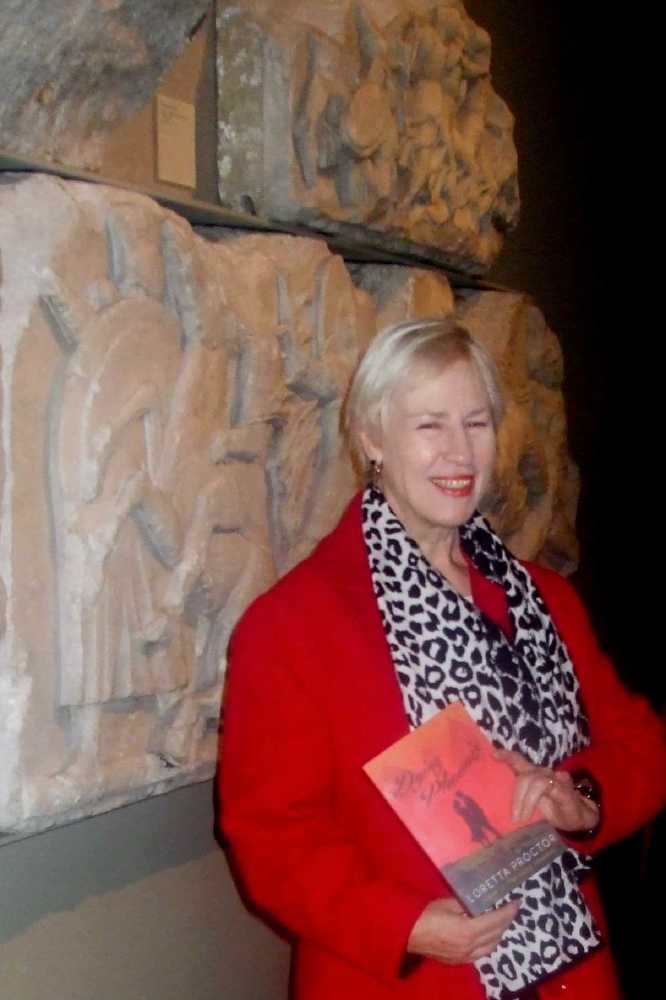 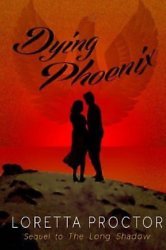 Dying Phoenix is a sequel to my first Greek book, ‘The Long Shadow'.  I began that story some years back when I was exploring my Anglo-Greek roots and it became the story of young Andrew Cassimatis, a person coming of age and taking an inner as well as outer odyssey.  The sequel follows on from that early 20th century setting in Greece during WW1 and now finds Nina, his daughter, embroiled in the evil military dictatorship that overwhelmed Greece from 1967 to 1974.

Please can you tell us a bit about the characters of Max and Nina?

Nina, Andrew's daughter, is a serious, strong minded, self-willed young woman who feels she has to live up to the bravery and courage of her long dead Greek mother. This is her driving motivation in many ways.  She is passionate about her country and its problems.  Max Hammett, her English husband, is a charmer, light and cheerful in contrast to his wife but he has a tendency to be a little flippant and rather too fond of the ladies.  However, much of this brittle lightness hides a deep feeling, wounded side of his nature which Nina recognises and loves about him.

You have been praised for having integrity in your characters so how have you developed this skill through all of your writing?

It's because I love people and love to study human nature.  What really makes people tick?  No one is all black or all white by nature...we have our shadow side and that gives us depth and reality.  People who hide their shadows are like flat, cardboard cut outs.  And so are characters in books that are romantic stereotypes.  My lifelong interest and fascination with Jungian psychology and work as a counsellor helped.

When you came to Britain and first saw snow what were your thoughts?

It was one of the coldest winters here ever with 10ft drifts against the doors up North in Newcastle where my grandparents lived.  And we had arrived from sunny, warm Cairo, Egypt to this chilly welcome!  I remember the children with their sledges on the hill opposite and how scary it was to ride down the hill and into the road though there were few enough cars about.  It was beautiful and strange but I was very little and the old houses seemed so dark, so very cold.  There was no central heating in those days, only a coal fire or gran's warm kitchen with the big black range.   To visit my auntie down by the Tyne, we had to walk down a very steep hill and it was terrifyingly slippery in the snow so I was a bit scared of it.

You have a resonance with your Anglo Greek readers, so how have you captured the hearts of those not familiar with the culture?

So many people have visited Greece and love the culture and the warm, hospitable people there.  I think and hope that my understanding of Greek nature helps me to create really Greek characters, makes them come alive for those who are unfamiliar with the culture.  I also want people to see Greece from the inside and not just tourist knowledge; ouzo, moussaka and bouzouki.  Greece is so much richer, more strange, varied and dignified than that.

Why did you want to explore relationship dissolution in this book?

My two characters Max and Nina love each other deeply but they part and cause one another great pain.  Too many marriages split up nowadays and I wanted to explore the ability of people to overcome problems, realise that it takes two to quarrel, that nothing is perfect and that love can triumph if both people recognise their flaws.

How do you feel about your story being so apt for the current dilemmas that are facing Greek people?

The Greeks are in a process of self-discovery as much as my characters.  People forget that they are a 'young' nation in a way because they were occupied by the Turks for 400 years.  That's a very long time indeed.  It's amazing that their culture survived at all.  Athens was a tiny village when the Greek at last gained their independence in 1832.  Then there was WW1 and 2 and this was swiftly followed by a bitter civil war.  Then the Colonels took over!  So there's a lot of work to do to get themselves politically and financially stable.   But, as Nina says, 'we have the sun, the sea, good food and music!' The Greeks keep cheerful despite everything.

I have another Greek tale in the pipeline, The Glass Madonna.  This is about a young, fragile girl and her visit to Greece with her father, an archaeologist.  There's a supernatural element to this story!  But I'm taking a little break for a year and so it may be a while before you see this one! 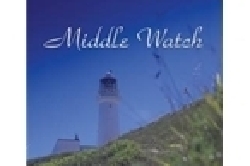 Get Middle Watch by Loretta Proctor free on your Kindle 19th-21st July! 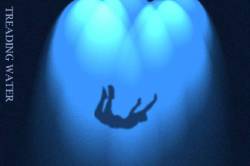