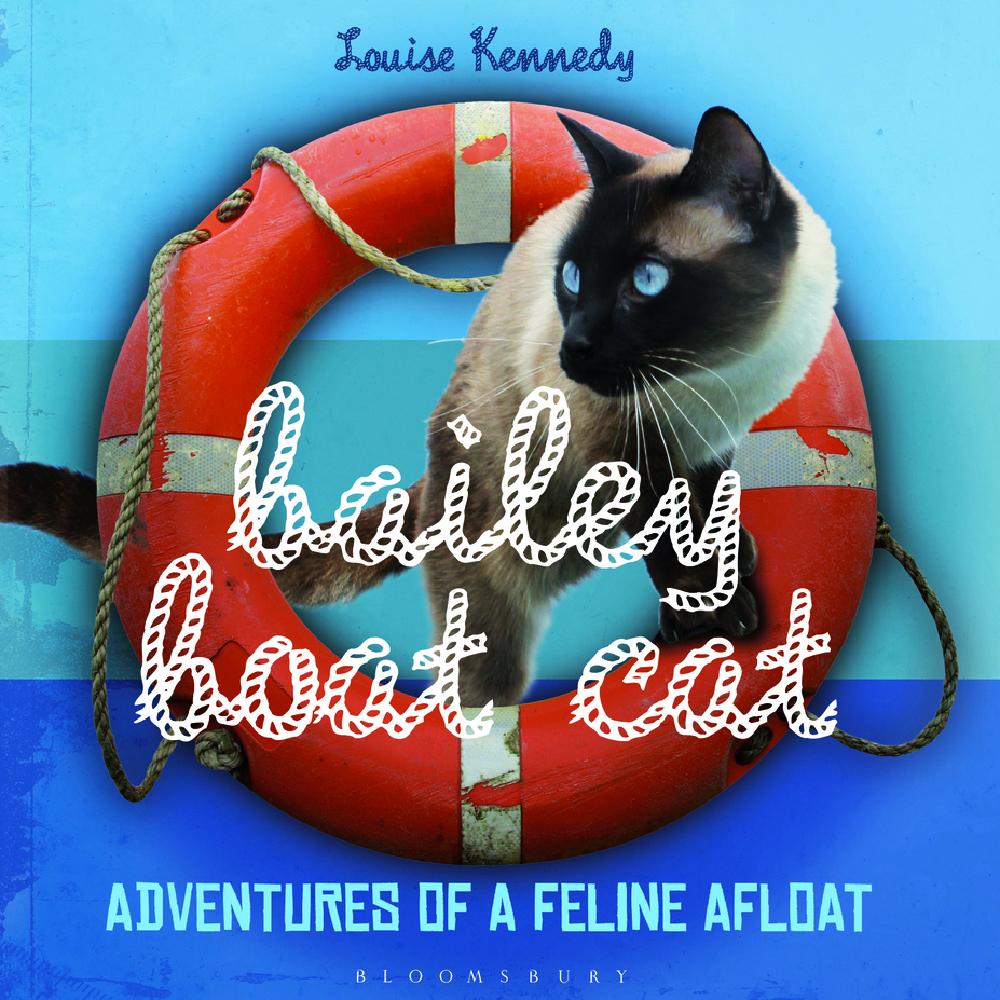 Bailey Boat Cat is written from a cat's eye view detailing Bailey's observations about life aboard and sailing in general.  Whilst it deals with some of the practicalities and facts about sailing it is done in a light-hearted way designed to appeal to all ages and to sailors and cat lovers alike.

What prompted you to write the Bailey Boat Cat Blog?

I wanted to document our journey on the boat through a blog. We enjoy reading lots of sailing and cruising blogs but there are a lot of very similar ones out there and I wanted to write something different. Bailey loves living on the boat, he has such a strong character and often notices things that we 'humans' haven't! I thought it would be interesting to write the blog through his eyes and it's gone from strength to strength with everyone falling in love with him.

Why did you decide to settle in Nice?

I was actually based in Nice for two years for work. Bailey and I were commuting between the boat in Rome and the flat in Nice. We've since both moved aboard Nocturne with my partner full-time as I've taken a sabbatical to concentrate on writing and hopefully get out sailing a lot more.

You are planning to go cruising in 2014 so where will you be travelling to?

We will be staying fairly local to our home port due to my partner's work commitments and some big projects that we have planned for the boat. We will be cruising the Western Italian Coast including the islands of Elba, Giglio, Ponza and Palmorola. If the weather and time permit we'd also like to go to Sardinia and Corsica.

Tell us about Bailey and when your journey together began.

I saw Bailey's photo in an advertisement for rehoming and I couldn't resist him. The man that had him couldn't keep him due to a change in his circumstances. Bailey was 10 months old when I went to collect him (he'll be three in July) and he was on the boat within a few weeks of that. He's fearless and actually behaves more like a dog than a cat, we nickname him puppy!

What made you buy a boat and stretch your sea legs?

My partner was actually already living on Nocturne when I met him. I'm Cornish and grew up with a love of the ocean, although I'd never sailed before meeting James it was a very natural transition for me to love life aboard.

Well the blog will of course continue detailing our new adventures with the three of us living aboard. It would be pawesome for Bailey to write another book sometime in the future. I'm also currently working hard on a young adult novel (in which Bailey also features!) set in an underwater world and I'm going to be learning Italian too!

Bailey Boat Cat: Adventures of a Feline Afloat by Louise Kennedy is published by Bloomsbury, £8.99