Working With Marion and Agatha by Rod W Green

There was always a bit of mischief in Marion.

Do you remember what it felt like when you handed an essay to the teacher when you were at school? Remember how anxious you felt? Would she like it? Would you get a nice pat on the back or simply be told ‘must do better?’ Remember all that angst? No? Me neither – until I began working with M C Beaton. 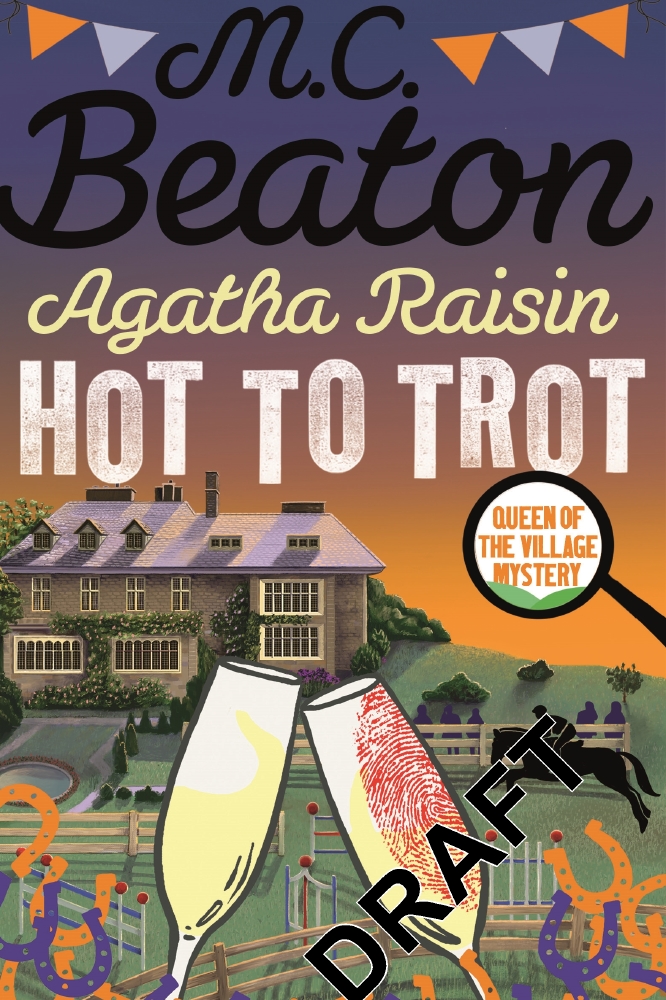 I had known Marion for a long time, my wife, Krystyna, having been her publisher in London for over 20 years. We were friends – not the sort of friends who see each other every day and fill in the time between meetings with endless phone calls, but friends who meet every few months, always enjoy each other’s company and never run out of things to say. We were both Scots and had both worked as journalists and as writers. We made each other laugh. Marion had a wicked sense of humour and a wealth of funny stories to tell, as you might expect from a master storyteller who delighted in dropping her characters into excruciatingly awkward situations.

It was a huge thrill for me, therefore, when Marion asked if I would work with her on the latest Agatha Raisin adventure, although it was regrettable that she needed any help at all. Marion had been ill and was worrying about being able to pull together her ideas for Hot To Trot. Sitting in front of a computer typing for hour after hour, day after day would have left her utterly exhausted at a time when she needed her strength to recuperate. I expected that helping her would be quite a basic job, essentially taking dictation and writing up the results, perhaps chipping in a few ideas along the way. That wasn’t Marion’s plan at all. She thought that would be a waste of time. What she wanted to do was discuss how the plot would develop, how we would bring in the major regular characters – who all had particular roles to play – and how we could manipulate her ‘scenes.’

Marion, you see, liked to visualise her characters in scenes, usually scenes where we, as readers, could have a good laugh at them. Dropping Agatha into scenarios where the Raisin temperament, intolerance and impatience had landed her in hot water was huge fun and, as far as Marion was concerned, having fun was hugely important. She believed that if she didn’t have fun writing, then the reader wouldn’t have fun reading what she produced. It was hard to argue with that. It was hard to argue with Marion, anyway. Not only was she very often right, but Marion also put a lot of herself into Agatha Raisin, and you’d have to be very brave to argue with Agatha.

So, at the end of our first ‘work’ session, with me having taken lots of notes but still waiting to switch on my recorder and take some dictation, Marion sent me away to write a sample chapter. She had wanted to make sure that I understood Agatha’s world, had decided that I probably did, and sent me away with my notes to write up what we had discussed the way that she would do it, staying true to the characters and the way that life, death and murder played out in Carsely. If what I came up with was the way that she would weave an Agatha Raisin murder investigation, then we might be able to work together. If it wasn’t as she wanted, well, we would still be friends.

That’s how I came to remember what it was like as a child in the classroom, handing a homework essay in to the teacher. I wasn’t exactly hopping from one foot to the other while Marion read through the sample text, but I had to keep reminding myself to breathe. She read with a pen in her hand and, a couple of times, simply said, ‘No, I wouldn’t use that phrase,’ and crossed out something on the page. She said, ‘Not “smirk”. Agatha Raisin doesn’t “smirk”.’ Then she looked up with a big smile. ‘Apart from that, this is just how I would have done it.’

There was always a bit of mischief in Marion. She had seen how nervous I was and thought that was hilarious, so had played me like a fiddle to make the most of it – but I passed the test and was delighted to work on Hot To Trot.

Having appeared to have fought off her illness and to have been recovering her strength, Marion’s condition sadly deteriorated and Krystyna and I were terribly sad when she died. I am really proud that she trusted me to meddle with her characters and I will miss her more than I can say.

MORE: A Day In The Life Of Me By M C Beaton 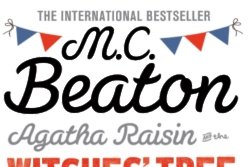 A Day In The Life Of Me By M C Beaton 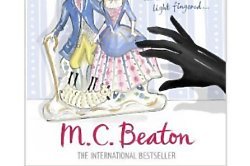