Top Ten Ways a Creative Writing Degree Helped Me Become a Writer, or it might help YOU

1) Start as you mean to go on. The first big battle in being a writer - or any kind of artist - is in stepping up and saying that's what you are, even when you're new at it. By the time you've applied and been accepted by a Creative Writing program, you've already conquered that. Embracing the challenge, and letting people know you're going for it, is worth gold. 2) Bravery every day. Most Creative Writing degrees require a certain amount of "workshopping" which causes terror among first-timers. Writing is not for the faint of heart nor the thin-of-skin. If you can bring your words to the critical eyes of a workshop without cowering, you're well on your way to literary success.

3) Producing work... (at least SOME work). Let's face it, a lot of people say they want to be writers, but something always gets in their way, and they just don't get around to producing the work they could. If you're in a Creative Writing program, you're going to produce.

4) Feedback - giving and getting. This is one of the biggies. You're going to get loads of feedback from classmates on your writing, and you're going to learn to give valuable feedback. Hopefully both will be informative and constructive. But sometimes feedback is destructive and heart-breaking. The best thing you'll ever "learn" from a Creative Writing program is how varied readers' tastes are... and you'll recognize when some feedback just doesn't resonate for you. The confidence you'll gain in these lessons is the best take-away you'll get. You'll know how to work with future editors and agents and publishers, and how to handle reviews. A writer doesn't necessarily need ANY readers, but for those who do hope to gain readership for their work, this one is huge.

5) Expert input. This is a little different from "feedback," because here I mean feedback from your instructors and professors. They are likely to be well-published, award-winning authors who really know their stuff. On the rare occasions that they spot true talent in their midst, and they offer to help usher a writer into the industry channels, past gatekeepers, take note. This doesn't happen often, and even if those writers' works don't get picked up by major publishers, these things are rare enough to really matter. Those writers are likely to go the distance, even when they must enter new and different races - or face other gatekeepers - before publication. For me, my professor Carolann See was a huge inspiration and guru, and Irish writer Brian Moore actually sent my first novel to his agent in New York - saying he thought it "had a chance." He'd always said he'd never do that for a student, and yet he did. The agent never sold it, but I felt validated by Professor Moore's generosity, and by the effort made by his agent at Curtis Brown. A top New York agent was out there trying to sell my work! That alone has kept me going through some dark days... I think owed Brian Moore my continued efforts to write and to reach readers.

6) Access. This is a follow on from "expert input" but without the ushering. Once you've been workshopped by a respected writer, this information might be the first line of the query letters you'll send to agents, journals, and publishers. Some folks believe the publishing industry is a deeply mysterious mansion full of locked doors. Not necessarily. You just have to know the secret knock and be brave enough to keep knocking. That prof you've been working with for two years might teach you the secret knock, if you ask nicely.

7) Demystifying. There are plenty of books, blogs, YouTube videos, and websites out there - writers' and publishers' guides - that will help make the global (and changing!) publishing industries more transparent. They will shed loads of light on the subject, but having experienced friends who can shed their own personal light is also invaluable. You'll find these people in your Creative Writing program.

8) Finding your tribe. Even separate from the expert opinions, industry guidance, and feedback on your writing, possibly the best thing about a Creative Writing program is that you'll be immersed in a world full of writers. Let's face it - we are not normal people! We love to discuss the Oxford comma and other intricacies of punctuation! We love subtleties of word choice and turns of phrase! We MIGHT even be full-blown odd-balls. Finding like-minded folks, our "tribe," as it were, is amazing. Not only Creative Writing degrees at universities, but all writers' programs offer this. The first writers program I did at age 16 at Northwestern University near Chicago. My roommate from Miami and I realized instantly that our interests were well aligned, and also NOT aligned with too many kids from our high schools. What a joy it was to meet her! By the way, she's an excellent writer today - Tananarive Due, and she was a visiting instructor at last year's Geneva Writers Group conference, thanks to my proposing her - 30 years after we shared that 6th floor room in Sargent Hall. So that's another thing I should mention...

9) Networking. Nobody likes that word because it seems smarmy, but the fact is you're going to end up with a lot of writer friends when you do a Creative Writing degree, Masters or Undergrad - and those people will no doubt work in other programs of interest to you and vice versa. Publishing is a very small world, and it's really great fun as you get to know people doing exciting, creative things in it.

10) If you can't NOT write... My first roommate at UCLA said whatever your true interests are, you'll always come back to that, no matter what course you are otherwise TRYING to study. I knew I wanted to be a writer. In the States, a student doesn't necessarily declare a major until they've been at university for two years, so I was exploring a long list of possible majors - but always with the goal of becoming a writer. In the end, I got lucky and the Creative Writing door creaked open - not on my first application, mind you, but I'm glad I kept knocking. I know we shouldn't need external validation for everything we do, but learning that my debut novel 'Rapeseed' was named a finalist by Foreword Reviews for Book of the Year in General Fiction felt pretty fabulous. I think it gave me the courage to write my new novel 'Mailbox' with its less conventional structure and concept. One thing leads to another... and the Creative Writing degree was definitely a good launch for my personal writer's journey.

Nancy Freund studied Creative Writing at UCLA, among many other less formal but equally important Creative Writing programs in the US, UK, and Europe. Her novel 'Mailbox: A Scattershot Novel of Racing, Dares and Danger, Occasional Nakedness, and Faith' will be published 10 May, 2015 by Gobreau Press. 'Mailbox' is her second novel. 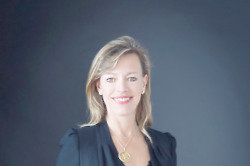