"The books also celebrate a feeling of ‘otherness’, a feeling very strong at Gwenna's age..."

If you were to sum up the writing of renowned horror author and screenwriter Guenther Primig, you could describe it as cinematic, singular, and supremely sinister.

In 2019 he first introduced readers to Gwenna Luna, a young anti-heroine outsider who hails from “a place of profoundly strange, dangerous and mad occult happenings”. The collection of bloodcurdling short stories, The Dark Book of Gwenna Luna: Six Dream of the Supernatural, proved an instant hit with its artful combination of classic horror atmosphere with contemporary settings and concerns.

Now, the Germany-based author and his titular teenage witch are back to share a second gripping selection of nightmarish visions and fiendish phantasmagoria in The Graveyard of Gwenna Luna: Six More Dreams from the Dark Book.

To mark the release of the book, we caught up with Guenther to find out more about his creation, his views on writing effective horror fiction, and what stories spook him out, among other things. 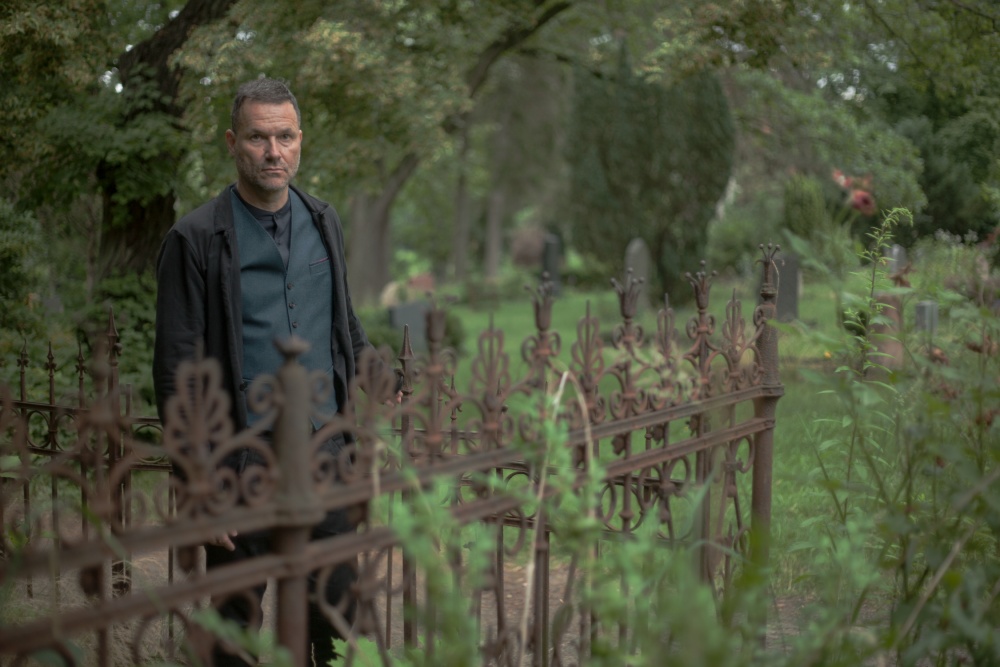 As a writer, what is the appeal of the horror genre?

I think as soon as you start writing for an audience and realise you can engage people that way, there are two things you simply have to know. The first is, ‘Can I make them laugh?’. So you write a careful joke and, by Jove, it works! So then, of course, the little devil on your left shoulder says, ‘Yes, but can you frighten them?’. So you try your first apparition and if people use words like “freaked out” and “ terrified”, it's heady stuff. You're like Victor Frankenstein: “It's alive! It's alive!”. Comedy and horror give you that measurable reaction; that visceral reaction. Very appealing.

How would you explain the Gwenna Luna series to a new reader?

It’s a series that has very deep roots in the classic English ghost story and, further back, in various folk myths and stories. But it's a very modern story as well, so the effect is something like the emotional terror of the classics delivered in our present context. The supernatural is timeless and those emotions haven't gone anywhere. You don't need a ‘young woman takes a post as governess at Hadley Hall’ context to make it work. The series follows a very young woman who comes from a place of profoundly strange, dangerous and mad occult happenings, and she has to make her way in the world and deal with that. She's a scrappy witch, not a chosen one—a profound outsider with no destiny. Her life will be what she makes of it. She's on her own path, and it’s one strewn with ghosts and monsters. 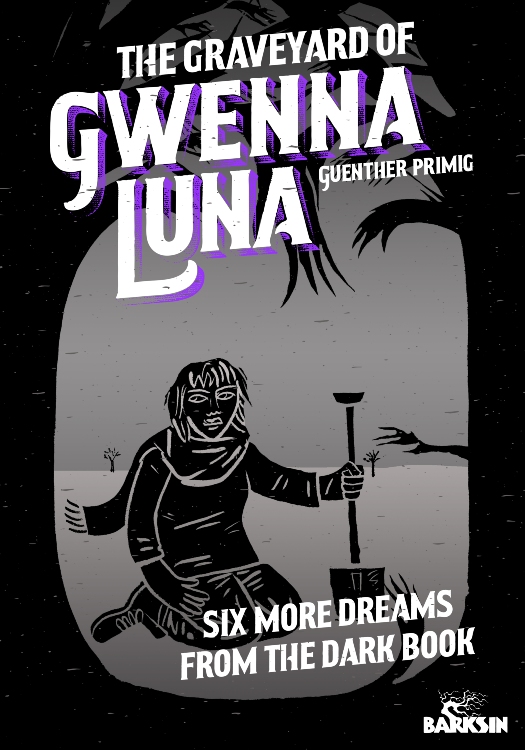 The Graveyard of Gwenna Luna by acclaimed horror author and screenwriter Guenther Primig reintroduces readers to troubled witch Gwenna Luna, who finds herself in the snow-covered forests of England as she continues to run from her dark past, and the terrifying dreams that haunt her mind

Who do you think the Gwenna Luna series will appeal to?

If you've read your Oxford Book of English Ghost Stories to shreds and always wondered how these stories would have felt to a contemporary, Victorian reader, I think you'll love the Gwenna Luna books because they go for a similar terror emotionally, but in a modern way. It's the same dark waters, but we're dealing with people you know and recognise because they fly on planes, use smart phones and their minds are modern.

The books also celebrate a feeling of ‘otherness’, a feeling very strong at Gwenna's age. She's seventeen when the series starts and, like her, many of the heroes of the stories move through a world that stares at them more than it embraces them. If you can sympathise with that, I think you'll find a lot to like in the series.

How did you come up with the character Gwenna Luna?

Originally, I was looking for a frame story that would tie together the six stories I wanted to use in the first book. I was going to do something like Ray Bradbury did in The Illustrated Man—“he flexed his muscles and the picture began to move,”—that sort of very simple, very effective frame. I thought about an older woman, a painter whose canvasses could draw you in and come to life. But then I realised there was a type of character I always liked but had never written—the sort of heroine you encounter in a Myazaki film: young women, sometimes girls, with a sort of steel to them, but a very good heart. I liked the emotional possibilities of that.

I named her after the opera Frau Luna, because I always loved that title. And ‘Gwenna’ is the name of the first woman to ever be executed as a witch in England. But her emotional core, in the end, comes from a very vivid dream I had as a child of running through the world, never being able to stay long in one place, making intense connections with people but being this sort of strange, tragic person who had to keep moving. I woke up from that dream very upset that I wasn't really that kid. And all those years later, without realising it, it came back in the guise of Gwenna and now I get to write it. The mind never throws anything away.

What would you say is the secret of effective horror writing? What's the scariest book you've ever read?

I don't think there are any general rules—libraries would be pretty boring if we all went after things the same way or a ‘right’ way. For myself, I find it useful not to get hung up on mechanics: who's haunting whom? Can they fly? What do they want? How does any of it work? You're not building a plane that'll crash and kill everybody if you don't do the math right.

Writing ghosts for me is emotion over explanation. What does it feel like to encounter a dead person walking? What did it smell like when I walked into the haunted woods? I’m trying to create an experience. If you ever encounter a ghost, you won't know how apparitions work and you won't care. You'll feel something—something very wrong or very benign, but in any case, something intense and mysterious and unknowable. I guess that would be my secret for writing horror: embrace the mystery. You're like a child, encountering something new and alien and terrifying. Write that.

Scariest book I ever read? So many, for many different reasons: Shirley Jackson's Haunting of Hill House for the nasty mind of the house. Blatty's The Exorcist for the deep, real roots in theology. As a child I was terrified of the German folk myths about Rübezahl, an unpredictable giant and mountain spirit. My father had an old, battered copy in the old gothic script that lent dreadful authenticity to it. I would call the giant's name in the woods and I knew from the book that chances were good he'd hear me and come. That book was scary to me even as a physical object.

Your first two Gwenna Luna books are anthologies but subsequent volumes will be novels. Why is the series evolving in this way?

That’s the right word: ‘evolve’. When I started the first book, I thought Gwenna's story was going to frame the six individual stories and be resolved at the end of the first book. She comes into this psychiatrist's office and what ensues is a sort of battle between reason and her mad-sounding dreams, the spiritual. In the process, so many little details of Gwenna's life came up: who is that terrifying spectre who follows her? What was the story of her parents that went so wrong? She was like this flower growing out of a rotting coffin. When she walks off at the end I realised the first book was just a sort of introduction and the dreams are very connected to her, which begins to be clear in the second book. The dreams have a role to play in her story, but once that is played out we still have her to follow until the end. Book three and four are novels for that reason: the role of the dreams is finished. 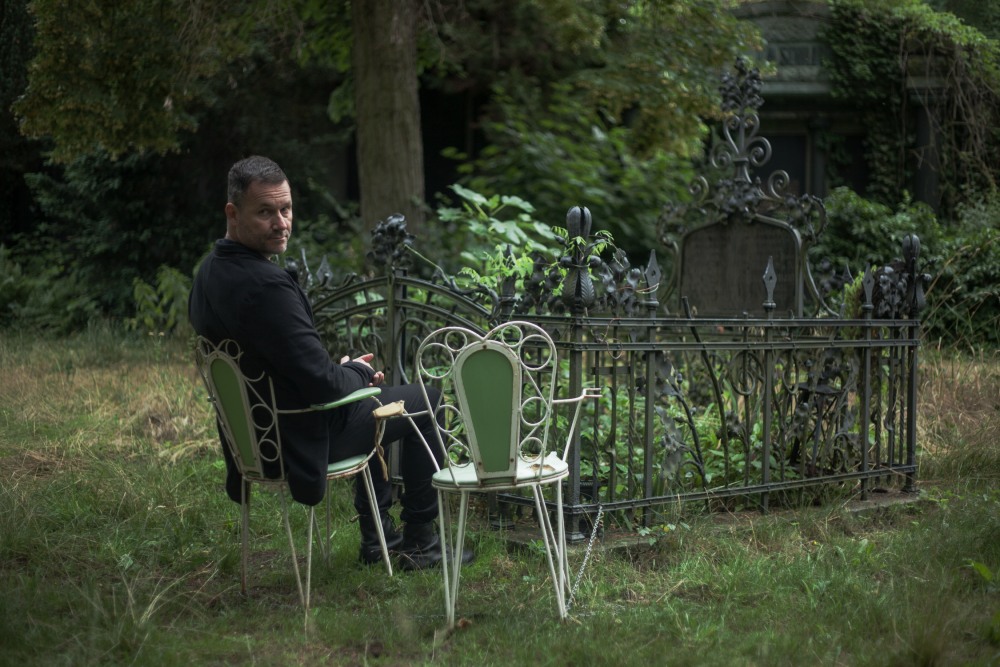 Horror author Guenther Primig says that his approach to writing is to place emotion over explanation, allowing readers to experience an unfiltered, chilling sense of the uncanny

What are your and your publisher's plans for the Gwenna Luna brand going forward?

I'm very focused on writing the last two books now. So, I probably have more of a superstitious dread of speaking about plans than Nadir, the producer/publisher. But there is some interest already regarding a movie adaptation of the vampire story from the first book, ‘The Valley Without Laughter’, which would be great fun. And you can't live in today's media world and not be aware that series are a thing-horror anthology series in particular- and that we have a story here that's ideally suited to that: The Dark Book of Gwenna Luna is, in a way, a six episode season. But, like I said, the main thing for me is to get the books right. We've seen what happens to series that start shooting before the books are finished with the last season of Game of Thrones. There’s a horror for you!

The Graveyard of Gwenna Luna: Six More Dreams from the Dark Book by Guenther Primig is published Barksin and is available now on Amazon, priced £7.28 in paperback, and £4.36 as an eBook. The Dark Book of Gwenna Luna: Six Dreams of the Supernatural is also available on Amazon, priced £7.28 in paperback, £2.30 as an eBook, and £12.07 as an audiobook. For more information visit www.GwennaLuna.com or follow Barksin on Instagram at @gwennaluna.