Seven things I'd like my readers to know about me by Melissa Wiesner, author of Her Family Secret

Author Melissa Wiesner writes a piece for Female First upon the release of her new book Her Family Secret. 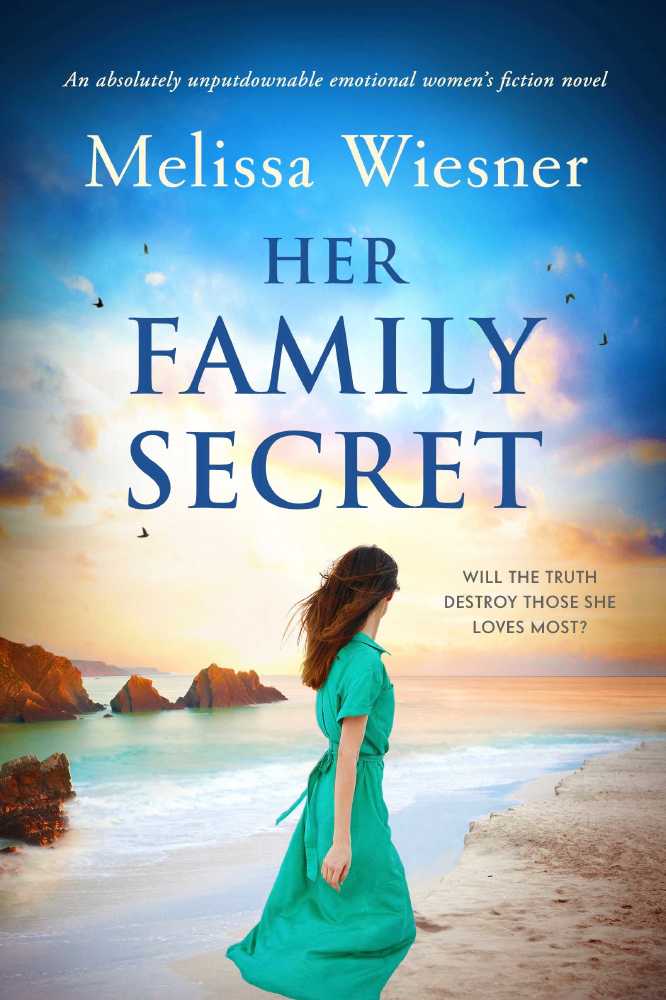 1. I studied film production in my undergraduate program. One comment I often hear about my novels is that the descriptions of settings are vivid, and that readers often feel as though they’re on a beach in the Pacific Northwest or a road trip in the desert, right along with my characters. I attribute this to the fact that, as a filmmaker, I was a visual storyteller before I was a written one. It’s in my nature to think about what a scene looks like as it plays out—almost as if a moviegoer were watching it.

2. In my mid-20’s I switched careers, and now I work in the Social Work department of a university. I glean so much inspiration for my books from working in Social Work. Social Work is all about personal interactions—learning people’s histories, their struggles, and empowering them to overcome obstacles. Writing Women’s Fiction is exactly the same, just with fictional characters!

3. I didn’t start writing until I was 39 years old. I’d never taken a writing class or even written a short story before I sat down to write my first novel. The first draft was absolutely terrible, but I found wonderful writer’s groups to give me feedback, and I kept writing and revising. And five years later, I’m about to see my first novel published! It’s never too late, and there isn’t one formula for success.

4. I’ve always been crafty, and I’m not happy unless I’m working on at least five different projects. When I was a kid, I did all kinds of art including drawing, painting, making jewelry, and sewing. Now, my projects are usually house-related: a glass mosaic I’m building on the wall of my garage or a dresser I rescued from the garbage that just needs a few screws and some paint. My poor, beleaguered husband is always tripping over my boxes of glass and stubbing his toe on my half-painted tables and chairs. I remind him of how much money we save on furniture and décor!

5. What I save on furniture, I turn around and spend on plants. It may be a bit of an addiction, actually. I absolutely love to dig in the dirt and plant things in the ground. Do not send me to the hardware store for a box of nails, because you won’t see me for three hours, I’ll come home with a trunk-full of perennials, and I may just forget to buy your nails. Until recently, I was able to rein it in because we live in the city and there’s only so much space for planting in a 20 x 20-foot garden plot. But, we recently built a tiny cabin on my in-laws’ land in rural West Virginia, and the space for planting is absolutely endless! It’s a blessing and a curse.

6. I’m a life-long city girl who is fascinated by the country. Expect a book set in small-town West Virginia from me at some point, because I’m absolutely enthralled by the romance of rural life…Everyone knowing your name, the neighbors coming together to help each other out, generation all growing up in the same place…There’s something so special about those personal connections that you simply can’t recreate in the city.

7. Travel is a big a part of my life. Probably another reason why I work hard to make my settings so vivid! I love to immerse myself in new places—to experience cultures, try new foods, and learn from people whose backgrounds are different than my own. I want my reader to have that same kind of immersive experience when they read my books.

Melissa Wiesner is a night-owl who began writing novels about five years ago when her early-to-bed family retired for the evening. In 2019, she won the Romance Writers of America Golden Heart® Award in the Mainstream Fiction Category for her first novel. Melissa holds two Master’s Degrees in Public Health and Community Agency Counseling. Her day job is in Social Work where she often encounters people knocked down by hard times but who pick themselves up and keep going, just like the characters of her novels. Melissa lives in Pittsburgh, PA with her charming husband and two adorable children.

RELATED: Seven things I'd like my readers to know about me by Gillian Harvey, author of Perfect on Paper

I always wanted to be a mum, but was told by a fertility doctor back in 2007 this wasn’t likely to happen without IVF. When my first IVF failed the same year, I wondered if I’d ever conceive. In 2009, we had a successful attempt, then another in 2011. By 2012, I was the mum of a 3-year-old girl and baby twins. Then – against the odds – two more surprise miracles came along. I went from infertility to 5 children aged 5 and under in the space of 6 years. And yes, I am exhausted...