Seven reasons why women should write fantasy by Rebecca Zahabi, author of The Collarbound

Rebecca Zahabi writes a piece for Female First upon the release of her new book The Collarbound.

1. So young girls stop getting angry

When I was 12, I read a book in which the main character was a sorcerer, and there was a school of sorcerers, mostly (only) for boys. Later in the books, his friend becomes a knight. And the school is mostly (only) for men. 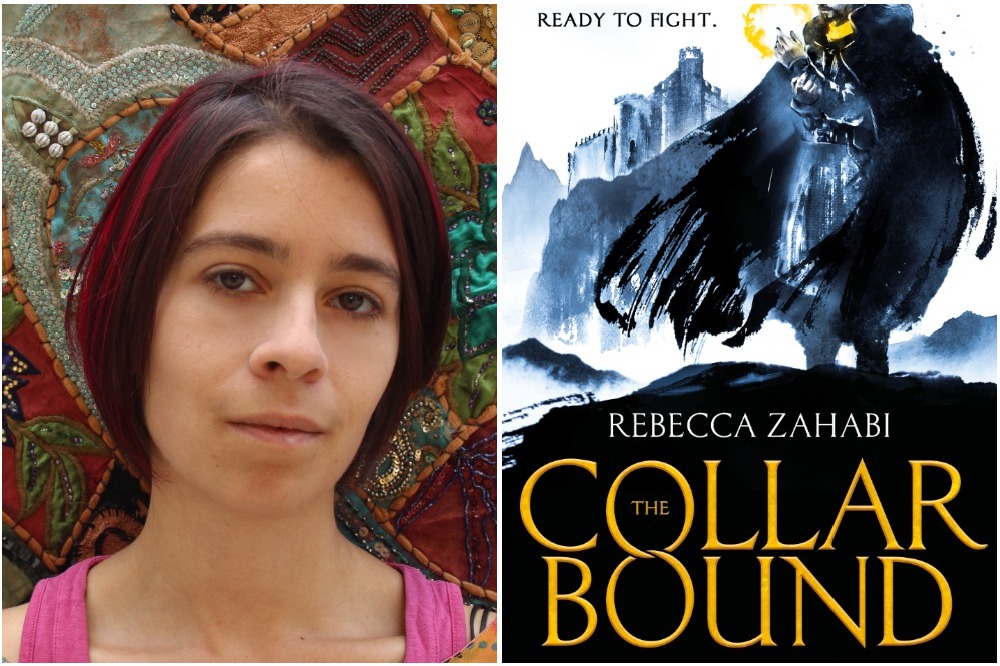 That’s when I became a writer. Full of righteous anger, I sat down to write a story about a young girl becoming a knight. I’m not the only person to have had that urge: much later, I discovered Alanna: The Song of the Lioness by Tamora Pierce, about the first female knight of the realm. I realised women have been feeling pushed out of epic fantasy – swords and sorcery and magic and fun – for decades.

Women need to write fantasy so they stop getting excluded from of the narrative.

2. So we have more than one role-model

Recently there’s been more fantasy stories with female characters but, crucially, there tends to be only one woman in the story, and always the same woman: the Strong One.

Now it feels like women are only allowed to be one kind of character in fiction, powerful, driven. This is in part because if there’s only one woman in the story, she needs to be perfect because she’s forced to represent All Women. More than one woman, by herself in a world of men, we need a plethora of women, in all their rich variety.

Which brings me to my next point:

3. So female characters can be flawed

Women need to be allowed to be flawed. We need female characters who are liars, cowards, petty criminals, villains. We need mad, bad and wild women – heroes and anti-heroes alike, we need to show girls they can be who they want, in whatever way they want, and that there’ll be a place for them.

We need to be allowed to make mistakes, to fail, and to still be counted the hero of our own story.

4. So female characters don’t have to conform to a male idea of strength

And that’s another problem for the Strong Woman in fiction: she’s often strong in a traditionally ‘masculine’ way. She can punch harder. She can spread her legs and speak in curt tones and lift weights. She’s gruff and tough.

And while all of this is fine, it can be limiting. If the only way for women to be included is if they copy the toxic masculinity tropes of the male heroes, what’s the point?

5. So female characters don’t have to be sexy

There is often only one non-masculine trait allowed for strong female heroines: being sexy. Women’s stories and backstories are often linked to who they loved or didn’t love, how often they have or haven’t had sex – they’re defined by their relationships rather than their achievements. Are they sexy and had lots of steamy sex, like Yennefer in The Witcher? Are they virgin warriors, like Brienne in Game of Thrones? We shouldn’t need to know, or care.

Even more harmful, in Medieval fantasy especially, is the fact that women’s stories and backstories tend to boil down to being raped (or, more rarely, how they avoided being raped).

Let’s write narratives in which the lust people feel for our heroines isn’t what defines them.

6. So we fight interiorised misogyny

Of course, women can write sexist stories. This is because we repeat the narratives we are fed – hence the importance of changing the narrative.

7. So we use fantasy as a new way of exploring gender

Rather than being a rigid, patriarchal Medieval landscape, fantasy fiction could become the ideal playing ground for exploring gender roles. There’s magic, after all – nothing prevents the writer from making characters able to shapeshift between genders, create species which don’t have the male/female dichotomy, create alternative worlds where gender roles are wildly different from our own.

We simply need the creativity to make our fantasy stories as rich as they can be.