Seraphina Nova Glass writes a piece for Female First upon the release of her new book Someone's Listening.

Let’s get something straight. Female characters do not need to be “likable.” It’s a double standard to demand that of them. In fact, if you scroll through Goodreads or Amazon reviews of your favorite books, I can nearly guarantee you that you will not see a male character described as unlikable. 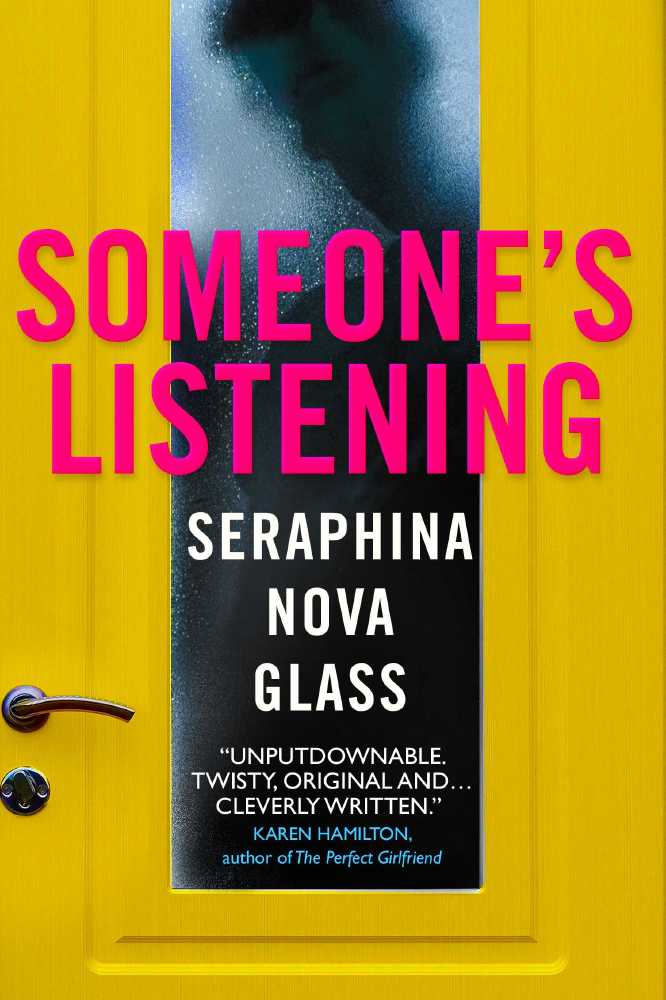 I don’t want the perfect protagonist who holds it together no matter what trauma befalls her, and seems to repel all hardship like she’s wearing Wonder Woman bracelets and deflecting bullets, and does it all with a smokin’ bod, of course. That’s a yawn for me. I want an oddball, an outcast, someone who can be an asshole or act selfishly—I want a raw, flawed character because it’s real and it’s interesting, and much more relatable. So here are a few books with delightfully unlikable female characters that you’ll love to hate.

The Woman Next Door by Cass Green

Two suburban women. Two dark secrets. The almost perfect murder. When Melissa takes help from her strange, elderly neighbor, Hester, she doesn’t realize she’s the neighbor from hell. But she’s stuck with her because Hester has made herself very involved in Melissa’s life. Some may say she’s obsessed, so when Hester has the opportunity to help, Melissa takes it, but she’ll have an unthinkable price to pay.

Without spoiling the plot, what I think makes this unique is that two fairly “unlikable” characters serving their own interests with reckless abandon. They act selfishly and thoughtlessly, and that’s exactly why it works. We’re fascinated by the string of choices they make as unsound as many of those choices are. Despite the fact that they are at odds with one another, they need each other, and I found that even if I didn’t like them, I still wanted them to come out on top which makes it refreshingly different.

One by One by Ruth Ware

Ruth Ware never disappoints. In her new release, a group of co-workers are snowed in at a rustic mountain chalet in France. Trapping characters in one location and then picking them off one by one, always makes for a page turner, but what makes this one stand out is its duel first person narrators. Flipping back and forth between Liz and Erin, we get two very different perspectives of the dire circumstances.

It’s almost impossible to talk about this one without giving away the plot and yummy twists, so I’ll leave it at this: Many call Ware the Agatha Christie of our time, and yes, this book is very reminiscent of the her 1939 novel, And The There Were None, but…what Ruth Ware does with “unlikable” characters and how she makes you connect, and dare I say, care, about them is why it’s delicious and undeniably still a great read.

Then She Was Gone

This is certainly an uncomfortable thriller full of twists you never see coming. When fifteen year old Ellie Mack goes missing, the family is still desperate for answers a decade later and the reader is equally desperate to know what happened to her. Lisa Jewell is so incredibly skilled at weaving a mystery and bonding the reader to her characters that you’ll be thinking about this book long after you finish it.

This one is also multiple perspective point-of-view, and when you discover who is the “unlikable” and even down right loathsome character in this story is, it’s shocking. It’s easy to make a character like this one (which I won’t spoil here) one dimensional, but Jewell gets us in the characters head, makes us empathize even, at times, and creates such a complex character that you can’t help but share their pain as you simultaneously find their actions reprehensible. Then you find you’re disgusted that you empathized when you uncover more about this person. It plays with your emotions, and this complexity is what’s so genius about Lisa Jewell’s writing in general. She’s a gift to the thriller genre.

It’s no wonder this story of relentless stalking and home-wrecking was an instant success. Amber Patterson unapologetically befriends Daphne, the wife of the man she wants for herself. She’s a master manipulator who gets closer and closer to this family under the guise that she’s Daphne’s BFF. The lengths she’ll go to earn the family’s trust while secretly setting traps to get Daphne out of the picture are shocking and anxiety-inducing.

The reason I think this book is such an accomplishment, is because yes, you can have a flawed or somewhat unlikable character and people can still relate and connect, but here you have a protagonist who’s the bad guy and so unabashedly remorseless that you don’t understand why you’re rooting for her, but you ARE. The author has made us want Amber to succeed in destroying a family and stealing a man, but simultaneously, of course, we don’t want her to. Poor Daphne. How could we be rooting for Amber? And that’s why it's a gem.

The Perfect Girlfriend by Karen Hamilton

Now this is a ballsy protagonist. Juliette takes stalking to a next level in Hamilton’s debut novel. In the vein of The Last Mrs. Parish, she’s a character you love to hate--a sociopath you root for. It’s no easy feat making a character who is this flawed, compelling, but Hamilton accomplishes this and you find yourself wanting to know what totally over-the-top thing Juliette will do next to get the man she’s obsessed with.