Despite the snowy setting, this book won't leave you feeling cold.

The world of competitive sport is a dangerous one for a bunch of different reasons. Take snowboarding, for example. Not only do you have to compete with the fear of breaking your neck always at the back of your mind, but you’ve got to go up against some of the most daring athletes the world has ever seen. For many of them, their dream comes before anything - and everybody - else.

Such is the case for the young group of rising snowboarding stars in Shiver; or at least, such was the case 10 years prior to the present day events that take place throughout the book. Still, the desire to succeed - to win at any cost - still burns deep within our protagonist and her friends.

With her debut, author Allie Reynolds takes us on a pair of duelling timelines; that of the present and that of a decade before, when something mysterious and sinister happened in the peaks of Le Rocher ski resort. It’s a risky strategy for an author, risking confusion for the reader, but Reynolds is more than capable of ensuring that any complications are left to a minimum. For much of the story, the timelines alternate with each chapter, which feels like a comforting and welcome pattern.

Our narrator for the journey is Milla, who accepts an off-season invitation up to the ski resort from an old friend. Hoping for romance as well as catching up for old time's sake with some friendly faces, she’s desperate to re-cement the bond that was fractured 10 years prior, following the disappearance of one of her most vicious fellow elite athletes.

When she and that group arrive however, it quickly becomes clear that they’ve been lured into something much more dangerous than the flips, tricks and stunts they were all performing on the pipes in the years prior. Someone’s got murder on their mind, and they’re going to play a vicious game to try and unearth the truth that was buried under the snow, all those years ago.

Whilst we trust Milla almost inexplicably, at times she hints to something dark and nefarious from her past which could be the reason she’s now in this precarious position. As a reader, our minds flit from each possible scenario, wondering if she could even be the one to have made sure her rival disappeared.

Character depth and description is something Reynolds excels at. Each of the various personalities we’re introduced to have their own distinct traits, issues and challenges. None of them are written as a hero, either. They’ve all got their shady pasts and have made mistakes, and Reynolds isn’t afraid to delve right into them. It makes them all the more relatable, rather than giving them a Marvel superhero vibe that is often associated to the ‘good guys’ in a thriller like this.

Reynolds has the ability to transport you right to those snowy mountains with her words. I know I for one felt a few shivers go down my spine, despite being sat in the warm comfort of my living room, whilst reading. This is a magical ability that few authors possess; and an extremely important one where the setting of a thriller almost becomes a character in its own right.

If you’re looking for an incredible new read that will keep you guessing right up to its final moments, then this is the perfect purchase. I can’t wait to see what Reynolds does next.

Shiver by Allie Reynolds is out now.

RELATED: Author Allie Reynolds writes an exclusive piece for Female First to celebrate the release of her new book

Many years ago, as a freestyle snowboarder, I spent five winters living and training in the mountains, including two winters in the French Alps. France has some very high mountains and glaciers. I’ll never forget the feeling of standing on a glacier with mountains spreading as far as the eye can see. It’s an icy white world, full of natural dangers, that feels so far away from civilisation… READ MORE 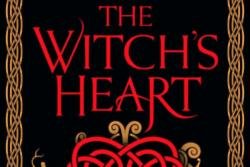 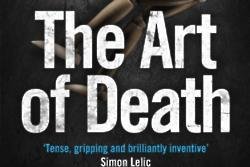 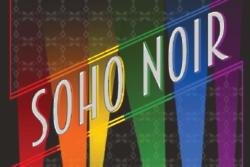