Author Suzanne Fortin writes a piece for Female First upon the release of her new book Beyond A Broken Sky. 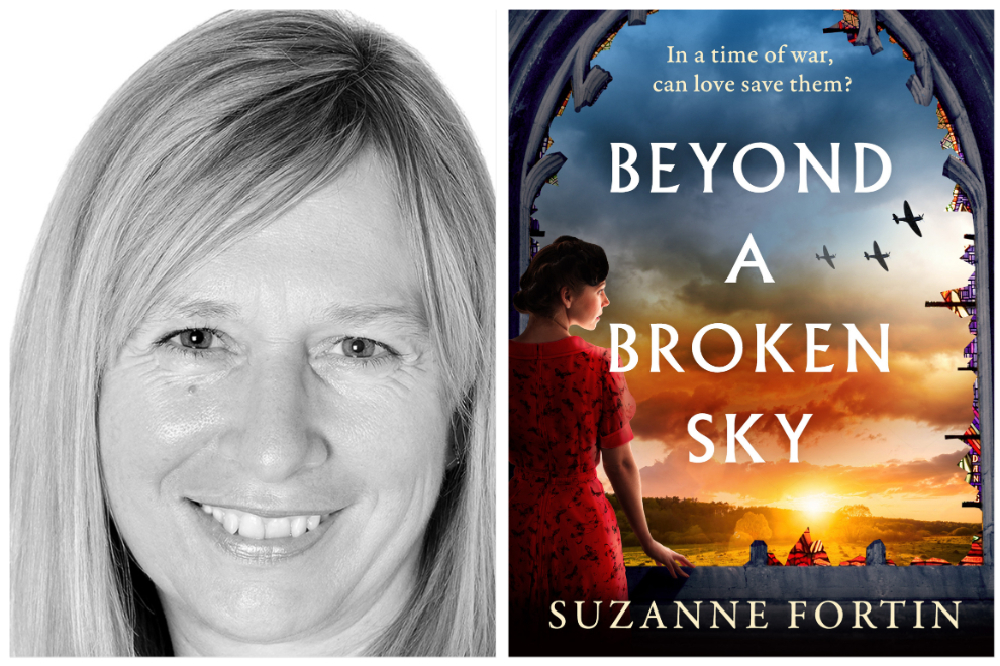 Suzanne Fortin, Beyond a Broken Sky

I wanted to let you know how much I enjoyed the Sue Barton books when I was younger. I was introduced to the series by my mum when I was about ten years old. I remember her buying me Sue Barton Student Nurse, the first of the seven-book series and I was hooked immediately.

Sue was such a great character and I loved following her from Student Nurse all the way through to Staff Nurse, the friendships she made and, of course, the gorgeous Dr Bill Barry who she went on to marry and have a family with. Every birthday or Christmas I would put a Sue Barton book on my wish list and my mum never failed to get me the next book I needed. I was so invested in Sue Barton’s life, I really wanted to be her and with every book, the idea of going into nursing gripped a little tighter.

Looking back now with adult eyes, although the Sue Barton books were published between 1936 and 1952 and were somewhat traditional in that the female character went into nursing, married a doctor, became a mother and was a well-respected member of the community, you created a character who was something of a role model for young girls.

Sue Barton was also about female solidarity and friendships as well as simultaneously navigating relationships and work. The books reflect true life internal conflicts faced by many women as the try to balance work and home, worry whether they have lost their identity or their identity has changed, wonder if they have stagnated and whether they can be the perfect mum as well as the perfect wife and perfect employee and ultimately feel they have to compromise somewhere which often comes with a lot of guilt.

Sue Barton had to do all this too. She had to accommodate her husband’s career, she had to be a working mum and she had to step in as the bread winner when her husband became ill. These are the same challenges that women face today and although in real life, it may be somewhat harder than it was for Sue Barton, the character was an excellent role model for young women and showed them that they could break away from the traditional choices they may have been expected to take, especially back in the 30s, 40s and 50s.

My first weekend job was as a carer in an old people’s home – I was about 15 years old and although I had long since finished the Sue Barton books, it did come back to me how I was doing something similar that my book heroine had been doing.

I’d love to say that I did, in fact, go on to be a nurse but sadly my ‘expertise’ in biology put paid to that. However, it did show me that women can embrace a career and still have a fulfilled personal life, albeit through the rose-tinted glasses of fiction. I like to think Sue Barton was stepping out into a more liberal world and really was an inspiration for my ten-year old self.