If you've ever felt like a complete failure at everything, then The Dimple of Doom might be the romantic comedy for you. I wanted to write a story about a treading water, non-tall, non-size-zero, imperfect heroine who tries hard and still belly flops. Samantha is a foundering actress in Los Angeles who works at a soul-sucking day job to keep herself in cheeseburgers. The Dimple of Doom

When the book begins, things are pretty stuck for her, and her dating life is a barren wasteland of broken dreams and greasy hipsters. I threw a bad boy at her (non-greasy), along with a few gunmen, a stolen Picasso, and some square-dancing to find out what would happen. Well, she rises to the occasion to win the man and the day - spectacularly, and using roller skates, like all sensible ladies. Maybe she just needed sufficiently desperate circumstances in which to find herself, and that can be so true of life. If you enjoy heroines who save themselves and wisecrack while they do it, then you might like Samantha Lytton.

This is book one in the Samantha Lytton, so what are you plans for the next one?

I just turned in book two, and I'm so excited about it! Samantha's wildest hopes and dreams have come true at the beginning of the next installment, so I simply had to destroy her life, of course. Just a little. Bwaahahahahahaaa! (Evil writer laugh, patent pending.) I gave her not just one, but two hot men to make up for it, though, because I'm not a complete monster. In the first book, Samantha doesn't have a lot to lose (except for her life, whoops), but in the second, she could gamble away an amazing new existence, and it's a brand-new fear for her. She could also lose her be-dimpled lover Sam, and that's even worse. But Samantha is redoubtable, so I have a feeling she'll do okay in the end.

Why is it important to you to combine steamy with funny?

I can't write without the funny - it's just not in me. I think I'm the secret love child of Mel Brooks and a rubber chicken.

Sex is so inherently laughable - all those grunts and thrustings... and the mess! Of course, it's beautiful, too, and joyous. Joy and humour go hand in hand; one often leads to the other. After all, what do most of us say we want in a partner? Someone who makes us laugh. Laughter is what helps us through the worst times in life, and it enhances the best ones. And I think we can all agree that great sex definitely falls into the "best" category.

The book travel through LA, Vegas, London and Paris, so have you visited all the destinations featured in the book?

I have! Not a coincidence, although I have written about places I've never been (Google Earth is a marvel). Los Angeles is practically a character in the Dimple books, and I live there. I have a love/laugh-at relationship with this city. It can be terribly haughty and ridiculous (often at the same time), but it's also a sunny, wonderful place to live if you enjoy sprawl, smog, and terrible drivers. Vegas is... well, Vegas. It's a walking headache, but that can be fun, especially with a few drinks in you. Never gamble with me, though - I'm a cooler, and I'll kill your winning streak. Sorry 'bout that. Paris is gorgeous and perfect, so in my version, I had to add a few attacking aliens in spaceships, naturally. London is the city I would move to if given the choice - it's an amazing, historical, bustling wonderment of steel and stone. Book two is set mostly there, and I loved writing every moment of it - total wish fulfillment for me! Plus, I have a pretty darn good English accent that I think I could get away with using, what what.

The book is unusual, where did the inspiration come from for the story?

From a potato ball! Which makes sense if you read the first chapter. I ate a potato ball one day, in an office (it was excellent), and the notion of a floundering secretary taking solace in potato balls popped into my head. She felt stuck, and unhappy, so I offered her a sexy man with a devious dimple up his sleeve. What's better than a charming thief who's not really bad, just semi-bad? I even called the book "Potato Ball" for the longest time until I came up with "The Dimple of Doom."

Samantha's an actress, so the idea of her seeing her life in terms of scenes from movies felt natural to me. We all daydream one way or the other - it's a way to script life the way you'd like it to be, instead of the crappy way it can be. That's where the inspiration for the interspersed "movie scenes" came from. Also, any day I can parody Casablanca and work it into a book is a very good day.

Can you relate to the character of Samantha at all?

Ha ha! Oh, my, yes. Anyone who is an author can feel empathy for an artist like Samantha who tries, tries, tries, but fails to break through, no matter their talent. Often, success has a lot less to do with ability than sheer luck, or connections. I did infuse Samantha with my own "never give up, never surrender" attitude, and I think that's a trait I tend to give all my heroines. You can't write three hundred pages about a lady who does nothing but whimper on the floor in raggedy pyjamas. You'll get fifty pages out of that, tops.

In terms of love, I was lucky enough to find my true match much earlier than Samantha. My husband lacks a dimple, but possesses the amazing hazel green/brown eyes that a certain thief uses to devastating effect.

Who are your favourite reads in the genre?

My Kindle is full of Julia Quinn, Julie Anne Long (both lovely, funny romance writers), Elizabeth Peters (creator of my favourite character ever, Amelia Peabody), J.K. Rowling (duh), Zoe Archer (amazing adventure romance), Alexander McCall Smith (you need The No. 1 Ladies' Detective agency books in your life - trust me), and Marta Acosta (very funny women's fic). One of the most amusing romances I've ever read is Sandra Hill's "The Very Virile Viking," a time-travel adventure starring; you guessed it, a very virile Viking. I'm just upset that I didn't think of that title first.

It's so very hard, she said, pun intended. Obviously, the sexy portions of a romance need to actually be sexy - no throbbing members or glitter purple prose. I adore making it steamy for my characters; it's just polite if I'm going to torture them all the time. That being said, a bit of levity now and again doesn't hurt, even at the crucial moment. I recently wrote a scene in which the heroine's undergarments get tossed tempestuously across the room in a spark of unbridled passion... and land on the cat's head. The hero then quips, "His therapist is going to have a field day with that." I think those are the sorts of moments that increase intimacy for a couple, and sex plus intimacy is one of the roads to happily ever after. Sex makes you so vulnerable! All those naked parts and emotions at play. Plus, the cat stares at you funny. But laughter brings people together... in more ways than one, she said with a wink.

I usually begin with an idea for a character. I envisioned Samantha first and foremost - who she was, who she dreamed of becoming, what she envisioned happiness to be. Then, I put the character in a situation and try to steer them down unusual paths. I don't usually work with any sort of outline, except if I've written up a proposal for a book (In which case I generally stick to it. Mostly).

I'm a "pantser," as in I write by the seat of my pants. One time I outlined a novel, and I found that afterward, I didn't care anymore because I knew what was going to happen and where. I need the surprise that comes with not being too tied down to a rigid X-must-happen-by-page-99 structure. Although I do keep a list of dangling plot points and whatnot to make certain I resolve them - nobody should dangle in a romance novel. It's unseemly.

I'm not one for advocating too many writing "rules" - an artist should use whatever process floats her boat. I just try to write a fast-paced, fun story that I would want to read, starring characters I can root for. I guess my one rule is "write what you would want to read." In the end, the writing itself is all you're guaranteed to have, so you better fall in love with it, and feel proud of your accomplishment no matter what happens after that.

I'm about to begin writing Dimple book three! Ooooooh, do I have things in store for Samantha and her burglar. You'll laugh, but they'll cry.

I'm also editing my first paranormal romance - an interracial rom-com about a nerdy African-American Vampire who owns a failing comic book store and the pasty white Were-Bunny who happens into his store from the local trailer park. Strange things are afoot at The Tattered Pages comic shop, but these two misfits are exactly the right folks to step in and save the world! Or, at least, the tiny town of Gator Riviera, Florida. I'll be sad to finish it - I'm madly in love with my shy, clever Beta hero. It'll likely be a three or four part series. There'll be witches, Fairies, all sorts of strange creatures - I wanted to create a Paranormal world chock full of weirdness. It should be fun! 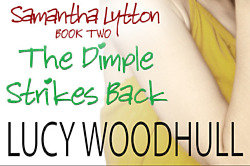 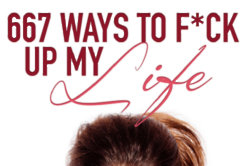